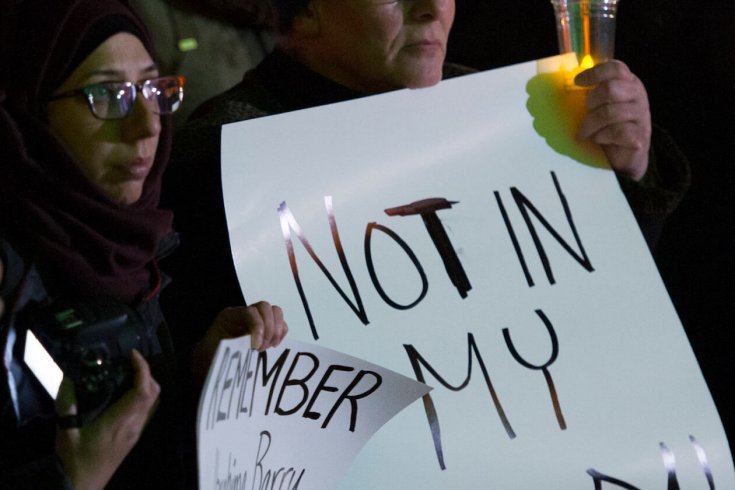 Last year, the National Council for Canadian Muslims sent a letter to Prime Minister Justin Trudeau with a simple request: declare January 29 the National Day of Remembrance and Action on Islamophobia.

It seemed like a reasonable suggestion. The date is the day that Alexandre Bissonnette’s attack killed six worshippers in a Quebec City mosque. While police have yet to confirm the motivation for the shooting, Trudeau has called it an act of terrorism, and many have linked the attack with rising Islamophobic sentiment in Canada.

Parliament also declares days for an array of different things, some serious and some not. It has declared a day commemorating the victims of terrorism, a day to remember fallen police officers, and a day to honour the fiddle. All-in, Parliament has designated more than seventy days for various reasons.

Rabbi Jonah Rank took to the Canadian Jewish News to encourage Canada’s Jewish community to get behind the proposal. A litany of Muslim groups and other faith groups signed off on the open letter to the prime minister. Yet NDP leader Jagmeet Singh was the only prominent political leader to endorse the idea.

The prime minister dithered. “I think it’s important to underline intolerance directed at people of faith, but we want to avoid that type of backlash that we’ve seen when we take these kinds of actions, because, unfortunately, there is still a small intolerant minority,” he said during an interview on Radio-Canada’s French-language morning show Première heure in January.

While Trudeau told the station he was still in “reflection” on the decision, it seems obvious now that the government has opted not to make the declaration. And that feels like a win not only for that “small intolerant minority” but for Conservatives who have only been too happy to craft this political moment as cover for standing against something that, for so long, has been evident: Islamophobia, much like discrimination against other religious minorities, needs to be actively opposed.

In a statement to The Walrus, a spokesperson for leader Andrew Scheer wrote, “The Conservative Party is open and inclusive and we support efforts to remember the victims of this heinous attack and stand firmly against religious discrimination.”

Despite that supposed openness, though, the party won’t be supporting the call from the Muslim congress. They’ll be introducing a motion today to call January 29 the “National Day of Solidarity with Victims of Anti-Religious Bigotry and Violence.” Their plan, in essence, is to whitewash mention of Muslims and Islamophobia on a day meant to commemorate an attack on Canadian Muslims’ place of worship.

It’s not a surprising move from the Conservatives, given the party has railed against the very word at the heart of this issue: Islamophobia.

Last year, a Liberal backbench MP put forward motion M-103, which decried Islamophobia and called on the House of Commons to study its root causes—indeed, the root causes behind all systemic racism—and come up with a plan to combat it. Far-right groups in Canada weren’t happy. “No special treatment. Islamophobia brings Sharia,” read one protester’s sign in Toronto. Others waved around placards with cartoons of the Prophet Muhammed. At some of the demonstrations, the anti-M-103 protesters clashed with counter-protesters, from antifa to hijab-clad women brandishing their own signs: “Muslim lives matter.”

The Conservatives added their voices to that chorus, offering an array of different reasons as to why they planned to vote against M-103 (only two Conservative MPs broke rank and voted for the motion). The Conservatives insisted that they supported efforts to fight anti-Muslim bias. They just could not, as Andrew Scheer put it back then, support a motion which “does not define Islamophobia.” A lack of definition, he contended, means the word could be broadened or abused to stifle free speech. It’s a notion that kept cropping up. Conservative MP David Anderson said during debate, “There are many in the radical community who are trying to use this phrase as a catch-all.” Even MP and Conservative-leadership runner-up Maxime Bernier, who admitted that there was no threat to free speech posed by M-103, refused to support it because it did not define Islamophobia.

M-103 was a non-binding motion, meaning it wouldn’t actually change anything about Canadian law, so concerns about a lack of a definition were, at best, misplaced. What’s more, the Conservatives, when in power, had adopted the Ottawa Protocol on Combating Antisemitism, a document calling on governments worldwide to fight antisemitism—although it doesn’t, like M-103, provide a clear definition for that word.

During the M-103 debate, MP David Sweet read out loud from a National Post column from writer Raheel Raza, in which she explains her opposition to the word, contending: “The term Islamophobia was created in the 1990s, when groups affiliated to the U.S. Muslim Brotherhood decided to play victim for the purpose of beating down critics.” Search through the debates and committee transcripts from the House of Commons, or within the pages of the Toronto Sun, and this odd notion, that the word Islamophobia itself is some product of a global Muslim conspiracy, keeps coming up. Opponents of M-103 pushed this idea that Canadian Muslims, somehow at the behest of the shadowy brotherhood, were looking to overhaul Canadian laws to criminalize criticism of Islam.

It’s apparently this fear that’s keeping the Conservative party from supporting the day of commemoration. Empowering the word, Conservatives say, would stifle free speech and discourage legitimate criticism of some sects of Islam or some Muslim-majority countries—though they’ve offered no real explanation for why any of that would happen.

While Trudeau was happy to go all-in on the fight of M-103, he seems less inclined to jump into the fray on declaring a day commemorating the violent deaths of six men, all of whom were killed merely because they happened to be attending Sunday prayers.

The truth is there is little substance behind the idea the word Islamophobia is some sort of Trojan horse. It is neither a new word nor a particularly controversial term, at least not until recently.

“For some of us on the Commission it was a new term, a rather ugly term, and we were not sure how it would be received,” reads a 1997 report from the UK’s Runnymede Trust. “However, it is evident from the responses which we received that Islamophobia describes a real and growing phenomenon—an ugly word for an ugly reality.”

The trust, which bills itself as the UK’s leading race-equality think tank, admits it did not create the term, although it did bring it into the mainstream. “It was already in use among sections of the Muslim community as a term describing the prejudice and discrimination which they experience in their everyday lives,” wrote Gordon Conway, in the forward. The report offers a concise definition, as: “dread or hatred of Islam—and, therefore, fear or dislike of all or most Muslims.”

In 2001, at an international forum in Stockholm, hundreds of officials from dozens of countries—including Canada’s justice minister of the day, Irwin Cotler—agreed to a declaration calling on all countries to “combat genocide, ethnic cleansing, racism, antisemitism, Islamophobia and xenophobia, and to combat all racial discrimination and the intolerance associated with it.”

Nobody seemed too hung up on the matter of definitions then. Indeed, the Conservative in the House of Commons who seemed so concerned about the lack of definitions today didn’t appear worried when, in 2016, they unanimously supported a motion “condemning all forms of Islamophobia.”

It is decidedly curious, and maybe a little too convenient, that opposition to the term has sprung up now. What is surprising, however, is that Trudeau has opted to sit on the sidelines this time around, preferring to fight intolerance by not angering the intolerant.