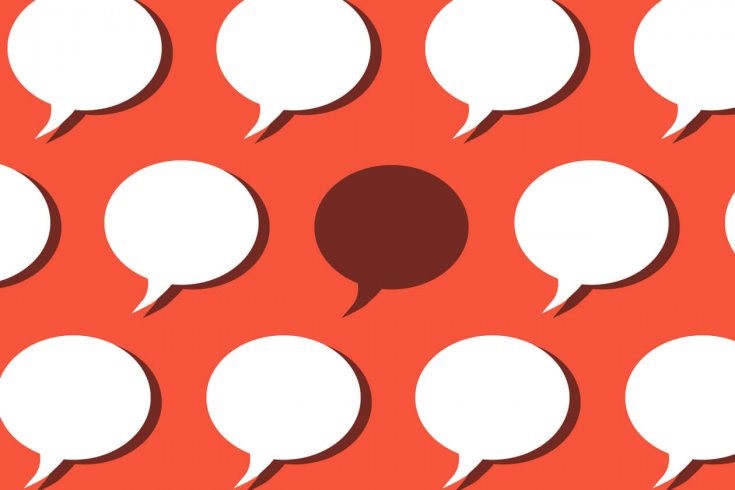 In summer 2017, I entered Matrix magazine’s annual Lit Pop literary awards. To my surprise, the story I submitted, “Evidence,” about a crime that happens at a band’s last show, won second place. It was a boost amidst a writing slump, and I was grateful for the magazine’s support.

As my prize, my story would be published in Matrix, which is affiliated with Concordia University’s creative-writing program and housed inside the university. In early January, when the sexual-misconduct scandal at the school’s creative-writing program hit the news, my story remained unpublished. The women who came forward described a toxic atmosphere in the program, including allegations of sexual harassment, drunken misbehaviour, and abusive instructor-student relationships. Women authors who studied at Concordia wrote many more social-media posts detailing their experiences of physical and emotional abuse, describing painful and lasting effects, both professionally and psychologically. As the story continued to unfold, women began to name an instructor who is also an editor at Matrix; he responded by threatening legal action.

My impending publication, instead of feeling like a win, began to weigh on me. I couldn’t shake my disgust and disappointment. Plus, there was another feeling, something familiar and dark. I’d lost faith in the magazine; I no longer wanted to be a part of it. If you’ve ever come to the heartbreaking truth that you need to, say, quit a job or leave a lover, you likely know this complicated feeling: it’s the moment you know there’s no going forward, no matter how much the opportunity, or the possibility, once excited you. I consulted with colleagues: Was pulling the story reckless? Overdramatic? In my gut, it was the same feeling of knowing what to do in any situation that felt wrong. If I went forward, I would always regret compromising.

Getting a story published in a legacy literary magazine isn’t easy. There aren’t many journals, and most publish biannually. The competition is fierce. An author I know published an entire book of short stories before placing her first story in a journal. For many writers, the greatest reward is often not payment, which is usually a modest amount (for the Lit Pop win I was supposed to receive $150, which has not materialized), or even fame (many stories might have readership in the mere hundreds). It’s purely motivational: it means your work is good and worth pursuing.

That magical motivation factor diminishes when an editor or publication is tarnished to the point that you no longer believe in them. Creating something, whether it’s publishing work in a magazine or acting in a movie, is about lending your talent—and, as such, is an implicit show of support for the project. As a contributor, your name will be associated with the magazine, the movie, the publishing house, whatever it is. It will be connected to that work for long as it exists and, sometimes, even longer.

Beyond questions of association, there are also those of trust. As writers, we must be able to trust our editors to treat our work with care; actors must do the same with directors, and so on. Such power dynamics are often marked with vulnerability. Although this particular editor was handling my work, not my actual person, I was no longer convinced he would treat it with the respect it deserved.

As the #MeToo movement continues at a dizzying pace, with near daily allegations, I’m not the only one grappling with these questions—nor is it only creators themselves who are considering with whom they’re associated. Invisible Publishing put Mike Spry’s books out of print this January, saying, “The quantity of books remaining was below the contractual threshold for keeping those titles in print.” Earlier that month, Spry had published an essay on his webpage, CanLit Accountable, that initially sparked the conversation on Concordia. In it, Spry admitted to participating in the writing program’s toxic environment, declaring his publishing history a “transactional reward for preserving the cultural and institutional privilege of an undeserving few.”

It’s becoming increasingly clear that women (and some men) are no longer interested in helping support that “transactional” system—in growing numbers, they’re refusing to take part, even if it means silencing their own work or curtailing their career advancement. In Hollywood, some actors, including Greta Gerwig and Colin Firth, said they would no longer work with Woody Allen, and Timothée Chalamet said he would donate his salary from the upcoming Allen film A Rainy Day in New York to Time’s Up, the LGBT Center in New York, and RAINN. In Canada, after four women filed civil lawsuits against Soulpepper cofounder and (now former) artistic director Albert Schultz alleging sexual harassment, more than 280 artists signed a letter saying they were prepared to boycott the theatre so long as Schultz continued to have a role there. After he resigned, they also asked the Soulpepper board to acknowledge the harm Schultz caused.

In early January, writer Nicole Cliffe offered to reimburse writers who pulled their work from Harper’s magazine to protest a piece that would reportedly name the whistle-blower who started the Shitty Media Men list. Cliffe tweeted that several authors had, indeed, pulled their work and that “if I have my druthers, the March issue of Harper’s will consist of a now-toothless 200 word piece on the list that doesn’t name anyone and a long meditation from the editor on raw water.” Others offered to help Cliffe pay for the pulled pieces. In the end, Moira Donegan took control of her own story and named herself by publishing in New York magazine. The author of the Harper’s piece, Katie Roiphe, later claimed she had no intention of naming Donegan without her permission. We’ll never know. The response to the supposed reveal was too swift.

My own decision to pull my story from publication was not easy. I walked away from an opportunity. So will others who pull their work—and many of us are exactly the people the creative industries need to hear more from. I’m all too aware that when women and historically marginalized people don’t participate in the media and literary arts, they silence their own voices while men continue to roar. These are not easy decisions to navigate. Not only do we need more diverse perspectives but, in the case of pulled journalism, there is also the added question of what might happen to a story that serves the public good or exposes wrongdoings. When does standing up for ourselves and our values tip over into ceding space to the status quo? When do we do more harm than good?

How we weigh these decisions will continue to change as the publishing world itself does—particularly as we begin to name and discuss unacceptable, abusive behaviour. As author Kerry Clare wrote on her blog Pickle Me This, in reference to the Concordia scandal: “If some guy who edits a literary journal is a powerful figure, then I am fucking King Kong with Godzilla riding on my shoulders, and so are you.” As authors, and as women, we are more powerful than we know, especially in this moment. In the past, competition and a perception of scarcity often compelled writers to accept publishing terms that were less than ideal. But we don’t have to. It’s easier than ever to gain a following for your work by self-publishing or even, say, using social media effectively, like bestselling Canadian poet Rupi Kaur did with Instagram. We have so many options now beyond legacy media.

My own decision came down to this: If no other publication in the world accepted my story, would I feel better about posting it on my own website or seeing it published in Matrix? Both forms of publication would require equal amounts of social-media marketing on my part to attract any readership. But publishing in Matrix after I read about how the editor’s behaviour affected my CanLit colleagues felt wrong, old world, sad, and tarnished. Had I gone forward with publication, I would have felt anxious during the editing process; I would not have been able to stop thinking about the home I’d chosen for my creative brainchild. What’s more, if it were published, I don’t think I would have shared the online link on social media. I would have buried it.

I know that pulling a story in and of itself isn’t going to change things. Nobody’s ever going to remember something that never happened, but the new momentum is about small acts of resistance that can lead to large-scale shifts in attitude. There is power in saying no. It sends a strong message. In pulling my story from publication, I believe I stood in solidarity with my women-writer peers. I said I was aware of this editor’s history of sexual misconduct and I wouldn’t tolerate it. I said it’s time for people to be held to account and understand the consequences of their actions. I exercised full creative control. More than that, I can move on with my integrity intact. I will find my own version of success on my own terms.

The story I pulled, “Evidence,” is on submission.

Suzanne Alyssa Andrew (@suzannealyssa) is a fiction writer and journalist. She is the author of the novel, Circle of Stones (Dundurn Press, 2015) and is working on a new book.