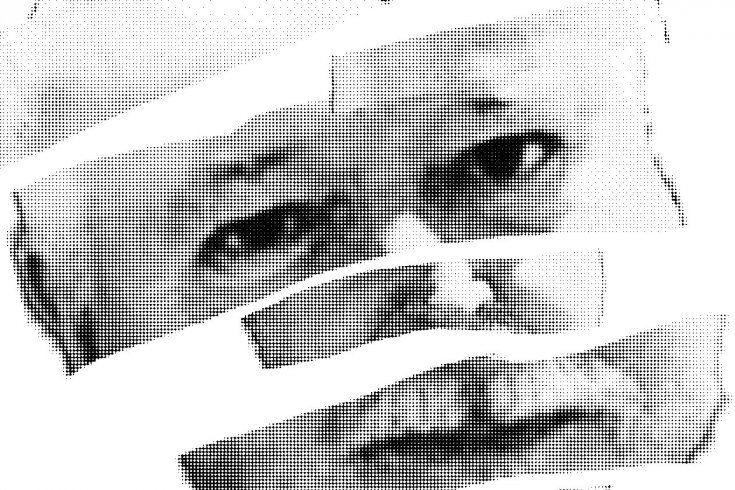 The faces of possible serial killers fascinate us. Do we have what it takes to spot what’s wrong inside? Maybe something in the eyes or how he holds his jaw? The urge is both gruesome and practical; a knack for judging the character of a predator can keep you alive.

Yet when photos of Bruce McArthur started appearing in the media over the last few weeks, many in Toronto’s LGBTQ community couldn’t bear to look. McArthur—who, according to the Globe and Mail, was known to have a penchant for violent sex and had a profile on gay fetish dating app where he looked for “submissive men of all ages”—has been charged with five counts of first-degree murder in connection with the disappearances of five men who hung out in the city’s gay village. McArthur has triggered lingering anxieties among my friends and I that go far beyond grief. We are understandably frightened and angry about the discovery of remains buried in flower pots and planters on properties where McArthur, a sixty-six-year-old landscaper, worked. But the case also reminds us about our more-tenuous-than-we’d-like-to-admit position in Canadian society, and how any salacious details that will emerge during the murder trial—promiscuous, perhaps kinky sex—could stigmatize us anew.

Gay spaces are, for the most part, safe spaces, if highly sexualized ones. The dark room of a bar, the woods late a night, the passenger seat of a stranger’s car, a cubicle at a bathhouse—straight people who marvel at the chutzpah it takes to venture into these spaces lack the folk wisdom that, as long as the homophobic world keeps away, the risk of injury or worse is extraordinarily low. To speculate too deeply on the motives of the guy rubbing up against you on the dancefloor or sending you a message on Grindr is to upend the social contract on which gay promiscuity relies. Trusting one another, and trusting our instincts, mostly works. Unfortunately, this self-policing sexual utopia is catnip for a psychopath.

Gay men are bracing for a trial where moralizing pundits will characterize our booty-call habits as reckless. Mixed in amongst grisly details of how the accused killer allegedly disposed of his bodies will be stories about how singular and specific gay men can be about their sexual needs. Who did what to whom before the murder was committed? How might sex be related to the urge to kill? What kind of explicit texts were sent before meeting? Did they even know each other’s names? And most callously, were the victims asking for it? For a straight world unaware of the particulars of hook-up culture, there will be lots to be appalled about. For the LGBTQ community, there will guilt over the failure to prevent something so horrific.

The murder victims were in their forties and fifties; the accused is in his in his sixties. They are part of a generation of gay men who came of age at a time when, in many milieus, being gay was considered a perversion, an indicator of a flawed character, best kept secret. The parallels between this sexual double life and the double life adopted by psychopaths have frequently been tweaked and exploited by pop culture. In 1980, US gay activists protested the film Cruising, which followed Al Pacino as a police officer who enters the shady world of New York’s gay S&M and leather bars to investigate a serial killer who preys on guys he hooks up with.

Anyone who came of age after, say, the 1990s might consider Cruising’s depiction of gay leather culture as merely an enticing backdrop for a police procedural. Protesters, however, saw the film as based on a dangerous slander: that sexual lasciviousness exists on the same spectrum as blood lust. Worries that one person’s criminality may be extrapolated to an entire community are not unreasonable; being a gay man in a rural community during the height of the pedophiliac priest scandal in the 1980s and ’90s, for example, was certainly no fun. Many marginalized groups feel their respectability can be easily toppled by an outlier act. When there’s an early report of a violent incident somewhere in North America, many Muslims admit that their first thought is: please let it not be a Muslim.

The history of real-life serial killers and murderers who have been linked to the gay community feeds into this anxiety. Jeffery Dahmer, who sexually assaulted, murdered and dismembered seventeen men and boys between 1978 to 1991, was a loner who struggled with his sexuality. John Wayne Gacy Jr., who sexually assaulted, tortured and murdered at least 33 teenagers and young men in the 1970s had been forced to suppress his homosexuality by an abusive father. Canada’s own Luka Rocco Magnotta, convicted in 2014 for killing and dismembering thirty-three-old student Jun Lin, starred in gay porn. Andrew Cunanan, the materialistic and manipulative social climber who went on a murder spree in 1997, killing five men, including fashion designer Gianni Versace (a story currently being told in the TV miniseries The Assassination of Gianni Versace: American Crime Story), is said to have come out to his religious mother when he was 19. Anyone who grew up being told their sexual orientation signalled deeper antisocial tendencies is justified in being a little defensive.

Despite its garish moralizing, Cruising also examined how a homophobic police culture gets in the way of solving crimes. As recently as December 8, 2017, the Toronto police chief Mark Saunders held a press conference dismissing community fears that there was a serial killer in our midst, though some sources say they had already been investigating McArthur in October. Whose lives may have been in jeopardy while police played their PR games? Majeed Kayhan, a person of colour, and an alleged McArthur victim, went missing back in 2012, though cynics say it took the June 2017 disappearance of Andrew Kinsman, a white man, to rally law enforcement. It makes the outreach and inclusion efforts of the last couple of decades, including the police obsession with marching in Pride parades, seem like cover for a lack of interest for LGBTQ safety.

Yet again, we are made to feel like we must fend for ourselves, as we did in the early days of the HIV/AIDS crisis when the authorities dismissed our fears. Like we did against discrimination in the workplace, social ostracism, and a police force that has dedicated so many of its resources to harassing LGBTQ people in park stings and bathhouse raids. These struggles forced us to build a community that can handle many problems on its own. We’re experts at defending ourselves from attacks from the outside. But we’re ill-equipped to deal with a killer in our midst. For that, we need the help of civic institutions that regularly let us down. As McArthur goes to trial, I expect they will let us down again.