How Racism Affects Your Health | The Walrus
Skip to content 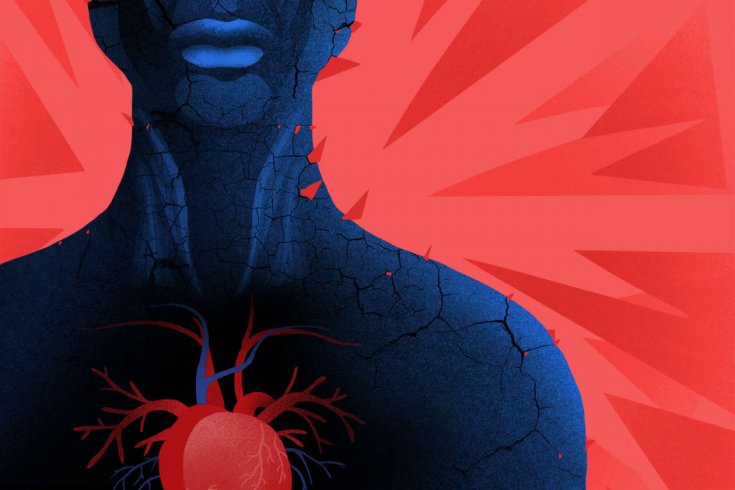 For decades, it has been one of the most vexing questions facing researchers: Why do white people have such a health advantage over racialized groups in North America?

In 1985, a United States government task force showed that African Americans not only suffered more serious medical problems but black men were also dying an average of six years earlier than their white counterparts. Since the report’s release, dozens of studies have revealed similar disparities involving other minorities, including Indigenous people, Asian people, and Hispanic people. In the US, breast cancer rates among Korean and Southeast Asian women have been increasing faster than among any other group, and Hispanic people die at higher rates from chronic liver disease. While race-based health information isn’t collected or made available in Canada in a systematic way, we do know, according to a 2016 survey, that immigrant black women have higher odds of hypertension than immigrant white women.

These disparities have pushed scientists to look at racism as a reason for the dramatic differences in health outcomes. A 2017 meta-analysis of sixteen studies that measured the physiological effects of discrimination found “compelling” evidence of a “complex” association between racism and an increase in cortisol output, the hormone released in response to stress. During a separate US study, the results of which were published in 2012, researchers asked Latina college students to deliver a three-minute speech to a white woman they were partnered with. If the Latina students, who were hooked to sensors, were told that their partner was racist, they had higher blood pressure and a faster heart rate during the speech. That kind of stress response has been associated with obesity, a weakened immune system, and an increased risk of heart attacks. Discrimination, as one US researcher has hypothesized, is a “social toxin” that may be sickening and, ultimately, killing people.

Two recent studies, however, show that the science is far from settled. They suggest that not all racist encounters take a toll on our bodies—in fact, some might even help us live longer. Because these results run counter to established medical wisdom, their publication has raised a new set of questions, including whether science even has the proper techniques to study, and measure, the physical effects of racial discrimination. As the media focuses on the social and political cost of resurgent white-supremacist and Nazi groups, doctors are embroiled in their own debate: Is it possible to prove that racism is bad for our health?

We tend to think that science is a decisive practice, that once a study has been conducted, the results will give a conclusive answer. But studies are experiments; sometimes, scientists don’t get it right: they may not have tested for the right variables, chosen the right control groups, or even asked the right questions. The issue of health disparities is a good example of how difficult it can be to apply statistical thinking to a large-scale sociological problem. While genetics could partially account for disparities with certain diseases—such as breast cancer—it can’t explain why the differences remain so persistent across racial and ethnic groups. It now appears that one obstacle to unpacking the connection between discrimination and poor health is that researchers approach the lived and social experience of race in different ways.

Last April, the American Journal of Epidemiology published a study that looked at the racism experienced by multiple ethnic groups over a ten-year period. Could such incidents, the study wondered, explain why African Americans, Chinese people, and Hispanic people run a higher risk of developing type-two diabetes than white people? Unsurprisingly, overt discrimination, such as being denied a promotion because of race, was linked to a greater incidence of the disease. But the study uncovered something else: more subtly unfair treatment, such as being given poor service, seemed to have no impact.

The diabetes study was run by Kara Whitaker, then a post-doctoral fellow at the University of Minnesota. Because her results break with existing conclusions about racism and health, Whitaker believes her methodology, which included two self-reported surveys at the start of the study, wasn’t nuanced enough to capture the effects of understated racist encounters: subjects may have internalized or normalized such experiences, which forced Whitaker’s team to focus on the overt incidents. “Major discrimination—such as being harassed by police, being fired from a job—sticks out in your head, but people tend to under-report subtle forms,” she says.

Shannon Dunlay, a cardiologist at the Mayo Clinic in Minnesota, found results that seemed to differ even more significantly from other studies. For over a decade, she followed 5,085 African American adults—a group with a significantly higher risk of developing cardiovascular disease than white people—to better understand whether the racism they perceived played a role in any hospitalization for stroke, heart failure, or heart attacks. Published last May, Dunlay’s study ended up finding no such link. More unexpectedly, participants who had the greatest exposure to indignities seemed to have, on average, a lower risk of death.

These counterintuitive findings remind us that that people may cope with daily discrimination, be it overt or subtle, by meditating, playing sports, or working out—all activities that have been shown to act against some of the long-term effects of stress. As with Whitaker’s, Dunlay’s study—which involved a questionnaire and regular check-ins by phone or in person—highlights the limitations of having participants self-report mistreatment and of asking them to focus on isolated incidents. Yet researchers know that members of racialized communities experience racism on a regular basis and also know that they fall prey to more health problems—but can one be proved to cause the other? What would it take to determine, unequivocally, that the relationship is more than correlation?

Zaneta Thayer, a biological anthropologist at Dartmouth College, studies how health inequality affects Indigenous people in New Zealand and the US. She thinks that studies shouldn’t simply examine the direct effects of discrimination on specific diseases. “One of the most commonly studied ways that discrimination causes disease is through our behaviours,” says Thayer. “In these studies, to control for irregularities, we often eliminate behaviours such as smoking. In turn, we eliminate a crucial mechanism that can link discrimination with disease.”

In other words, one way that racism might cause disease is by pushing members of vulnerable populations to cope with the stress of discrimination by picking up unhealthy habits—such as smoking or drinking—that lead to illness. Adapting studies to reflect this reality would allow researchers to widen the net, allowing for factors that could track racism’s effects through a chain of events, instead of simply physiological changes.

While more comprehensive, this approach still doesn’t take into account institutional factors, such as access to medical care, that may pose more direct threats to an individual’s health. For example, not only are African Americans less likely to have health insurance than white Americans but, according to a 2012 study, racial biases cause some US primary-care doctors to avoid involving black patients in medical decisions. We also know that African American women are three to four times more likely than white women to die from pregnancy- and delivery-related causes. Because this disparity appears to transcend education and income levels, researchers have traced it to variations in the way care is delivered to black women versus white women.

Research into the links between oppressive structures and health is still in its infancy. But Onye Nnorom, the associate program director of the University of Toronto’s Dalla Lana School of Public Health and a family doctor, believes that we shouldn’t wait until we have all the answers before taking action. Government efforts to address systemic discrimination are likely to have the greatest impact, because they will disrupt pathways that lead to poor health. “It’s much easier to wag our fingers at blatant racism like the Charlottesville march instead of trying to fix child welfare, education, and criminal justice,” says Nnorom. “These are factors we can change.”

Dr. Mojola Omole is a global surgical oncologist with over ten years of experience developing and implementing patient focused care in various settings both in Canada and sub-Saharan Africa.
Christina Ung

Christina Ung is an artist who created the new package design for Twizzlers.