Who Is Miss Vickie? | The Walrus
Skip to content 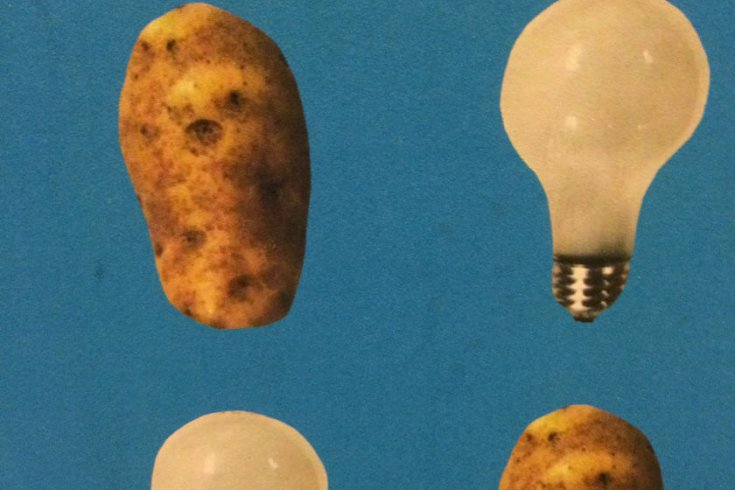 A sign on an otherwise lonely stretch of the highway demarcates the geographical centre of Canada. Eastern and western Canada formally starts there in either direction. However, growing up in Winnipeg, in geographically western Canada, there was a different way that we used to measure east and west: it was done according to potato chip territory.

We and the rest of the west had Old Dutch; Hostess ruled the east. That potato chip division of the country was from a much simpler time: Not only were there fewer brands, there were also fewer flavours. Shoppers could just choose between Plain, Barbecue, Ripple, and Salt and Vinegar.

I liked the simplicity of the old days—until I tasted Miss Vickie’s. The chips are a running joke amongst our kids and their friends; our home is renowned for its warehouse-like supply of them. The chips are a central part of our snack bowls and our social lives.

It’s the personal dimension that attracts people to Miss Vickie’s—an actual human developed them while caring for her family.

A few months ago I went to Phoenix, Arizona for a teaching assignment, and I immediately went looking for Miss Vickie’s chips. I’d previously found the chips there, but this time, there were none. I was disappointed, of course, but then the feeling gave way to a strange, lingering sadness. Why was I so upset about the absence of my favourite potato chips?

After a quick search, I found a company website that invited comments and requests. I dutifully completed the form, told of my emotional experience at not finding the chips at the grocery store, and hit ‘submit.’

A few days later, I got an email from Miss Vickie—the person, not the potato chip brand.

Miss Vickie’s real name is Vickie Kerr. She lives in Scottsdale, Arizona, now, but maintains her close connections at home in Ontario. Vickie graciously agreed to meet for lunch to talk chips. I thought perhaps she was going to be a docile retired person. In fact, “Miss Vickie” has a steady, elegant, lively, and authoritative persona. She explained that she’d come from work; no longer in the snack business, she now owns the Arizona Language Centre. But before that, and before the multi-million dollar snack-food empire, Vickie Kerr was a mother who wanted a better chip.

On their family farm in New Lowell, Ontario, Vickie and her husband Bill grew frustrated with the amount of trans fats and preservatives in store-bought potato chips. Once a student of early childhood nutrition, Vickie began making her own: she used peanut oil as an alternative, left the skin on her slices and finished each one with a dab of sea salt. Everyone who ate her chips went crazy for them.

In her recently published cookbook, Miss Vickie’s Kitchen, there is a recipe for making chips. But if you look beyond simply slicing and deep-frying potatoes, there is science behind the perfect, crisp potato chip.

Chip-stock potatoes are different from other varieties such as baking or roasting potatoes, and they are not usually available in grocery stores because farmers grow them especially for food processing. (If you’re looking for a chip-stock potato, you’ll have to go to the source for some Dakota Pearls or Lamokas.) The way they’re stored after being harvested is central to whether they’ll make a good potato chip. With varying degrees of storage temperature and humidity, the starch and sugar composition of the potato can change, and this is something that farmers have to manage carefully and with great precision. Ultimately, the perfect potato enters the fryer high in starch and low in sugar.

These are the kinds of potatoes Vickie and Bill cultivated in New Lowell, perfecting their process until they had built a strong base from which to launch her home-cooked chips into a larger enterprise. But just as they were preparing to expand, a fire broke out at the farm, taking with it all of their plans, recipes, and belongings. In the aftermath, it would have been easy for Vickie and Bill to let the idea die.

Instead, they persevered and built a business that eventually stretched across Canada and beyond. Vickie and Bill wanted to create a company driven by classic family values. They wanted to respect their employees and maintain personal oversight of the product.

Yet as the company grew, they began to feel removed from their roots. Neither Vickie nor Bill wanted it that way, so they made their exit in order to restore better balance to their own lives. Eventually, they sold the company to Frito Lay.

But Vickie Kerr remains the core of the brand’s identity. On the back-left side of each Miss Vickie’s bag there is a folksy inscription written in the voice of “Miss Vickie” herself, promising “the honest, simple taste of long ago.” On the other side of the bag is an invitation to contact Miss Vickie’s, so I asked Kerr if people actually wrote her—and sure enough, they did. She still gets a lot of mail even though she doesn’t have anything to do with the product any more. And, as with my letter, she writes back. (The best way to reach her is at missvickieskitchen.com.)

This helps to explain Miss Vickie’s enduring success. It’s the personal dimension that attracts people—an actual human who developed these chips while caring for her family. After all, it was her understanding of nutrition, especially trans fats, which led her to create a healthier snack food. Herman Lay may have founded Lay’s chips—now Frito Lay—but he never made it personal the way Vickie did. She did it as a caring mother, and it infused her brand.

The comfort of motherhood is a powerful marketing tool, and Miss Vickie’s is not alone; Campbell’s promotes its chunky soups with the mothers of NFL football players touting the product. Proctor and Gamble, Johnson & Johnson, Old Spice, and many others have mothers promoting their products.

I asked Kelley Main, an associate professor and head of the marketing department at the University of Manitoba’s Asper School of Business, why this strategy works. “Motherhood connects with authenticity—it suggests that the product is safe and good to use,” she explained. “And nostalgia has a powerful effect on people’s behavior, essentially linking them to a memory of something good.” The way that the character of Miss Vickie connects the two creates a powerful impact. “Miss Vickie’s chips bring you the honest, simple taste of long ago”: It’s right there—authenticity and nostalgia.

Which brings me back to why I felt weird when the chips weren’t on the shelf. Was it just the absence of being able to taste the chips, or was it something on a deeper, more emotional level? My mother isn’t alive any more; I started to wonder whether that’s what lies beneath the superficiality of tasty snack food, or if that’s just an amateur psychological rationalization. But as it turns out, there seems to be some clear marketing basis for how I interacted with the brand.

That brand is a real individual—Vickie Kerr. And if one day you’re feeling down and you can’t find your comfort food, you can always send her a letter.

David Asper is the former chair of the National Post.

How MEC Lost Touch with Its Roots