Why Is Vancouver So Expensive? | The Walrus
Skip to content 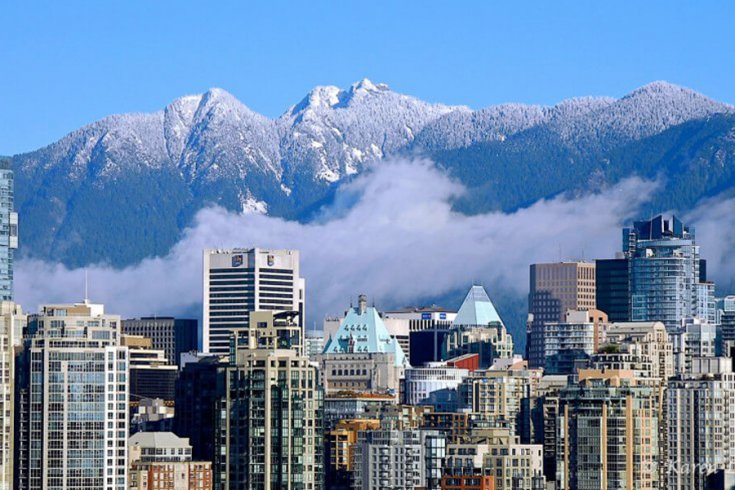 Affordability is, without question, the biggest issue facing Vancouver. The Walrus’ feature article by Kerry Gold, along with commentary by editor-in-chief Jonathan Kay, attempts to answer the question of the disconnect between housing prices and the people who live here. Both believe that the answer is simple: buyers from China are swallowing up our real estate—and politicians are ignoring it. The end result, they argue? A hollow, cultureless city devoid of millennials and families.

While global capital is undoubtedly a major factor in Vancouver’s housing prices, to say that it is the only factor is wrong. Is an influx of global capital impacting Vancouver’s housing market? Absolutely. The same thing is happening in diverse, resilient cities like London, New York, and San Francisco, which—like Vancouver—are also struggling to protect affordable housing for their residents. What Vancouver also shares with these other world-class cities is a nation-leading economy founded on green, clean jobs in technology, innovation, digital, and knowledge-based industries that add thousands of well-paying jobs to our city per year. In the next six months alone, there will be 2,000 jobs that companies are hungry to fill and pay 66 percent higher than the industrial average wage.

What pundits get wrong is that they assume anybody with a Chinese name who is buying a home in Vancouver must not be from Canada. It is an outdated and tired assumption, especially in Vancouver, one of the most multicultural and diverse cities in the world. You can’t determine someone’s citizenship by their name—and you certainly can’t make informed public policy decisions based on it.

To say that political correctness is stifling a public debate on foreign investment in Vancouver is not only absurd, it’s false. There is no other issue more talked about, more reported on in print, on TV, on radio, or across social-media channels than the speculated impact of offshore money on Vancouver’s housing prices.

The state of Vancouver’s housing market today didn’t happen overnight. Vancouver is feeling the impact of decades of slashed federal co-op housing funding and the elimination of incentives for new rental apartments, leaving a dearth of housing available for people on low and modest incomes. Planning decisions in the 1990s that prioritized condo towers over townhomes and row houses have resulted in a lack of choice available to today’s buyers, leaving millennials and families feeling particularly pressured with a lack of options to put down roots in the city.

So what’s to be done? At City Hall, we’ve taken a number of steps based on the belief that housing should be for homes, and not treated as commodities. Over the last several years we’ve delivered new co-ops, thousands of new rental apartments, and Vancouver’s first co-housing project and community land trust. Limiting analysis of a city to single-family homes—which most can agree are a remnant of a past and less sustainable era of city planning—is as skewed as doing an analysis of single detached homes in Manhattan and ignoring the vibrant boroughs surrounding it.

But even with all the city’s efforts, there’s more to be done; and while the city can control what gets built, we can’t control who buys. That rests with the provincial government. That’s why I’ve been outspoken in calling for new tools to help create a more level playing field when it comes to housing in Vancouver. A luxury sales tax and a speculation tax would go a long way to reducing the commodification of housing, and ensure that the wealthiest buyers who can afford the multi-million dollar mansions (and increasingly, multi-million dollar bungalows) can give back to those on more modest incomes who need housing security most.

Kerry Gold’s gloomy assertion that Vancouver is a “knock-off Monaco” doesn’t hold up. Our cultural scene punches above its weight and routinely draws international attention to our theatre, music, comedy, and visual arts. In its first year, we had Canada’s largest public New Year’s Eve celebration. Hundreds of thousands of people year over year come out to watch one of the largest Pride parades in North America.

Patios stay open later, our craft breweries are exploding in popularity, and our food trucks are globally revered. Car-Free Day on Commercial Drive and Khatsahlano Fest on West 4th pack thousands of families on our streets every summer. The PuSh Festival, VIFF and the Folk Fest get capacity crowds and have lineups onto the street.

Hollowed out city? Tell that to our public libraries and community centres that are seeing record levels of use. And in the case of daycare, Vancouver has given the single biggest allotment by a Canadian city—ever—to try to keep up with families’ high demand.

Yes, housing prices are high in Vancouver, and global capital plays a part in that. If prices keep increasing, many of the things we love about Vancouver are at risk, and many will not be able to put down roots in a city bound together by a rich, multicultural history that has a lot to offer geographically and culturally. But reducing one of our toughest challenges to a series of sweeping generalizations misses the bigger picture of what’s really happening in Vancouver.

Gregor Robertson (@MayorGregor) is the mayor of Vancouver.