Who is Elena Ferrante? You Are | The Walrus
Skip to content 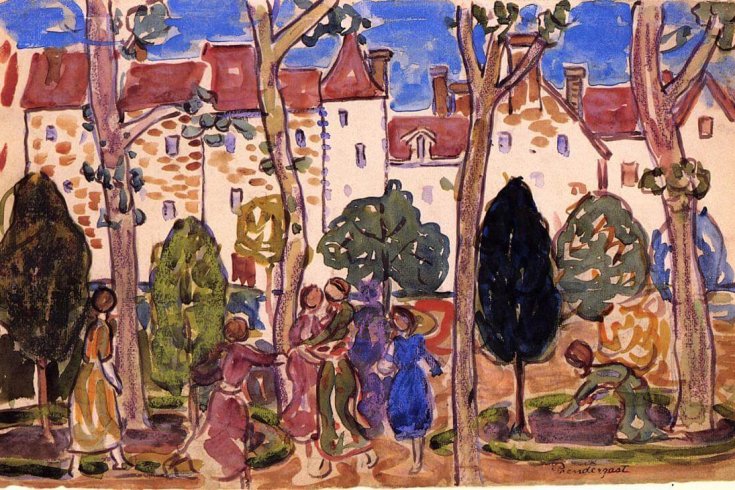 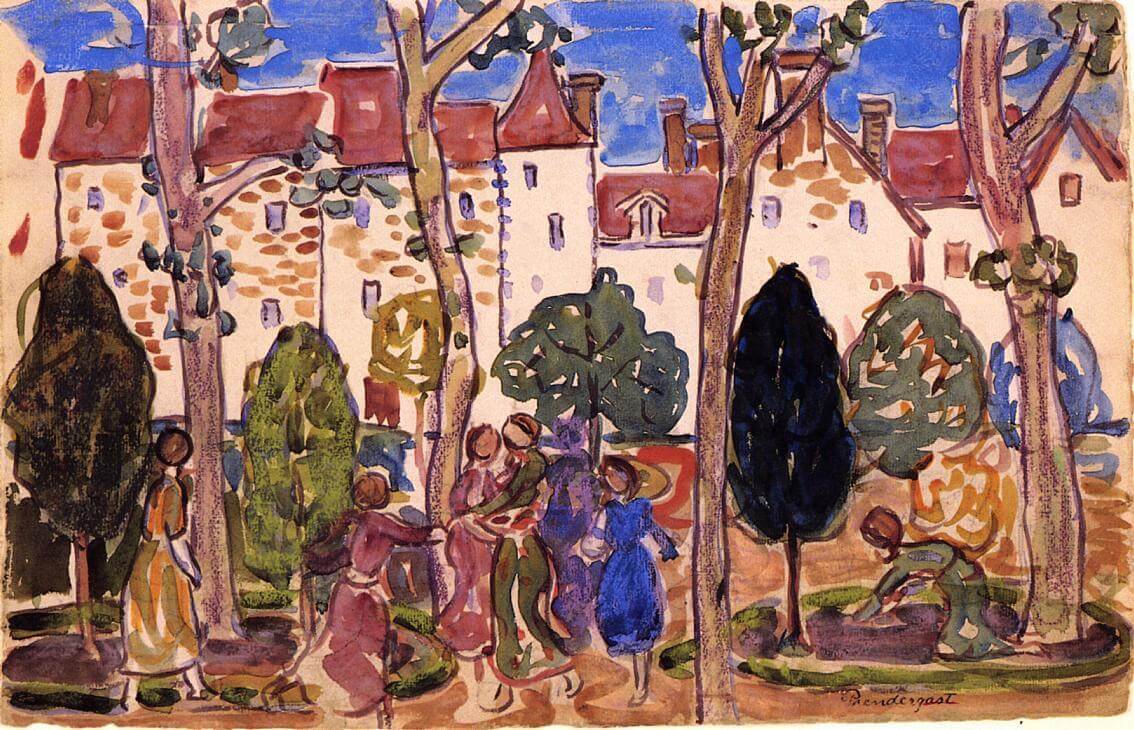 There is really only one negative consequence to arriving late, as I did, to Elena Ferrante’s Neapolitan novels: by the time you rush out to buy them for your own brilliant friends, they’ve already read them. Ferrante’s four-novel series, which chronicles the intense friendship between Elena Greco and Lila Cerullo against the backdrop of mid-century Naples, has topped the bestseller lists, but she is still sometimes referred to as “the best author you’ve never heard of.” And even if you have heard of her, you really haven’t—all of her work is published under a pseudonym, and only a handful of people in the publishing world know her true identity.

Newspapers, tabloids, and, of course, the Internet at large are persistently speculating and hypothesizing about just who Ferrante really is: some have claimed the author must be a man, or even more absurdly, a group of men. Most recently, an Italian newspaper published an “exposé” claiming to reveal her true identity as one Marcella Marmo, a professor at a Neapolitan university whose life’s chronology aligns conspicuously well with that of Elena’s in the novels. Both Ferrante’s publisher and Marmo herself have issued statements denying this claim and urging the press to stop their manhunt and focus on the books instead.

Though her decision to avoid the public eye is practical, protecting her privacy and so preserving her sanity as the books climb the international bestseller lists, Ferrante’s choice to remain anonymous resonates profoundly on a larger cultural scale. Her insistence on keeping her published life separate from her private one pushes back against the intrusion of marketing and self-promotion into the practice of contemporary artists, and against the notion that the facts of her life should be privileged, or should in anyway validate, the truth of her fiction.

Although the intensely personal nature of the Neapolitan Novels likely has roots in the author’s own experience, the unsettling truths at the centre of the books are precisely the dissolution of a singular static self, and the limits of our own self knowledge. The main character of the novels is arguably not Elena or Lila, but rather the intimate friendship between them—a mysterious force that forms and reforms their identities in relation to one another. The story of Elena and Lila’s friendship is a potent reminder that the truth of who we are resides in the shifting landscape between us, not within us; Ferrante’s work is more a harrowing expedition than an act of confession.

Before the release of The Story of the Lost Child, the fourth and final novel in the series, Ferrante gave a rare email interview to Vanity Fair (the minimal publicizing she has conceded to do on behalf of her books includes a one interview per country policy). As you might expect, she is steadfast and unapologetic on the choice to keep her identity secret: “I have not chosen anonymity. My books are signed. Rather, I have withdrawn from the rituals that writers are more or less obliged to perform in order to sustain their book by lending to them their author’s expendable image.” Yet, for so many writers and artists, authorship has become inextricably linked to—if not synonymous with—their public image.

There is probably no better example of this phenomenon than Lena Dunham, who not only creates and writes her HBO television show, Girls, but also stars in it as her alter ego Hannah Horvath. Separating Lena from Hannah is simple: all you need to do is cross-reference the show with Dunham’s tell-all memoir, Not That Kind of Girl.

Dunham has been both praised and criticized for her fearless public excavation of every bit of her private life. The success of her method is self-evident: Figuratively presenting your naked self to an audience (and, in the case of Dunham, often literally) is a surefire way to forge intimacy. But there’s a limit to the kind of truth we can experience through someone else’s confessions. Even if you are a twenty-something white woman living in New York who happens to identify with Dunham, you can only get so close to the mirror she’s holding up before you smash right into it and it shatters. The remarkable thing about Ferrante’s work is that, despite the vividly autobiographical nature of her project, she has found a way to circumvent the limits of trading in personal truths. Instead, she centres the narrative on something just outside the self; through a relation, a friendship, Ferrante holds up a looking glass that, as you come closer, dissolves into a mist; she beckons you onto the other side to look at the parts of yourself that are familiar but terrifying, things we previously might have only glimpsed and then quickly turned away from.

Lila Cerullo, Elena Greco’s other half, suffers throughout the novels from an affliction she describes as “dissolving boundaries”. She first experiences this as a young woman during a New Year’s Eve fireworks celebration that turns unexpectedly violent. An episode that might have been an atypical occurrence for Lila instead turns into one of the main recurring conflicts of the novels. Much later, in book two, she has nightmarish visions of her abusive husband’s body losing its form and melting into a homogeneous mess that threatens to consume her. Elena’s crises of identity often take the more common form of adolescent insecurities, but on multiple occasions she is also convinced that through her actions she has passed into being Lila in place of her own self.

This terrifying sense of the fluidity of identity is depicted through Lila’s actions, as well as Elena’s; when Lila needs to escape being Signora Carracci, an identity she assumes through her marriage to Stefano Carracci (who rapes and beats her on their wedding night), she chooses to deface a photo of herself in her wedding dress. She transforms the image of Signora Carracci into an abstract painting where strips of black dissect her body and disfigure her into fragments. Lila’s objectives in defacing the photograph, as with her premonitions of the fragile boundaries that insulate people and things, are not solely metaphorical; they’re the literal manifestation of her vulnerable body in the world and the physical and emotional violence that she cannot prevent from defining her.

Lila’s escape from her ongoing identity crisis, as we learn at the start of the very first book, is to disappear without leaving a trace. She goes as far as to cut herself out of every existing photograph. But if you consider Lila as being at least partially the very product of her lifelong friendship with Elena, this is a fool’s errand. We know very well that she exists in her friend’s recollections, which is how we hear their story. Anonymity is almost impossible to reclaim once it is no longer yours; everyone except you holds the key to it.

Like Lila, we are all continually at risk of losing the lines and sharp edges we think define us, which is both a liberating and a terrifying thought. Ferrante has captured this vital way of our being in the world like nothing else I’ve ever read. It’s a concept and a perspective more often explored in rigorous philosophy than in fiction. It’s also a line of thought that becomes increasingly significant as our points of connection in the world rapidly expand, creating an ever greater social space where our identities will be forged. The notion that you can maintain distinct public and privates selves and protect one at home while you send the other out into battle is demolished by Ferrante’s fluid portrayal of identity. For those who are lucky enough to be relatively safe from the physical violence that threatens and shapes Lila and Elena in the old neighborhood in Naples, there are the new threats of our hyper-connected lives that have the power to make or destroy us. Our identities are now more fluid and codependent than ever.

It should be enough to make us all think very carefully about the level of exposure we want for ourselves in the world. It’s a question of self-preservation, but also one of shared moral responsibility. Just as Elena and Lila’s relationship has the power to define each of them, we have an ever-expanding capability to draw the outlines that will define other people. We are not, in the end, only responsible for who we are in the world, but who we make of each other.

Chloe Cushman is an illustrator based in Toronto. She is a frequent contributor to The New Yorker and the New York Times, and her work has appeared in many other international publications.