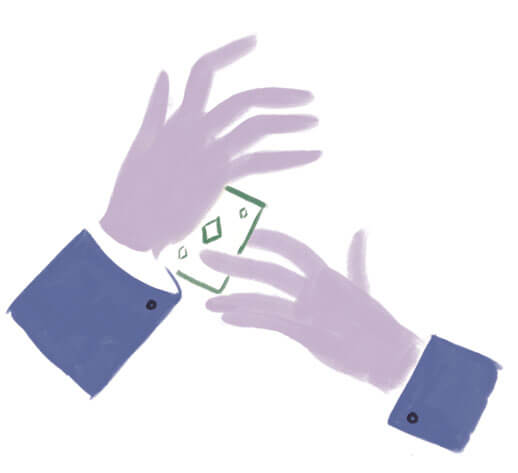 Norbu Tsering can’t decide what to order for lunch. Chicken curry from India, the country where he was born, or vegetable dumplings from Tibet, his ancestral homeland? It’s a metaphor for this man’s identity and also for a people who for more than half a century have been scattered and stateless. The soft-spoken politician adjusts his rimless glasses and scans the eighty-four-item menu. “Tibetan tea or Indian tea?” he considers aloud as he sits at Om Restaurant in Toronto’s west end.

Tsering is one of two North American members of parliament for the Tibetan government-in-exile—an unofficial authority headquartered in the foothills of northern India. “The phrase government-in-exile is a double-edged sword,” he says. One edge helps remind people of the Tibetan plight; the other challenges the very legitimacy of the so-named Central Tibetan Administration (CTA).

Still, on March 20, the approximately 6,000 Tibetans living in Canada, along with the 130,000 around the world, will go to the polls to elect a sikyong to head their government and forty-five chitue to fill their parliament. While world leaders are wary of even saying the word Tibet for fear of inflaming China, Canada and other sovereign nations allow elections to be held within their borders for a government that they don’t recognize as lawful and that, realistically, doesn’t even exist.

In 2011, the Dalai Lama broke with four centuries of tradition by relinquishing the temporal authority of his position and calling on his people to elect a leader. Nearly 50,000 Tibetans registered in more than thirty countries to cast a ballot. This year, voters in Canada will present their Green Book at designated community centres. The all-important document is issued by the CTA to every “citizen” in exile; it is also proof that the holder has paid chatrel, a $133 donation to support the government until Tibet gains independence.

Mudslinging and attack ads have never featured prominently in mild-mannered Tibetan politics, but last year the CTA brought about electoral reform anyway. Campaign spending for a chitue hopeful is now capped at just over $6,000—not much, considering Tsering canvassed in Vancouver, Montreal, and Calgary before the last election. The CTA also banned the use of the Dalai Lama’s image as a promotional aid after its election commission noticed candidates had used it to curry favour on the campaign trail. A selfie with His Holiness does not an endorsement make. (If you get busted, you lose 5 percent of your votes.) Tsering admits he used a picture of himself with the Dalai Lama in a DVD that he distributed in 2011. “But a lot of people did,” he says, pushing chicken curry around his plate with a piece of naan. “Not to show off, but to show how committed you are to the cause.”

The newly elected MPs—two from North America, two from Europe, one from Australasia, and the rest from South Asia—will congregate twice a year in McLeod Ganj, a leafy town that’s home to the Dalai Lama. There, the CTA operates like any other government. MPs propose departmental budgets and private members’ bills and suggest amendments to the twenty-six-page Charter of the Tibetans-in-Exile.

This politicking may seem aimless, but it’s an extension of the three central tenets of existence in Buddhism: impermanence, suffering, and the non-self. The first: all bodies, physical and political alike, are ephemeral. The CTA will dissolve itself if China grants Tibet greater autonomy and allows those in exile to go home. The second: languishing in potentially fruitless politics is just part of the game. And the third: none of this exists anyway, so questions of legitimacy don’t matter.

The CTA will continue to hold elections for the foreseeable future, but there’s one aging incumbent whose term is nearing a close: the Dalai Lama. His is one position that won’t go to a vote. The spry monk turns eighty-one this summer, and exile communities are preparing to confront a future without the ever-smiling public face of Tibet. China could reject Tibet’s new appointee and install its own figurehead. Or support for the Tibetan cause could decline with the passing of the fourteenth Dalai Lama. Tsering shakes his head and sticks his fork into a dumpling. “We Buddhists believe in reincarnation,” he says. “Technically, it will be the same guy.”

Harley Rustad (@hmrustad) is a features editor at The Walrus and the author of Lost in the Valley of Death: A Story of Obsession and Danger in the Himalayas (2022) and Big Lonely Doug: The Story of One of Canada's Last Great Trees (2018).
Katty Maurey