After spending 328 days in space, astronaut Christina Koch had another ambitious goal: to walk on the beach. In February, the forty-one-year-old returned to Earth after living aboard the International Space Station for almost a year and working a strenuous schedule that involved hundreds of science experiments and six spacewalks. (Koch was lucky: spacewalks are rare, and only some astronauts get to go outside during their missions.)

Astronauts often struggle with even the most routine physical activities, including walking, after experiencing the weightlessness of space. Some have returned from much shorter sojourns than Koch’s feeling so physically weak they collapsed during press conferences. Some have also struggled to ease back into everyday life after the thrill of a space mission. To improve the transition, every astronaut follows a tailored rehabilitation program when they return; in Koch’s case, that probably involved sixty days of training—split between nasa’s Johnson Space Center, in Houston, and her home—to readjust to Earth’s gravity. The beach wouldn’t mark the end of Koch’s training, but her coach knew that it would offer a mental health boost and that the astronaut’s desire to see the water again would get her through the first few days of exercises. A week after landing, Koch tweeted a picture of herself standing on a beach, arms outstretched in triumph.

In many ways, space can be just as hard on the mind as it is on the body. For astronauts, the isolation, the confinement, and, at times, the uncertainty of space travel can be crushing even though they often spend years preparing for their missions. And, as researchers continue to establish mental health supports for spacebound crews and study travellers who have returned, they’re finding that there’s still much to learn about the long-term psychological effects of these journeys.

Koch had been preparing for her return to Earth while still in space. She told reporters she experienced no serious mental health issues during the mission, in part due to a personal commitment to “always focusing on what I had and not the things I didn’t have.” She also had regular check-ins with a psychologist.

Over the past several decades, space programs have gotten better at recognizing the role of astronauts’ mental health in the success of their missions, this after at least a handful of trips were almost derailed due to concerns related to mental health. In 1968, the Apollo 7 crew experienced such uncomfortable conditions, including dealing with bad colds onboard, that they dismissed requests from ground control and even refused to wear helmets during the dangerous phase of reentering Earth’s atmosphere; the astronauts were not allowed to fly again. In 1973, the Skylab 4 crew, which spent eighty-four days in space, took a day off from in-flight research in the face of unrealistic deadlines and against the wishes of mission control; some went so far as to call this behaviour a “mutiny.” And American astronauts, such as Jerry Linenger, complained of isolation due to cultural disconnection while working on the Russian-run Mir space station in the 1990s—Linenger spoke little Russian, and his cosmonaut colleagues didn’t speak English. As nasa and the Russian space agency continued to work together, they included more language and cultural training for crew members.

Some astronauts experienced breakdowns after coming back to Earth. Apollo 11 astronaut Buzz Aldrin fell into alcoholism and depression shortly after returning from his 1969 moon landing. To program directors, it became clear that some astronauts might feel a sense of emptiness after completing something as monumental as a space mission. “There was no possible way of setting a goal that would match the goals already achieved,” Aldrin wrote of his depression in his memoir, Return to Earth. The typical astronaut today tends to be a bit older than Aldrin was at the time of his mission (thirty-nine), and that often means they’ve spent more time preparing.

But there’s still a lot we don’t know. While researchers believe that, under certain circumstances, space travel can negatively affect mental health, they can’t say for sure whether astronauts suffer more than ordinary people who’ve never left Earth do. And everything we’ve learned about mental health in space so far applies only to travels close to home—to the International Space Station and to the moon. nasa’s current aim to land astronauts on Mars in the mid-2030s—a voyage that would likely be restricted to a small crew and could take years—raises new questions. Could even the most skilled crews learn to tolerate one another for so long in such cramped quarters, travelling farther from home than any human has ever gone, without losing their minds?

Meanwhile, aspects of that experience might feel less distant to the millions back on Earth practising physical distancing, isolating in their homes, or living under strict lockdowns due to the covid-19 pandemic. And, while the circumstances differ significantly—staying home but being able to go on occasional walks, as some of us can, isn’t the same as being on a months-long space mission—there’s no doubt that many of us have become deeply familiar with something astronauts have known for decades: it’s hard to live in a confined space for an extended period of time.

Fewer than 600 people have made the journey to space. That’s one of the reasons it’s so hard to get a comprehensive sense of the mental health impacts of space travel on humans. Just a dozen people fly to space annually due to limited room aboard the Russian Soyuz spacecraft that brings most crews to orbit from Baikonur, Kazakhstan.

But we can learn from groups on Earth that, like those operating in space, work in isolated and often dangerous conditions, says Lawrence Palinkas, a medical anthropologist at the University of Southern California. Since the 1980s, he’s studied crews in polar environments; many of his subjects have experienced depression, feelings of social isolation, and even a sort of psychological torpor or sleepiness that sets in after a few months of working during the long polar nights or twilights.

California-based cultural anthropologist Jack Stuster, who has also studied polar and space crews, shared anecdotes of cold-weather crews using unusual strategies to pass the time. One pair, confined to a two-metre-by-three-metre space for nine months as they waited out winter, eventually began sleeping seventeen hours a day because “there was nothing to do,” Stuster says.

In light of such research, Palinkas’s work advocates for “coping strategies” for spacebound crews. Team-building training, for example, “enables them to identify points of tension and conflict and work through conflict resolution strategies,” Palinkas says. (Similarly, relationship therapists say couples in isolation should plan ahead for when things get stressful.) nasa, meanwhile, regularly sends astronauts on mini-expeditions in remote areas on Earth, including under water, to help them learn how to work together in isolated conditions. Canadian astronauts also occasionally accompany university researchers on far-flung geologic field expeditions.

Astronauts are closely monitored during training, which can take years. With regular medical and psychological screenings, the long wait should give space agencies enough time to assess psychological problems before flight, says Canadian Space Agency flight surgeon Raffi Kuyumjian, who acts as a physician for Canadian astronauts from the ground. In orbit, astronauts remotely check in with their assigned flight surgeon about once a week and with a psychologist about twice a month.

The outcome of those sessions could range from a simple thumbs-up to interventions to improve the astronaut’s well-being, Kuyumjian says. This could mean reducing their workload or giving the astronaut some extra time with family (at a distance, of course). Astronauts also sometimes get surprises, such as care packages in spacecraft deliveries or even a conversation with a celebrity, like the one that Canadian astronaut Chris Hadfield had publicly with Star Trek’s William Shatner in 2013. (Usually these conversations are private, but Hadfield, who famously entertained global audiences with guitar playing and a rendition of David Bowie’s “Space Oddity” from space, opted to livestream the discussion.)

But Palinkas warns that there have not been any systematic studies regarding how well these psychological interventions work. Meanwhile, a study at the University of British Columbia aims to create guidelines to help astronauts get ready for the long trip to Mars. Twelve astronauts have been given questionnaires at various points before and after their space missions, focusing especially on any “space culture” crews develop to promote cohesion. Data collection is expected to wrap up this year. 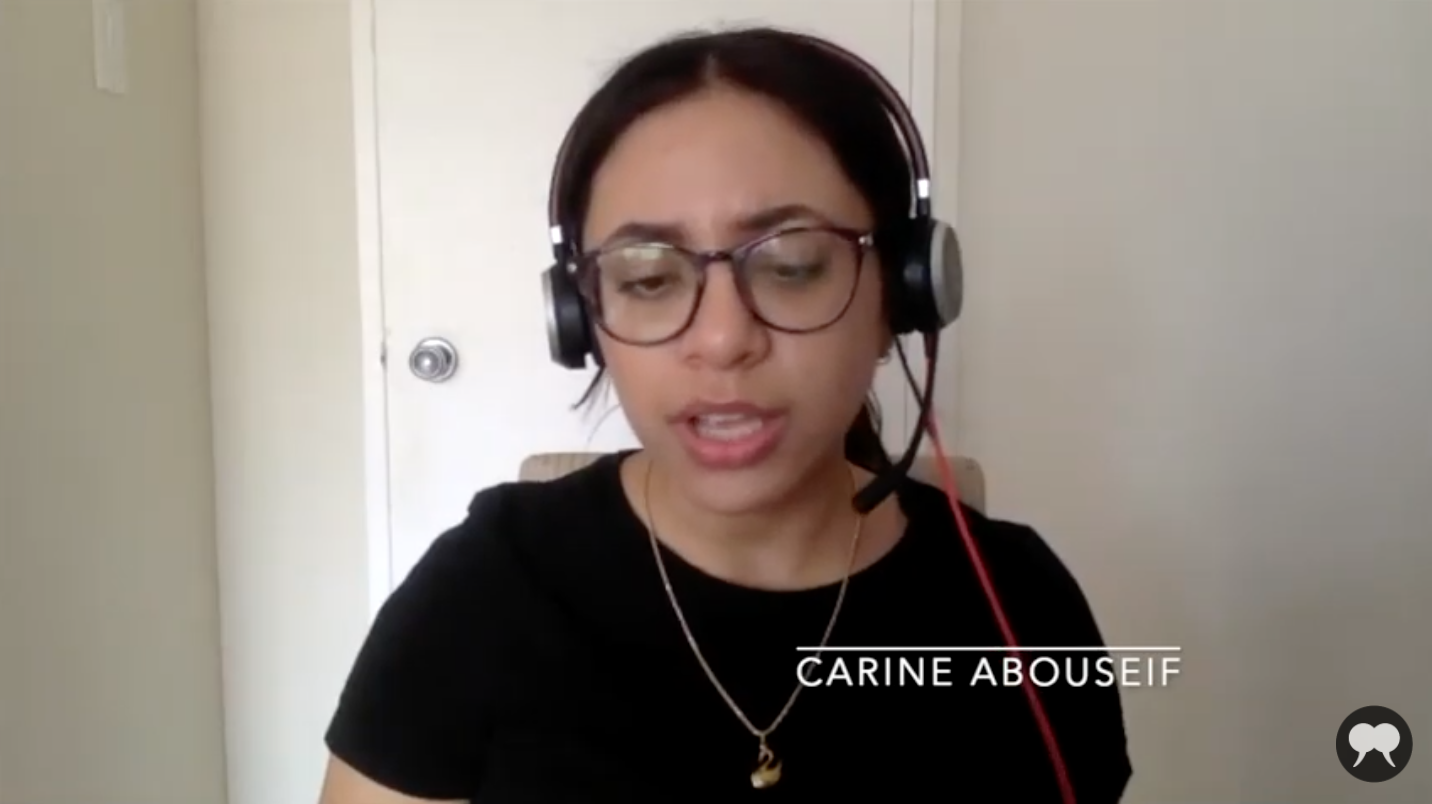 Features Editor Carine Abouseif talks about the development of this story.

Another stream of research, looking into how being in space affects our cognitive skills, is comparing the health and processing abilities of twin brothers, one in space and one on Earth. Scott Kelly, who spent 340 consecutive days in space, was found to have noticeable drops in cognitive performance compared to his brother Mark, who had also been an astronaut but had retired before the study. In other words, returning from an almost year-long stint in space could potentially affect brain function.

Is this unique to Scott Kelly, or is it something astronauts on lengthy missions can expect? With a single test subject, it’s hard to say for sure, and studies comparing the Kelly twins are not yet complete. nasa plans to send about ten more astronauts for lengthy sojourns on the International Space Station in the next five or six years; each of their missions could add to the small but growing body of knowledge about the human brain in space.

Mars missions aside, tracking the progress of astronauts may also offer insight into how our minds work back on Earth; we don’t need to go too far to feel isolated, overwhelmed, or homesick. In March, as many of us adapted to the realities of social distancing and life in quarantine, Hadfield posted a YouTube video in which he offers viewers tips on self-isolating—including starting fresh projects and learning new skills. “Take care of your spaceship,” he concludes. “And I wish everybody happy landings.

Elizabeth Howell is a science and space journalist based in Ottawa. Her work appears regularly in publications such as CBC News, Space.com and Forbes. Her upcoming book about the Canadian astronaut program, Canadarm and Collaboration, will be published in October 2020.
Sean Lewis 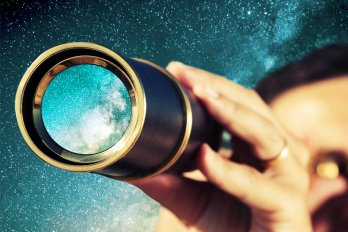 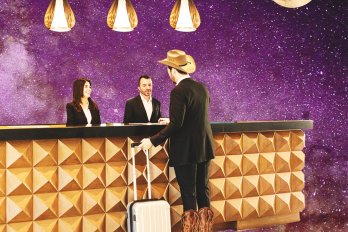 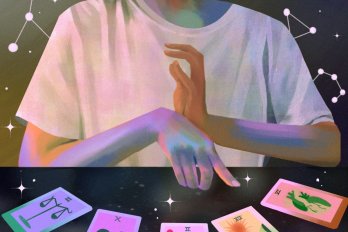