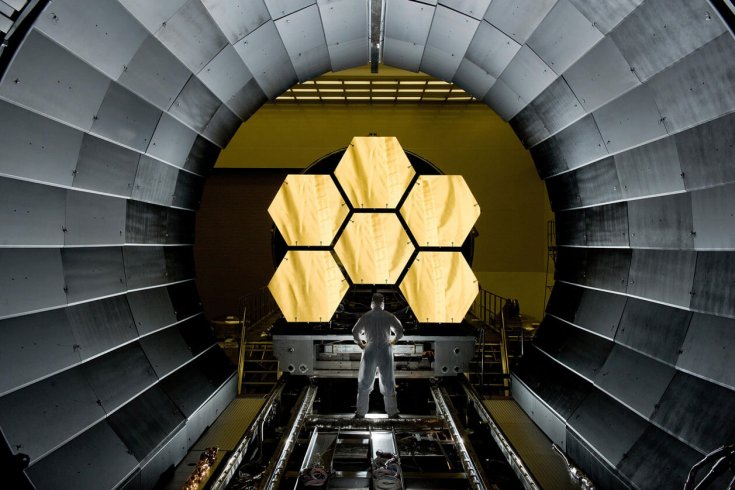 Last November, Montreal astronomer René Doyon met Michael Gillon, a leading researcher on exoplanets, at a conference in Brussels. The two knew each other by reputation, and over a friendly coffee, Doyon asked his colleague about a rumour he’d heard about the discovery of four new exoplanets, nearly forty light years away, that had the potential to support life. Gillon was reluctant to answer. It’s not unusual for members of the scientific community to share research—astronomy requires so much money, expertise, and machinery that it’s usually more of a collaboration between countries and scientists than a competition—but Gillon’s data wasn’t the kind that allows for advance previews. His earlier research on three other exoplanets had garnered a lot of attention last year, and both scientists knew that any new results would make headlines.

Doyon kept pressing him until, without giving up any details, Gillon admitted it was possible the rumours were true. A few weeks later, when Doyon was back in his office at the Université de Montréal, he received an unexpected email from Gillon. It contained an advance copy of Gillon’s soon-to-be-published paper, along with a request to work together.

Showing Doyon his data was actually a strategic move on Gillon’s part, because Doyon has something every astronomer wants: “guaranteed time” on the James Webb Space Telescope (JWST), a massive engineering feat, billed as the successor to the Hubble telescope, that will use infrared light to explore and map the universe. In 2019, after the telescope is launched 1.5 million kilometres into outer space, Doyon’s team will be among the first to use it. The Canadian team “owns,” as he puts it, 450 hours of time on the telescope within its first year, 200 of which will be spent examining exoplanets, the same ones Gillon’s team helped discover—and the same ones that got heavy media coverage last week, when Gillon’s paper was finally published in the journal Nature and NASA made an official announcement.

As principal investigator for the Canadian Space Agency’s Near-InfraRed Imager and Slitless Spectograph (NIRISS), Doyon has been working on the JWST since 2001. He describes it as probably “the most complex machine under construction by humanity”—at least as complex as the Switzerland-based Large Hadron Collider, which features a twenty-seven-kilometre underground track with thousands of superconducting electromagnets, where particle beams are made to collide with one another at close to the speed of light. The telescope’s primary mirror is made up of eighteen gold-plated hexagons that form a circular, beehive-like panel. Its heart, as NASA calls it, is behind the mirror and holds the instruments necessary for deep-space exploration. NIRISS is one of them, and it was designed and built by Canadian academics and astronomers. “It’s in the same category as the Canadarm,” Doyon says. “We call it Canadeyes.” It was designed to focus on a faraway solar system and analyze the atmospheres of its exoplanets—exactly the scenario that Gillon presented to Doyon last December.

Nearly forty light years away, orbiting around a red dwarf star named Trappist-1, are seven planets of relatively equal size. Artists have depicted them as marbles in a zigzag line, similar in appearance to the planets in our solar system: one has Earth’s blue, cloudy atmosphere; another is a turquoise gas giant. Each celestial body is tidally locked, meaning one half is perpetually dark, while the other is constantly brightened by the dwarf star nearby—which, from the planets’ surfaces, probably looks salmon pink. Together, they represent the highest number of exoplanets found within one system that have the potential to host alien life. Three in particular, those located within the system’s “habitable zone,” are where we’d have our best chance of finding extraterrestrial beings today.

But despite the detailed illustrations provided by NASA last week, the truth is that we know very little about the Trappist-1 system. We can’t actually see the planets, nor can we visit them. At this point, we can only guess their size, mass, colour, and temperature by measuring changes in the infrared light emitted by Trappist-1. Any slight variation, astronomers say, means that a planet is passing in front of the dwarf star, distorting or blocking out light. Such evidence is all that Gillon’s team has had to work with for years. After JWST is launched next year, though, astronomers will be able to point it in Trappist-1’s direction. They will use its instruments to detect the existence of biomarkers—methane, ozone, oxygen, carbon dioxide—that would hint at the possibility of alien life. If those chemicals are found, Gillon says, they “would tell us that there is life with 99 percent confidence” on that exoplanet.

The telescope will be operational in the spring of 2019, and the first chance to observe Trappist-1 will come in June of that year. Making use of Canada’s privileged access, Doyon’s team will be observing at least two Trappist-1 exoplanets. Using Gillon’s data, they’ve been running simulations since last December and working out the intricacies of how to conduct the research. They now know exactly how to spot an atmosphere similar to Earth’s. “It’s certain that research on two of the three [exoplanets in the habitable zone] will be led by Canadians,” he says. “In all likelihood, Canada will have the first data on the Trappist-1 system.”

Of course, it’s hard to predict what that data will show; perhaps the exoplanets are barren, more like Mars or Pluto than Earth. But there’s a chance that at least one of them isn’t. If there are extraterrestrial beings out there, breathing some mix of oxygen and carbon dioxide and drinking fresh water, Canadian astronomers could be the first to find evidence of them.

A Nineteenth-Century Pandemic May Be a Window into Coronaviruses