Vision of the North | The Walrus
Skip to content 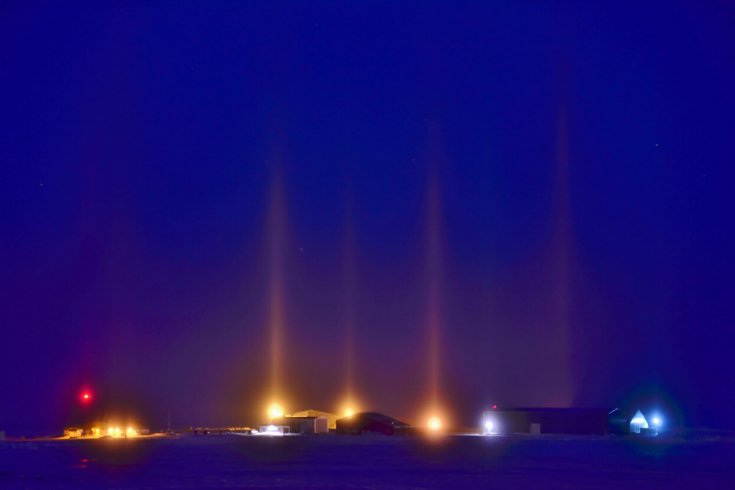 It’s hard to be certain what it is, exactly, that sets Cambridge Bay apart from any other small town I’ve visited across the Canadian North. There’s a palpable busy-ness here, by Arctic standards: a feeling that things are happening that is not commonly associated with Nunavut’s small hamlets.

Things are happening: There’s a new long-term care facility opening up next year, and the local char fishery has just received a coveted “Ocean Wise” designation that could help boost sales to sustainability-conscious consumers. The nearby Hope Bay gold mining project is moving towards production. And an ambitious, large-scale scientific research facility is nearing completion.

The feeling starts at the airport, where the number of locals who climb down from the plane onto the runway is equalled by the number of outsiders: a crew of visiting scientists with boxes full of fragile gear. I hitch a ride with them in a loaded-down pickup along the gravel road into town, because my hotel—one of three, a bounty by Nunavut standards—is in the middle of renovating its restaurant (they tell me breathlessly, later), it’s like Grand Central Station in there right now, and they didn’t even hear my call from the airport payphone.

The waterfront, a strip of beach in the middle of town, sports a lone T-shaped quay, nothing fancy, but it’s one more dock than many hamlets offer for boats, visiting or local. The smaller cruise ships that are passing by with increasing frequency are still too big to tie up here, but when the Martin Bergmann, a small Arctic research vessel-for-hire, motors in on my third day in town, it’s able to offload its crew of scientists without anyone having to get their feet wet.

Canadian navy divers lounge on the quay, waiting to assist the Bergmann’s next load of scientists and watching local kids fish, while a private yacht on its way around the world sits moored just offshore. Another research ship-for-hire, the icebreaking RRS Ernest Shackleton, is moored here on its way to Nome, Alaska, to meet the giant cruise ship, Crystal Serenity, and escort it back through the Northwest Passage.

Onshore, just beyond the beach, the busy-ness continues. A typical Nunavut waterfront is a mess of sled dogs chained to doghouses, parked skidoos waiting for winter, and small, weathered boats pulled up high on the sand. Cambridge Bay has some of that, but also a row of a half-dozen bulldozers, neatly parked, alongside graders, front-end loaders, heavy-duty dump trucks, a steamroller, a boom truck. Mixed in with the heavy equipment are stacked fuel barrels, portable ATCO trailers, rainbow sea-cans. The Cambridge Bay waterfront feels almost industrialized—a word rarely associated with Canada’s Arctic.

The biggest source of this feeling in Cambridge Bay is the launch of the Canadian High Arctic Research Station (CHARS). It was announced by then-prime minister Stephen Harper in 2007, and has been under construction on the outskirts of the hamlet since 2014. The facility, which will be the largest building in the Canadian North, is due to open next year and be fully operational by 2018. Its governing agency, Polar Knowledge Canada, already has a skeleton crew working out of offices in town, and eventually, a full-time staff of between forty and fifty people will reside in this town of roughly 1,600 residents.

CHARS will be able to accommodate up to forty-two visiting researchers in its two residential triplexes. The main building, used by both staff and visitors, will house laboratories, offices, classrooms, and meeting spaces. And safety comes first: the campus is home to Cambridge Bay’s first fire hydrant. CHARS is being built on land governed by the Nunavut land claim agreement, and that means 80 percent of the station’s eventual staff are legally required to be Inuit land claim beneficiaries. That’s going to take some effort—some “capacity building” to use the optimistic language of government—and Polar Knowledge Canada has started things off by funding a training program for environmental technicians at the local branch of Nunavut’s Arctic College. Playing the long game, the CHARS staff also runs science summer camps for local kids. The eventual vision looks something like this: Cambridge Bay as the scientific hub of the North, staffed with locals and committed, long-term transplants, built on respect for traditional Inuit knowledge and a shared interest in the Arctic environment. Think of it, if you want to get really starry-eyed, like a small-scale MIT at nearly 70° north—or Antarctica’s McMurdo Station, if Antarctica had an indigenous population with which it was possible to build bridges and partnerships.

The thing is, in Cambridge Bay right now, with that busy vibe in the air, you can almost see this coming to fruition. Squint and you can see the future of the Arctic as some people imagine it: not a dead-end backwater known mainly for depressing social issues, not an ecological disaster being unveiled in slow motion, and not a pristine wilderness somehow wiped clean of human influence. Not a place where the people have to choose between zealous conservation and wide-open development, with no in-between.

Instead, it’s someplace complicated, someplace messy and interesting, someplace where people want to be: a place where you can look out the window of a high-tech research facility and see muskox hunters heading out of town on ATVs, rifles slung across their parka-covered backs. It’s a place where people fly in from around the world to study the ocean and the tundra, and mingle with homegrown scientists who’ve lived and worked on this land for decades.

Call me starry-eyed. Maybe it’s because the sun shines during my entire visit, and the bay sparkles, and I get a little drunk on the fresh air and the unexpected warmth. But I think I’d like to see that place, someday.