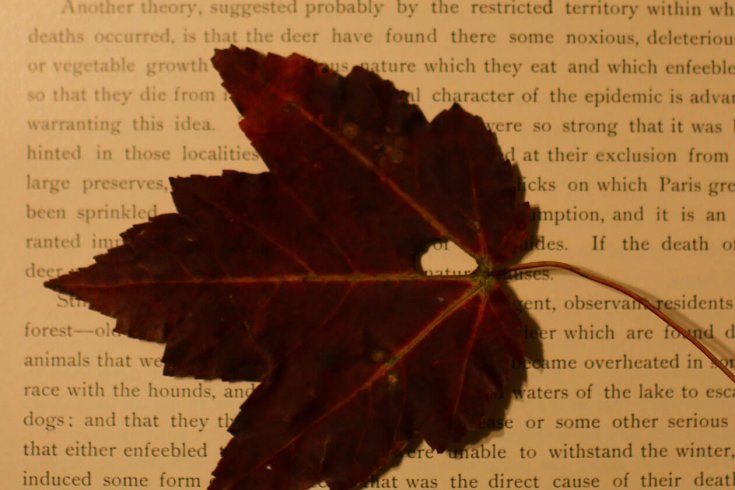 When I was ten, two kinds of people were famous: hockey players and television stars. Hockey players were heroes because they were tough—a quality valued in a farming district—and because they were rural Canadians who had learned to skate on ponds at freezing temperatures at the age of two or three, just like my friends (as an immigrant I had not learned to skate until the age of six). Television stars exemplified a more remote form of fame. When we laughed at Get Smart or Gilligan’s Island, we were aware of the shows’ unreality, not only because of the preposterousness of their premises, but because of the fact that their stars, as Americans, weren’t like us.

As we grew older, we learned that some television stars did claim to be like us. Lorne Greene, it was whispered, was a Canadian. Yet, even as we heard this, we felt that his role on the Western Bonanza defined him as an American, erasing his past as a CBC radio announcer. Our reading was similarly conflicted. We knew that Franklin W. Dixon, the author of the Hardy Boys mysteries we read during our long journeys down dirt sideroads in the Bluebird school bus, was actually a Canadian named Leslie McFarlane, who came from Carleton Place, Ontario, in the heart of the Ottawa Valley. We gobbled down McFarlane’s novels with mixed feelings. Proud as we were of this local boy made good, we didn’t like his novels’ US settings. “They made him put the books in Yankee-land!” one of my friends complained. The journalist Scott Young’s hockey novels for boys, with titles like Scrubs on Skates and A Boy at the Leafs’ Camp, were closer to our reality. Young’s novels featured a Polish immigrant boy whose hockey skills helped him integrate. Young’s son, we heard, had gone down to the States to become a singer. Only later in my teens did I learn that his son’s first name was Neil.

Literary prizes want to be “Canadian,” even though no one knows what that means; they wish to choose, but are terrified of being accused of chauvinism or racism.

The country I grew up in may sound insular, but it was much surer of its cultural identity than contemporary Canada. Even as children, we failed to be seduced by the impulse to claim as “Canadian” anyone who happened to be famous. This retrograde habit has become more prevalent as globalization has weakened the contours of the nation. A minority of people today watch Hockey Night in Canada, or get their news from the CBC. Almost all Canadian experience is now minority experience: we keep up digitally on countries where we’ve lived, or where family members come from; cross-cultural marriages give families their own unique amalgams of cultural references, sporting enthusiasms or political or cultural outlooks. The idea of Canadian identity has grown broader and far more flexible, yet thinner.

One of the few domains where the presumption of a national culture persists is literary prizes. From the CBC’s Canada Reads to the Governor General’s Awards and the Giller, literary prizes assume they can “speak for the nation” in a unitary way that is barely possible any more. The anxiety of holding such an anachronistic stance obliges juries and sponsors to appear inclusive. Prizes want to be “Canadian,” even though no one knows what that means; they wish to choose, but are terrified of excluding lest they be accused of chauvinism or racism.

The result, in an inverted parody of anti-Obama birtherism, is that Canada’s literary prizes extend Canadianness to all who were born in the country. They have to do this, because Canada confers citizenship on birth. Eleanor Catton, winner of the 2013 Governor General’s Award for Fiction in English, was born in London, Ontario where her father was a doctoral researcher. She returned to her family’s home of New Zealand as a young child. Rachel Cusk, a finalist for the 2015 Giller Prize, was born in Toronto to English parents, left for Los Angeles at the age of two and at seven moved to England, where she has lived ever since. The same coercive anxieties that insist on these writers’ eligibility for Canadian prizes fuel the media’s desire to embrace them as “Canadian writers.” “Giller finalist Rachel Cusk reconnects with Canadian roots,” a CTV headline reported, when Cusk came to Toronto for the Giller ceremony. “It has this huge wilderness behind it,” Cusk was quoted as saying during her visit to Toronto.

This issue returned when the 2016 Man Booker Prize shortlist was announced: “Canadians Madeleine Thien, David Szalay shortlisted for prestigious Man Booker Prize,” The Globe and Mail headline ran. David who? Thien has been a mainstay of Canadian writing for more than a decade. Szalay is a British writer who lives in Budapest. Born in Montreal, he left Canada at the age of one. The impulse to declare Szalay a “Canadian writer” is the result of a culture where there are no longer clear boundaries between us and the rest of the world, and many open-minded people are afraid to make any distinctions at all for fear of appearing prejudiced.

We need to overcome this fear. A writer is a consciousness, and consciousness is usually instilled by childhood experiences. “[W]e are apt to think that a national character attaches itself to a birth certificate,” Mavis Gallant wrote. “The accident of birth does not give rise to a national consciousness, but I think the first years of schooling are indelible.” Gallant’s decades in Paris did not make her less Canadian, Joseph Boyden is no less Canadian because he has lived in New Orleans, and I was not less Canadian when I spent half of the 1980s and nearly all of the 1990s outside Canada. We all had Canadian upbringings and went to Canadian schools.

By the same token, Catton is a New Zealander, and Cusk and Szalay are British because their primary and secondary schooling occurred in those countries. It is hardly unfair or parochial to point out that the vantage point from which they perceive the world is not Canadian. Of course, an author may decide to change his consciousness. Saul Bellow, born in Lachine, Quebec, was nine years old when his family moved to Chicago. Bellow expunged his Canadian childhood and schooling from his fiction, imagining himself as an American by birth. The narrator of his first major success, The Adventures of Augie March, writes, “I am an American, Chicago born.” Bellow’s self-reinvention was so successful that he became a symbol of American identity who was awarded the Nobel Prize in the year of the US bicentennial. Though he had much more Canadian life experience than Catton, Cusk or Szalay, Bellow was never identified as a Canadian writer.

The boys on my schoolbus were narrow-minded when we doubted Lorne Greene’s Canadianness: Greene was over forty years old when he moved to the US. Contemporary media err in the opposite direction, seizing upon glancing connections to recruit anyone worth mentioning into our national ranks. Mature countries don’t do this. I was born in Germany, but in 2014, when I had a book published in German translation, nobody rushed to claim me as German. The Frankfurter Allgemeine Zeitung held off mentioning my birthplace until the third-last sentence of a 1000-word review. Where I was born is a coincidence. Coincidences are fun to note, but they shouldn’t be confused with an outlook formed by a lifetime’s experience.

Stephen Henighan’s sixth novel, The World of After, will be published in 2021.