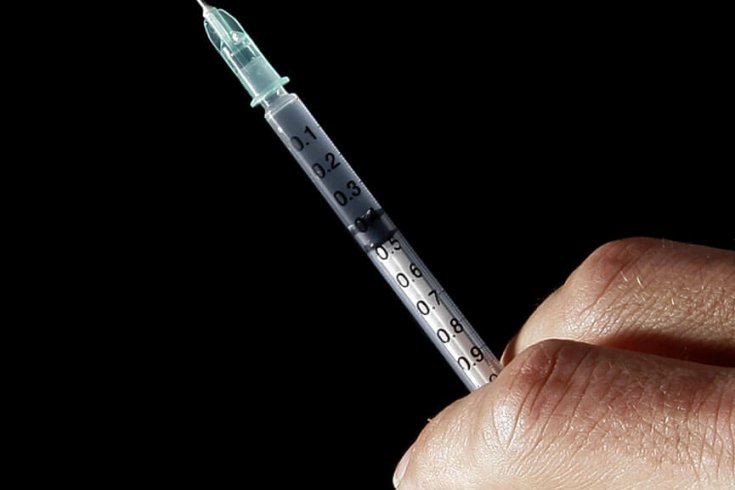 It was a warning like countless others we’d heard before—the kind of advisory that police forces across Canada issue on a regular basis. Over the 2014 Thanksgiving weekend, the Vancouver Police Department cautioned intravenous-drug users that an unusually dangerous batch of heroin was being sold by street dealers. In fact, as tests later revealed, it wasn’t heroin at all. It was fentanyl, a substance whose narcotic effect is similar, but which is dramatically more toxic. At least thirty-one unwitting users overdosed in two days, resulting in one death and the police notification.

Unlike those sent out in other parts of the country, this notification came with a critical addendum: the VPD recommended that heroin users go to Insite, Vancouver’s supervised drug injection facility, to reduce their risk of overdosing. It does not provide drugs. But it is staffed by experts who can recognize the signs of an overdose or any other potentially lethal reaction. The first principle of policing is to protect human life, and by pointing users toward the clinic the VPD made good on its duty of care.

For nearly twelve years, Insite has been connecting drug users to health services, addiction counselling, and treatment. It also has provided them with clean needles to help prevent the spread of HIV/AIDS and other communicable diseases that pass through shared syringes. Unfortunately, Vancouver is the only Canadian city where such a facility exists—in part because the federal government has consistently opposed the harm-reduction strategy on which Insite is based. Prime Minister Stephen Harper and a series of his health ministers repeatedly have tried to shut the clinic down on the grounds that illicit drug use is a criminal act and should be stigmatized as such in all contexts. It remains open only because of a 2011 Supreme Court of Canada decision that recognized its role in saving lives and improving the health of users.

Ottawa has most recently expressed disdain for the clinic with Bill C-2, dubbed the Respect for Communities Act. (Whatever else may be said of his government, Harper is a master at creating appealing names for legislation.) The bill is a sort of end run around the Supreme Court’s decision: although in theory it allows for the creation of new injection sites, C-2 imposes requirements on administrators and health care providers so onerous that, in practice, it likely will block proposed new facilities from opening.

The idea behind Insite took shape in the late 1990s, after Vancouver had been hit with a severe spike in overdose deaths and an HIV epidemic among injection-drug users. At the time, few Canadian policy-makers took seriously the notion of creating a government-funded facility where users could minimize the risks inherent in getting high. But as it became clear that the conventional law-enforcement approach wasn’t working, old taboos began to fall away.

The political momentum for change came from the grief of friends and families of overdose and HIV victims. In 1997, community members pounded 1,000 crosses into the ground of a Downtown Eastside park to mark the number of overdose deaths in British Columbia between 1994 and 1997. Then in 2000, after three more years of government inaction, they hammered 2,000 crosses into the same park to commemorate those who had died since the first demonstration. The crosses represented what the late Bud Osborn, a man often described as the neighbourhood’s poet laureate, called the “statistics of misery.”

Since then, two models of supervised-injection sites have developed in Vancouver. One, created in 2002 by a foundation set up by the late medical doctor Peter Jepson-Young, operates to this day (without Health Canada approval) within a larger therapeutic space dedicated to the needs of HIV patients. The second and better-known model is Insite, a high-volume, multiservice facility that helps users access treatment programs and find stable housing within the Downtown Eastside community. It opened in 2003 thanks to the collaborative efforts of all three levels of government. Since then, more than forty peer-reviewed scientific papers have documented its effectiveness in saving lives. The Vancouver and BC governments both support the clinic, as does the local board of trade, the police department, and even the nearby Chinatown merchants’ association. A 2010 Angus Reid poll showed that British Columbians support Insite by a ratio of about two to one.

While Insite is the only legal, dedicated supervised injection clinic in North America, officials in other cities have taken note of its success. Montreal’s proposal for the creation of four sites currently is being reviewed by Quebec’s provincial government before a formal submission is made to Health Canada. In Victoria’s 2014 municipal election, all four of the top mayoral contenders voiced their support for an injection clinic. Toronto’s board of health has called for one to be created in that city as well. Bill C-2 could interfere with all of these possibilities.

In introducing the bill, health minister Rona Ambrose argued that Ottawa was simply “supporting and protecting Canadian families, who work hard to build safe and healthy communities in which to raise their children.”

But critics question the government’s motives. The bill stipulates that applications for the creation of new injection facilities must be accompanied by twenty-six different informational submissions. It does not explain how these materials will be assessed by Health Canada authorities—who retain the power to green- or red-light a project entirely at their own discretion and on their own timetable. After the materials are submitted, the health minister may request further information of indeterminate character and quantity. No other health care service in the country is subject to this sort of open-ended approval process.

Applicants are required to present scientific evidence of the medical benefits of supervised injection sites. Why? The Supreme Court, based on a wealth of peer-reviewed research from Canada and other countries, recognized the service as an evidence-based, life-saving health intervention four years ago.

Applicants also are required to include the “opinions” of a long list of public officials, including the provincial health minister, the provincial public-health authority, the provincial minister for public safety, the local municipal government, and the local police force. Again, there is no precedent for any of this in the licensing requirements of any other health service in Canada.

Bill C-2 requires police checks for all staff members who would work in the proposed injection site. That may sound sensible. But in fact, the people most qualified to operate in the harm-reduction field often are those with a history of drug use—and the attendant criminal record. Excluding them from the labour pool makes no sense: Their shared experiences allow them to connect with at-risk individuals in a way that other staff cannot. And harm-reduction work is precisely the kind of meaningful, productive employment that one would hope to provide to former criminals in order to help them reintegrate into society.

It’s entirely reasonable for the government to insist that injection-site applications be subject to a rigorous screening process. But it seems the real point of Bill C-2 is to thwart them outright. Unless Ottawa awakens to the need for more facilities in the Insite mould, the “statistics of misery” will continue to mount as community health leaders try to jump through the government’s hoops.

Donald MacPherson and Nicholas Klassen are director and communications coordinator, respectively, at the Canadian Drug Policy Coalition, in Vancouver.