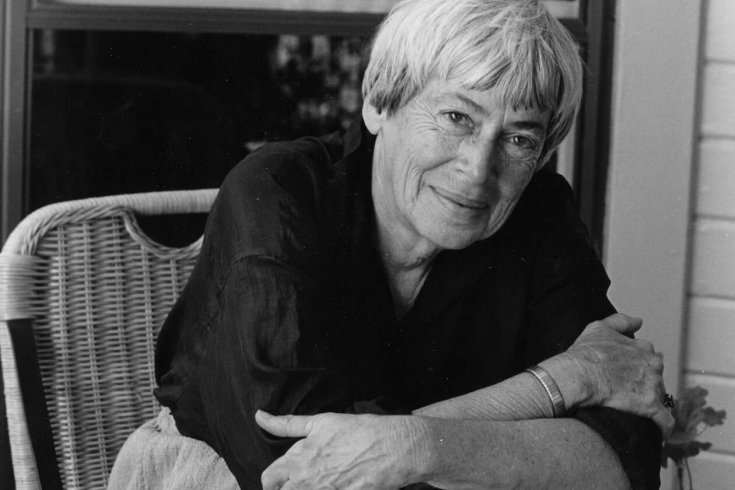 I was twelve when I encountered a battered paperback titled A Wizard Of Earthsea by Ursula K. Le Guin. Its back-cover blurb explained it was the first of a trilogy, and offered comparisons to C.S. Lewis and J.R.R. Tolkien. I thought I knew what to expect. I had read all of Narnia and The Lord Of The Rings series several times apiece, along with books by David Eddings, Raymond Feist, and other lesser lights. I spent half my free time sharing my own clumsy fantasy worlds via Dungeons & Dragons. I opened this new book expecting wizards and dragons, castles and battles, adventures and dangers, good and evil.

I was—as the physicist Wolfgang Pauli said of careless thinking—not even wrong.

There were wizards and dragons aplenty in Earthsea, but its stories were hauntingly different from the ones I had previously read, in which evil tended to be vanquished by martial feats of power, purity, stealth, and derring-do. Those fantasy novels were written by men who could never have imagined worlds where the malignant shadow that plagues a hero is revealed to be a long-sundered part of him; or where the world’s greatest wizard is imprisoned, helpless, by our protagonist, a conflicted fifteen-year-old priestess; or where a villain’s jealous quest for immortality leads not to a terrible invasion followed by warfare, but a grinding worldwide environmental catastrophe.

Twelve was, for me, a golden age because I was still capable of reading immersively, without analysis or judgment, and the pure escapism I achieved felt like transfiguration. But Earthsea stayed with me on earth. It awakened an awareness that my obsessive literary loves, fantasy and science fiction, the alleged literature of speculation, were too often sterile, predictable, and regimented, built atop the unexamined assumption that stories are about who wins power. It was because of Le Guin that I began to understand that speculative fantasies do not necessarily mean fantasies of domination, and I began to read, and hence think, more broadly.

It’s not that Le Guin wasn’t interested in power, in its various incarnations as magic, science, or politics. She wrote incisively about all three. But she was more interested in speculating about how different societies in different worlds might achieve harmony than she was in how some of their people might become mighty.

Le Guin was still winning major awards for work she wrote in her late seventies, but much of her legacy rests on two pillars, mostly published between 1968 and 1974: Earthsea and the Hainish Cycle. In 1974 she became the first science fiction author to sweep the field’s two major awards, the Hugo and Nebula, with two separate novels, The Dispossessed and its predecessor The Left Hand Of Darkness.

It is difficult to overstate what a remarkable feat that was. This was an era when science fiction was so “ineluctably masculine”—to quote the author Robert Silverberg, who wrongly assured 1970s readers that the pseudonym James Tiptree Jr. could not possibly mask a woman—that fully 90 percent of those nominated for the best-novel Nebula between 1966 and 1975, and 93 percent of their corresponding Hugo nominees, were men. But measuring Le Guin’s winning titles by that yardstick still sells them short.

Most science fiction novels written in that era have become relics of the past, sepia dreams of long-discarded retro-futures, invisibly anchored to the sixties counterculture or the Cold War and left to disappear beneath history’s rising seas. Not Le Guin’s; her visions were more daring, and hence more lasting. The Left Hand Of Darkness asks its readers to conceive of gender as more complex than “man” and “woman,” and to imagine a world in which social divisions are not dictated by that binary divide. The Dispossessed postulates the exploitative nature of both communism and capitalism, then portrays an alternative socioeconomic system, the “ambiguous utopia” of its subtitle, ridden with almost as many flaws. They resonate now more than ever in this era of late capitalism and gender fluidity.

It is too reductive, though, to speak only of Le Guin’s ideas and concepts, as if her chief virtue were simply the precipitation of new modes of thought in her readers. That would do a grave disservice to her characters, and above all to her magnificently beautiful sentences. She was a glorious writer, casually tossing off a breathtaking turn of phrase on every page, elegantly vivid, honed sharp as broken glass. Consider the opening paragraph of her novel The Lathe of Heaven:

Current-borne, wave-flung, tugged hugely by the whole might of ocean, the jellyfish drifts in the tidal abyss. The light shines through it, and the dark enters it. Borne, flung, tugged from anywhere to anywhere, for in the deep sea there is no compass but nearer and farther, higher and lower, the jellyfish hangs and sways; pulses move slight and quick within it, as the vast diurnal pulses beat in the moondriven sea. Hanging, swaying, pulsing, the most vulnerable and insubstantial creature, it has for its defense the violence and power of the whole ocean, to which it has entrusted its being, its going, and its will.

Lathe, a novel in which the fabric of reality itself can be warped and rewoven by dreams, is often interpreted as her tribute to Philip K. Dick. In one of literary history’s more bizarre coincidences, Le Guin and Dick, one of the very few comparably legendary science-fiction authors, attended the same Berkeley high school, and even graduated in the same year, 1947, but never met—although years later they would correspond and occasionally speak on the phone. The two shared an interest in Eastern mysticism (Taoism for Le Guin, the I Ching for Dick) and, unusually for their era, their science fiction was primarily about how science might shape human societies and, even more than that, what it means to be human.

Le Guin’s fascination with societies came to her naturally; her parents were anthropologists. Presumably that upbringing helped her to navigate the world of science fiction fans and authors in which she found herself. Science fiction has long been as much a community as a genre, bound together by frequent conventions, and her relationship with her fellow authors and editors was sometimes fraught. She was a feminist; the men who continued to dominate the field were generally not. While science fiction remained overwhelmingly white, Le Guin made a point of featuring nonwhite protagonists (for example, Earthsea‘s Ged and The Left Hand of Darkness‘s Genly Ai). In 1971 she was asked to blurb an anthology whose authors were exclusively male. She memorably responded:

I can imagine myself blurbing a book in which Brian Aldiss, predictably, sneers at my work, because then I could preen myself on my magnanimity. But I cannot imagine myself blurbing a book, the first of a new series and hence presumably exemplary of the series, which not only contains no writing by women, but the tone of which is so self-contentedly, exclusively male, like a club, or a locker room. That would not be magnanimity, but foolishness. Gentlemen, I just don’t belong here.

Like all great science fiction her work is deeply, unabashedly political. It is also often brutally dark. She won another Hugo for her 1972 anti-colonial, anti-war novella “The Word for World Is Forest,” whose chief antagonist is largely unleavened by any of Le Guin’s usual complexity, and which was explicitly inspired by the Vietnam War. In it, human aggressors do not just inflict mass violence on the inhabitants of a harmonious forest world, but infect them with a predilection to violence, transmitting cruelty like a virus. Her most famous short work, “The Ones who Walk Away From Omelas,” won her yet another Hugo. More meditation or koan than short story, it depicts a happy and prosperous city whose bliss rests on a dark secret: in exchange for this abundance, deep in a basement, out of sight, a single child must be perpetually tortured.

A metaphor for the excesses and exploitations of capitalism? Perhaps. Certainly from The Dispossessed onwards, Le Guin was one of capitalism’s sharpest critics. In 2014, at age eighty-five, she received the Medal for Distinguished Contribution to American Letters at the National Book Awards. Her acceptance speech was, typically, a call to action:

Hard times are coming, when we’ll be wanting the voices of writers who can see alternatives to how we live now, can see through our fear-stricken society and its obsessive technologies to other ways of being … We live in capitalism. Its power seems inescapable. But then, so did the divine right of kings. Any human power can be resisted and changed by human beings. Resistance and change often begin in art. Very often in the art of words.

To this day, some of the science fiction community seems to find that thesis objectionable. A few years ago, an group of authors oddly known as “Sad Puppies,” and their alt-right white-supremacist counterparts the “Rabid Puppies,” began lamenting the rise of so-called “social justice warrior” science fiction. On his blog, one writer complained: “A few decades ago, if you saw a lovely spaceship on a book cover … you could be pretty sure you were going to get a rousing space adventure. These days, the book has a spaceship on the cover, but …. is the story merely about racial prejudice and exploitation, with interplanetary or interstellar trappings?”

I cannot help but read that and think of the spaceships which dot The Dispossessed and The Left Hand of Darkness. Apparently those who claim to long for the good old days of science fiction have never read the work of the most decorated author of the era they profess to adore. I recall my own dawning realization at age twelve that the genre I had thought to be one of limitless possibilities had, in fact, largely chosen to entrap itself within walls of its own imagination—walls that were entirely invisible to me until I encountered the work of Ursula K. Le Guin.