Should Oil Companies Be on the Hook for Climate Change Costs? | The Walrus
Skip to content 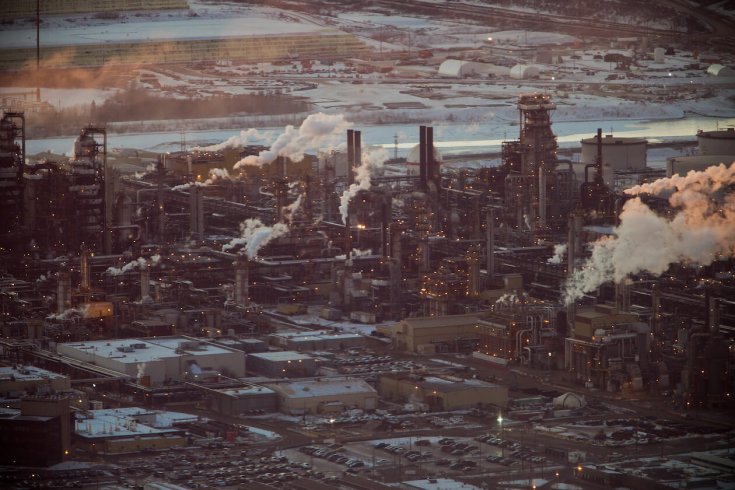 One morning last summer, Ken Williams, the mayor of the Vancouver Island community of Highlands, stepped out his front door into an apocalyptic scene. The cloudless sky was an unnatural shade of peach orange. The air smelled like forest fire, but the actual flames were more than 500 kilometres away, predominantly in British Columbia’s interior. “You start to feel like it’s a pretty small world after all,” he says.

By the time the autumn rains arrived, forest fires in the province had devoured more than 12,000 square kilometres—an area double the size of PEI—and forced the evacuation of 45,000 people from affected cities and towns. By season’s end, the fire-response bill totalled $560 million in tax dollars, dwarfing the $63 million budgeted by the province that year.

A question dawned on Williams: Who should foot the bill for the fires and all the other disasters that are increasingly being linked to climate change? Highlands, a sleepy community of about 2,200 residents set along the verdant coastline of Saanich Inlet just northwest of Victoria, is like many small communities across Canada already confronting rising costs to upgrade roads and drainage to adapt to winter rainstorms while proactively preparing for wildfires. Its expenses are only a tiny fraction of the estimated $5 billion per year that sea-level rise, storms, and wildfires will be costing Canada by 2020.

In response to these concerns, Highlands became the first municipality in the world to write “climate warning letters” to more than twenty of the world’s biggest fossil fuel companies last year—putting oil, gas, and coal companies on notice that they will need pay a share of the adaptation costs. The community made no direct threat of legal action, unlike a growing number of governments around the world. Since the early 2000s, towns, cities, states, and even entire countries have been looking to the world’s biggest fossil fuel companies to pay a share of the costs associated with producing and burning fossil fuels. Many are now seeking damages in court.

For some, this popular movement is heralding a dawn not unlike the one that derailed big tobacco in the 1990s, this time targeting big oil. “People who benefit from pollution should pay a portion of the costs of that pollution,” says Andrew Gage, a lawyer with Vancouver’s West Coast Environmental Law, the non-profit group that came up with the climate warning letter idea. “They made huge profits by doing this, so surely there’s a fair share they owe to the rest of us, as we rebuild communities after wildfires or build seawalls to withstand future sea-level rise.”

There is no doubt that the world’s biggest fossil fuel companies have known about the effects of climate change for decades. Scientists working for Humble Oil (which was later absorbed into Standard Oil and eventually evolved into ExxonMobil) published research accepting the science of climate change in peer-reviewed journals as early as 1957. By 1968, the American Petroleum Institute commissioned a comprehensive review of climate change science, acknowledging that the world was undergoing a global experiment with potentially dire consequences.

Since then, the industry convinced people they needed to keep using fossil fuels by spreading misinformation, sitting on patents, and lobbying against government action. It’s in this deliberate misleading of the public, says Gage, that the industry’s “greatest culpability” could lie.

There are a handful of legal cases ongoing around the world seeking damages from various combinations of big fossil fuel companies. The cases vary widely, but a common strategy is to claim the companies have created a “public nuisance” by contributing to the greenhouse gases in the atmosphere. Meanwhile, the planet’s least-developed countries—through ongoing UN climate negotiations—are seeking compensation from the developed world for runaway climate impacts. Resistance from developing countries, including Canada, is strong, but there is currently an international movement led by sixty-five environmental and social-justice groups outside the official UN process to impose a “climate damages tax” on fossil fuel producers to pay for the impacts of climate change.

The most advanced legal case is currently happening in Germany, where a Peruvian farmer is suing a German coal company for a share of the costs necessary to drain a lake created by a melting glacier in Huaraz, Peru. Through a complex calculation, the prosecution is estimating that the company alone is responsible for 0.5 percent of the costs—amounting to approximately $25,000. It is the first time anywhere in the world that a climate damages case has proceeded to the stage where evidence is heard.

Gage says the success of current and future litigation will necessitate emulating the successful campaigns against big tobacco. In Canada, tobacco litigation didn’t exist until British Columbia enacted a piece of legislation in 1997, the Tobacco Damages and Health Care Costs Recovery Act, which defined the rules by which tobacco litigation could be brought. Such rules connected the harm suffered by provincial health care agencies to the production and sale of tobacco by the companies—clarifying the rules of liability so cases could proceed. Every other province and territory has since copied the act.

Climate litigation needs this kind of enabling guidance. There are already early efforts, led by West Coast Environmental Law and partners, to emulate the BC tobacco act to create enabling legislation that would lay out the rules to bring fossil fuel companies to court. But a public shift in attitudes to make it possible for oil companies to be held accountable will take time. For years, the idea that tobacco companies shared a responsibility to pay for part of cancer-treatment costs was not only considered unlikely but unreasonable—both among the public and the companies themselves. But the issue of accountability eventually reached a tipping point—a dramatic shift in how the public viewed that industry and its complicity in causing grievous harm. This tipping point was not reached by some lightning-strike occurrence but by the cumulative effects of litigation, scandalous industry testimony before the US Congress, and changing public attitudes about health. On the latter, people grew to better understand the connection between cause and effect—and demanded accountability from businesses that were profiting from harm.

Kivalina, a village of about 400 Inuit on a tiny Alaskan island north of the Arctic Circle, illustrates how public sentiment is critical to climate litigation success. In 2008, the residents attempted to sue twenty-four fossil fuel companies for a portion of the costs associated with moving their community after melting ice and rising sea levels began swallowing the island and increasing its exposure to storms. A US federal court dismissed the lawsuit, in part because it held that addressing the impacts of climate change was a political question for legislators, not the courts, to decide. Subsequent appeals failed to revive the case. That case began a decade ago. To many today, it’s not a question of if climate litigation will continue to gather momentum but when will it reach its tipping point. “I don’t think there’s anybody in the legal community who would bet against some kind of litigation being launched in Canada, against either government or emitters, in the near future,” said Stepan Wood, then York University Research Chair in Environmental Law, to the Toronto Star last spring. “There’s a feeling that the ball is starting to roll.”

Large-scale accountability for fossil fuel companies does not yet register in the public consciousness, but that could change quickly as taxpayers increasingly absorb the costs. Take the example of Vancouver, where city staff in November 2016 discussed the possibility of spending up to $800 million to build a storm-surge protector to protect a section of its False Creek coastline. (The cheaper alternative was a $400 million upgrade to existing seawalls.) And that’s just the tip of the iceberg: in 2012, BC estimated that Vancouver and its neighbouring municipalities will need to spend $9.5 billion between now and 2100 to address rising sea levels along about 250 kilometres of shared coastline. That’s not even including all the other climate change costs that will come with it, including the prevention and fighting of wildfires, damage to buildings from heavy precipitation, and dealing with severe drought and erosion.

For Mayor Williams and his community of Highlands, the task of reminding fossil fuel companies that they share responsibility for climate costs was a first step. Since they took the lead, three other BC municipalities have sent letters as well (Andrew Gage hopes that municipalities in BC that are affected by climate change will eventually launch a legal case.) Meanwhile, Greenpeace Canada is working the same issue from a different angle: trying to force companies to fully disclose climate risks to investors, which would include potential costs of litigation.

Out of more than twenty letters sent by Highlands to the head offices of fossil fuel companies in Australia, Russia, Saudi Arabia, and across North America, only two have gotten responses to date. Australian coal giant BHP did not acknowledge the content of the letter at all; instead, it confirmed human-caused climate change is real and provided a link to internal research that concludes that “all the commodities in the existing [BHP] portfolio, including oil, gas and thermal coal, have strong future margins given our high-quality, low-cost assets.”

French oil giant Total provided more substance: “Total cannot be held liable for the consequences of climate change…we cannot respond favorably to your request for Total to pay a share of the estimated costs which would be incurred by this community.”

It wasn’t much, says Williams, but this is the first step in a very important conversation. “It’s like seatbelts and cigarettes,” he says. “Eventually, this will be up to the public to decide.” The difference this time around, is that it’s not just individual smokers or drivers at risk of harm, but all of us.