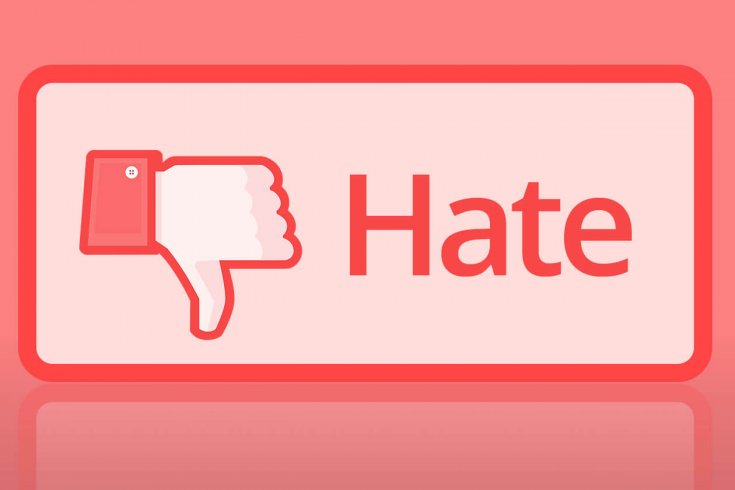 Graphic by The Walrus

As Brian Busby recently noted in The Walrus, several people have posted crass messages on the Conservative Party of Canada’s Facebook page, expressing their desire for Prime Minister Justin Trudeau to die in a multitude of ways: bear mauling, avalanche, shooting. Similar comments about Stephen Harper were posted on social media during his time in office. Given that the posters are fully identifiable, why haven’t police laid charges against these people for their seemingly threatening remarks?

It’s a complicated area of the law. Uttering threats is a charge under the Criminal Code of Canada, but for someone to be convicted, two conditions must be met: first, that a “reasonable person” would perceive the words to be a threat of death or bodily harm, and second, that the accused intended his words to intimidate or be taken seriously.

Emboldened by anonymity and enabled by the instantaneous nature of social media, people post things they wouldn’t dare say face to face.

“The law has really struggled between separating out those threats that are just made in the heat of the moment from those that are serious,” says Richard Fowler, a criminal defence lawyer in Vancouver. For instance, if someone shouts during an argument, “I wish you were dead!” or “God, I could kill you!” before storming out of the room, it would be difficult to prove the person meant for that to be taken seriously.

The online world is, much of the time, comparable to that type of outburst. Emboldened by anonymity and enabled by the instantaneous nature of social media, people post things they wouldn’t dare say face to face. If Trudeau was at a public meeting, would the Facebook commenters stand up and say these things aloud? Unlikely. But if one of them did, surely the police would be called. “It’s almost like because it’s the Internet, we have a higher degree of tolerance,” says Fowler. “The difficulty with the comments about Trudeau would be establishing that they were intended to be threatening or intimidating in the context of, basically, a complete disintegration of quality of political speech.”

Many of the posts aren’t threats as defined in the Criminal Code. “With any luck a bear will eat him,” wrote one person, while others wished for him to be shot. These are juvenile and nasty, but not actively threatening. They express a desired outcome, not an intention to kill the prime minister. Had someone written: “The next time Trudeau’s in the woods, I’m going to sic my bear on him,” or “I’m going to shoot him,” those would be threats. There could be grounds, though, to charge these people with a different offence—inciting or counselling to commit a crime.

If you make threatening statements to someone’s face, that’s stronger evidence that you intend to be taken seriously. It’s not a requirement for a conviction, though; Fowler had a client a few years ago who pleaded guilty to sending threatening emails to a local politician. If the Facebook users who posted on the CPC page instead mailed their comments to Trudeau’s house, or even tweeted them at him, a prosecutor could likely argue more easily that they were trying to intimidate. A Toronto man, for instance, was convicted last fall of uttering threats and criminal harassment after sending multiple threats to Conservative MP Michelle Rempel on Twitter, the National Post reported.

When such comments are sent into the void online and not directly to any one person, it can be more difficult to prove in court that the accused intended to be taken seriously. But not impossible: In 2014, a nineteen-year-old Quebec woman tweeted a link to a news article about Pauline Marois calling an election, and wrote: “Good get the bitch out of there before I bomb her.” She was charged with uttering threats, and at her trial, said she typed the post “without thinking about it clearly.” She was found guilty. Earlier this month, a Saskatchewan man was arrested and charged with uttering threats against Trudeau on social media. Last year, a man in Prince Edward Island was charged with threatening Premier Wade MacLauchlan and Stephen Harper on Facebook. “Every case is treated on its own merit and we cannot possibly make generalizations or speculate,” said a Toronto Police Service spokesperson when asked why some threatening online comments get investigated, while others don’t.

“It’s definitely a difficult area of the law,” says Fowler. “You don’t want to cast the net too wide, because you don’t want to criminalize every angry comment. That’s going too far.” One such example? Last March, a Kitchener, Ontario, man tweeted about Toronto Blue Jays player Jose Bautista’s new contract: “F**king pay the man or I’m throwing the Ted Rogers statue in the harbour you pieces of s**t.” Police officers showed up at his house and gave him a warning.

Prior to a Criminal Code amendment in 1985, the charge of uttering threats didn’t apply to those made in person—only those conveyed by “letter, telegram, telephone, cable, radio, or otherwise.” Written threats were thought to be more fear inducing than verbal ones. The code was expanded to include threats made “in any matter.” A few years after the amendment, “uttering threats” was still being defined. In 1991, the Supreme Court of Canada heard a landmark case involving a man who had written graphic letters to three Ottawa Rough Riders cheerleaders. Each one included the line: “I am going to fuck you even if I have to rape you. Even if it takes me till the day I die.”

Initially, the man was acquitted of uttering threats. “The tenor of the letters, while immature and disgusting, reveal [sic] more of an adoring fantasy than a threat to cause serious bodily harm,” the trial judge said. It’s hard to believe this today, but the central issue at the Supreme Court appeal was whether a rape threat constituted a threat to cause serious bodily harm. It did, the judges ruled. “The words used to express the threat were clear and the letters as a whole could have no other meaning than that these three young women would be subjected to rape—forcible sexual penetration without consent through the use of violence or threats of violence,” they wrote.

There are those who will argue that because we enjoy freedom of speech in Canada, we have the right to make offensive comments about the prime minister, or anyone else. “You have the right to say a lot of things,” says Fowler, “but other people also have a right to demand that you say them in a respectful way.”