The Poor Need a Guaranteed Income, Not Our Charity | The Walrus
Skip to content 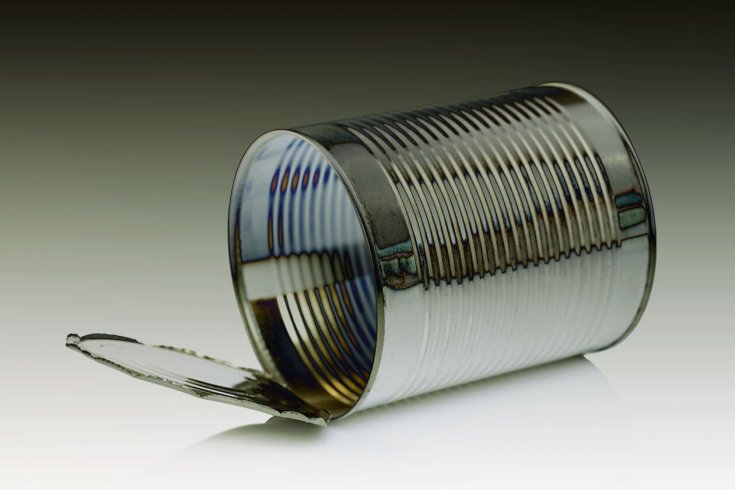 Nutritionist and food-security expert Valerie Tarasuk recalls the meeting, early on in a five-year-long research project, when she and her fellow researchers reached the point of mind-numbing exhaustion that made civil discourse nearly impossible. It had become clear to them that the way Canadians talked about the prevalence of hunger—mostly framed in terms of food bank use—was missing the point. They needed some way to communicate the severity of the problem as they saw it. But would the public pay any attention to a purely descriptive report based on data gleaned from the “bowels of Stats Canada”?

The answer, it turned out, was yes.

Later that year, Tarasuk and her team released the 2011 Household Food Security in Canada Report. It revealed that, on average, one in eight households in Canada was experiencing some level of food insecurity—a total of 3.9 million individuals, a quarter of whom were children. It also “outed,” as Tarasuk puts it, the geographic and racial inequity of the problem. Rates of food insecurity in Nunavut, for example, were three times what they were in Ontario, with one in two children in the territory living with food insecurity. (Tarasuk also points out that this is certainly an underestimate since the the survey doesn’t include people who live on reserve, or people who have no fixed address.)

And, crucially, it made the news. The Canadian Press picked up the story, and it was covered on Global, CTV, in the Huffington Post, and in Metro commuter papers. Finally, Canadians were talking about hunger the right way—as a matter of food security.

Hunger is an easy feeling to define. We’ve all known it, to some degree, at one point or another. Food security, on the other hand, is trickier—and according to experts, it’s more common and more dangerous than the suffering or malnutrition we typically associate with the physical state of hunger.

In 2005, Statistics Canada started measuring the extent of this problem through a new eighteen-question section on its Canadian Community Health Survey—a massive, biennial survey of about 60,000 households selected to give a snapshot of the wellbeing of the general population. The section includes questions such as ‘Do you worry about running out of food before you will have money to buy more?’ and ‘Do you skip meals so someone else in your house can eat?’ Respondents receive a rank of either food secure, or mildly, moderately, or severely food insecure. Tarasuk and her team were among only a handful of social scientists in Canada looking at this data. Their research group, PROOF, had been mining public health data to better understand the struggle to eat well in this country, and they had become aware of what seemed to be a much more pervasive problem than was being reflected in the media and policy discourse.

The typical arguments, based on anecdotal evidence, were familiar: Poor people can afford to eat healthy if they know how to cook from scratch. Senior citizens are the most vulnerable Canadians when it comes to hunger. Community gardens and kitchens reduce the need for food banks. But what Tarasuk’s research came down to is this: Food security is not a food problem. It’s a money problem.

As PROOF’s findings have gained more recognition from media, academics, and those working in food security, they have also started to change the rhetoric around hunger and food security in this country. Their research has shown that, in fact, there is no difference in cooking skills between households with money and without. In Canada, for example, it is single adults between the ages of eighteen and thirty-five—not the elderly—who are the most vulnerable when it comes to hunger. And, despite the proliferation of community gardens and kitchen programs, food bank use has only continued to increase.

When PROOF parsed later data sets from the 2013 CCHS, which included questions meant to assess “food skills”—such as preparing simple dishes with a recipe, and adjusting recipes to make them healthier—they found that the majority of respondents were pretty confident in the kitchen. Most self-reported good food skills, and neither income level nor food security status had any bearing on this. Food insecure households were just as likely as food secure households to be careful of the amount of fat and sugar in what they ate. The main difference between the two, in terms of shopping habits, was that food insecure households were far more likely to grocery shop on a budget.

“There’s this sort of myth that people that go to food banks or don’t have enough money for food, it’s a budget problem; they don’t know how to allocate their money properly,” says Mary Ellen Prange, of the Ontario Society of Nutrition Professionals in Public Health (OSNPPH). “[This research] just blows that myth out of the water.” Traditionally, public health agencies have tended to look at support programs like cooking classes, community kitchens, and gardens as “upstream” ways to reduce the need for food banks and provide a more dignified way to access food. Prange says there’s value in these programs—they bring people together, and can support local agriculture—but “they don’t change household food insecurity status.”

In 2015, she helped developed a position statement on behalf of OSNPPH members, rife with references to PROOF‘s work. It emphasized the position that hunger is an income problem, not a nutrition problem; called food charity “an ineffective and counterproductive response to food insecurity”; and included a section critical of food manufacturers’ corporate influence on Food Banks Canada, whose board members include retired and sitting executives from companies such as Pepsi Co., Kraft Canada Inc., and Loblaw Companies. (In 2012, Food Banks Canada introduced a tax incentive plan to allow food manufacturers, importers, distributors and retailers to deduct the production cost of food donated to food banks from their taxable income, but it never became legislation.)

The goal of the paper was to “get public health units all singing from the same song-sheet, really,” says Prange. So far, they’ve had only half of the health units across the province endorse it—in part because some aren’t comfortable with PROOF’s critique of food charity and food banks.

“We’re not slamming food banks for the work that they’re doing,” says Prange. “But the issue is that there’s this idea that food banks are solving the problem. No, the problem is not being solved, and the existence of food banks kind of lets the government off the hook.”

Food banks are clearly an important resource for many individuals and families struggling financially. But in the food-security world, there is a feeling that it represents an old and outdated way of doing things.

Tarasuk has appeared on dozens of panels along with Sean Pegg, director of policy and research for Food Banks Canada. They are two points on a spectrum in which, on one end, food banks are part of the problem because they rely on the charitable whims of corporations and civil society, and on the other, a part of the solution to meeting basic needs when all else fails.

As far as advocacy for changing the system, Pegg says that “the overall thing that we all stress is that income, low income, is at the root of food insecurity, root of hunger, root of food bank use,” and notes Food Banks Canada has made policy recommendations aligned with PROOF‘s research: for a National Poverty Reduction Plan, for significant investments in the north, and for a basic income.

Many people think of basic income as a radical, untested idea, but Canada already has it for a significant portion of the population: seniors. One of the first projects that PROOF worked on, based on research conducted by Lynn McIntyre at the University of Calgary, looked at old age pensions in Canada. Using the Canadian Community Health Survey data once more, they randomly selected a group of single, low-income “near seniors” aged 55 to 64 and followed them for ten years. At the outset, 22 per cent qualified as food insecure. By the time the cohort passed age 65, that number dropped to 11 per cent. Nothing else changed in their lives except this crucial birthday. Turning 65 and becoming eligible for the old age pension—a stable, secure income, indexed to inflation and double regular social assistance amounts—immediately halved the number of people going hungry.

This kind of income is precisely what it will take, Tarasuk argues, to alleviate the stress many Canadians feel when it comes to covering even their most basic needs. She is encouraged by Ontario’s basic-income pilot; if it’s adopted, it may eliminate the need for piecemeal approaches.

“It’s not about a soda tax, or access to food, or better nutrition labelling. Community kitchens don’t solve it. Gardens don’t solve it. There’s arguments for all that stuff. But it’s not going to move the needle on food insecurity,” says Tarasuk. “We just want basic income. That’s it.”

Colleen Kimmett is a writer based in Montreal. Her work has appeared in the Guardian, Al Jazeera America, and The Development Set.