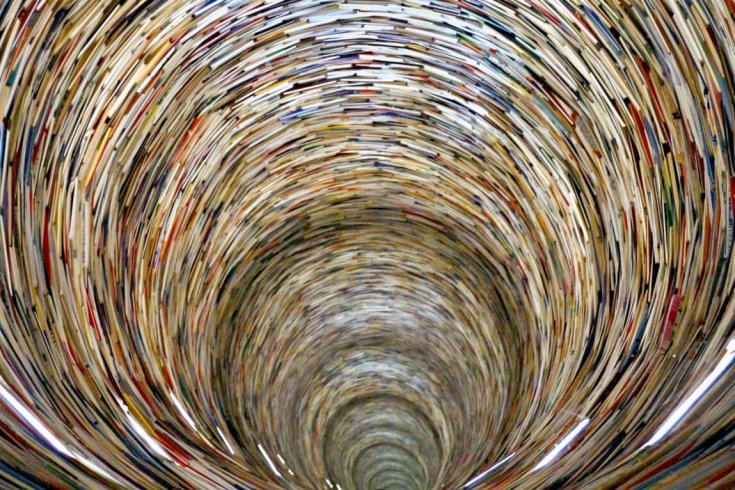 At most Canadian universities, in any given year, tens of millions of photocopies are being made. This does not count millions more “copies” printed via public and private printers, nor does it count scanned documents, cut-and-pastes, file downloads and other kinds of electronic transfers. Multiply this by the number of public institutions operating under the same or similar “user-centred” policies and the count could be as high as a billion copies per year.

But is all that duplication legal? As both a writer and a librarian who works in a university, I hear a lot about so-called “fair dealing”—the exception in the Copyright Act that allows you to use other people’s copyright protected material for purposes such as research and private study provided that what you do with the work is “fair.” But my guess is that copyright infringement, especially in our academic institutions, is rampant. We are part of a culture in which many demand instant access at no cost, and in an environment where most people have easy access to a whole range of reprographic devices. Illegal reproduction has turned the music and film industries on their heads. It would be naive to think it is not doing the same thing to publishing. The picture from the perspective of professional writers—novelists, poets, non-fiction authors—has grown increasingly bleak in recent years: more and more people wanting “content” for free; more professors, teachers, librarians and, yes, students building careers on the written word while actively denying writers fair payment for their work.

How did this institutionally sanctioned piracy come to be? It begins on June 29, 2012, when the Copyright Modernization Act (Bill C-11) was passed. This bill extended the fair dealing under copyright to include parody, satire and—crucially—education. A few weeks later, the Supreme Court of Canada released five judgements related to copyright, one of which, Alberta Education v Canadian Copyright Licensing Agency, had profound consequences in expanding the rights of users in educational institutions to reproduce short excerpts from published works. Taken together, these developments constituted a legislative/judicial left/right combination that put writers and publishers on the canvas, while raising the glove of the educator toward the rafters.

Some background: universities in Canada, post-photocopier, generally paid for copying in excess of that allowed by fair dealing through licensing agreements with an independent not-for-profit body called Access Copyright (formerly CANCOPY). Institutions paid at a rate of $3 per student, with the gains distributed to Canadian writers by Access Copyright. In 2012, however, buoyed by both the new legislation and the SCC decisions, universities decided that the same level of copying that had previously been paid for under licensing agreements was now allowable under the provision of fair dealing. Over the next few years, more than twenty Canadian universities, with the support of faculty members and faculty unions, made this a matter of policy. They refused to sign the new Access Copyright model agreement, citing exorbitant fees and, in some cases, draconian limitations on file sharing.

It might seem surprising that librarians, professors, and university administrators would exhibit such outlaw-like behaviour. But librarians had complained for decades that copyright law prevented them from offering better services to their users: desktop delivery of documents and electronic reserves being two services technology could easily allow. Perhaps they also chafed at having to enforce copyright when it should really be the user’s responsibility. Faculty, in turn, wanted to make copying and sharing easier for students and for themselves, and argued that the practice would act like Viagra on the agora.

But wait; were not faculty members and librarians also writers in many cases? Why would they sabotage their own earnings? The truth is that librarians and scholars don’t care much (if at all) about earnings from academic writing. If they did, they would not be mired in that long-established academic practice of giving work away in the form of journal articles to international publishing conglomerates who then sell the content back to universities at exorbitant and ever-escalating prices. The fact is that academics and librarians are already very well paid for their writing: it is part of their salaried work (union rates). Prestige is also part of the payment as publishing leads to advancement.

What then would motivate universities to deprive non-academic writers of fair payment for their work? As always, even in the halls of the academy, one need only follow the money. University administrators, faculty, and librarians seized on the chance to save a buck while making things a little easier for themselves in their everyday work lives. They were even somewhat upfront about it. They cited the proposed increase in the Copyright Access tariff from $3 to $26 per full-time student, saying it was just too expensive. At my institution this would have jacked up the annual fee from about $45,000 to almost $400,000. A large increase, and greedy monopolizing on the part of Access Copyright, no doubt, and yet a pittance when compared with what universities would save if they dealt with the existing problem of paying twice for the content of academic journals, a strategy that would amount to millions in annual savings for every Canadian university. How to explain this nickel-and-diming except to say that non-university writers were a softer target than faculty?

The question I’d like to pose here is: why should writers, among the lowest-paid skilled workers in Canada—whose average income is less than 50 percent of the median national wage—be asked to subsidize the education system by making early contributions to the public domain?

It’s not fair. Or is it? It’s hard to say because the legislation offers no definition of what is fair. In a much-cited Supreme Court decision, the judgment included the following: “the Copyright Act does not define what will be fair; whether something is fair is a question of fact and depends on the facts in each case.” The Association of Universities and Colleges of Canada (AUCL) and the Association of Canadian Community Colleges (ACCC) took it upon themselves to put out policies for fair dealing which many universities have since adopted as though these policies were law. They were not and are not. Interestingly, these policies look a lot like the old CANCOPY guidelines, which were supposed to cover copying “in excess” of that allowed under fair dealing.

In the new reality, what was once considered “in excess” became the minimum allowed. In recent months, I have heard younger co-workers talk about the 10 percent rule (the amount of a published work that could fairly be copied under the licensing agreement) as a hangover from the “old” Access Copyright days. The logic of those who want to interpret fair dealing liberally is loose and self-serving, and it runs something like this: since there really is no set amount that can be copied except what is fair, there is no problem with copyright infringement anymore. Librarians are now moving to make scanned documents available through password-protected course reserve systems. Password-protected sounds good, right? What it cannot prevent, however, is the user copying the electronic copy and posting it or transmitting it elsewhere on other networks. Suddenly a single paper copy has the potential to become thousands of electronic copies without the rights-holder ever having been consulted.

Fixing this won’t be easy. The courts expect writers’ and publishers’ organizations to demonstrate how copying under fair dealing has damaged the market for the work. However, in order to demonstrate cause-and-effect, you would have to have access not only to the amounts copied on every reprographic device in every third-level Canadian institution in a single year, but you’d also have to maintain records of exactly what was copied. No such records exist.

It’s time for the Supreme Court of Canada to look at this issue again and make a distinction between works produced commercially, on which writers depend for income, from those produced in the academic world as part of the work of a salaried position. As it happens, the Supreme Court will soon rule on a challenge launched by Access Copyright against York University over copies the latter made under their fair dealing guidelines. Since similar guidelines have been adopted by many other Canadian universities, the decision will have broad implications for how fair dealing is applied and whether it continues to be applied in the same way.

Until then, it’s good to keep in mind Margaret Atwood’s testimony in the 1990s before the House of Commons Canadian Heritage Committee as part of its review of copyright legislation. She compared photocopying in libraries to car theft. Single copies can add up, she argued. “A single car theft isn’t much, either,” Atwood said, “unless it’s your car.”

Patrick Warner is a poet, novelist, and librarian. He lives in St. John's.