The Last 35 mm Picture Show | The Walrus
Skip to content 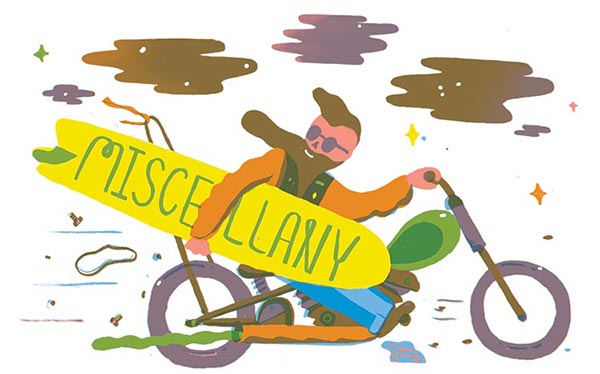 Woody Woodpecker and Sugarfoot were minding their own business when Dirty McNasty came along and ruined their day. The gun-wielding horse thief stole away with Sugarfoot, leaving Woody alone without a ride on the outskirts of town. Saddle-Sore Woody is hardly a tear-jerker, but this screening in early September still feels emotional for Charity Taylor, the thirty-eight-year-old projectionist at the Nite Hawk Theatre in Indian Head, Saskatchewan. “It’s been a tough month,” she says.

The 1964 animated short is likely the last 35 mm film she will ever run through the ancient projector, whose twin stands idle nearby in the twelve-by-twelve-foot insulated projection booth. The two machines, vintage 1930s, usually work in tandem. Because the cartoon is just six minutes, she does not listen for the bell that would otherwise signal a switch that must be perfectly timed. A full-length feature can entail seven or more 2,000-foot reels and plenty of grunt work—splicing, rewinding, and lifting the heavy spools onto sturdy old spindles—but she will miss it.

Tonight is part of a community effort to save Indian Head’s 109-year-old opera house turned movie theatre, and to replace its carbon arc projection system with a digital one. The owners are ready to retire and cannot justify investing in the technology; they ended regular shows on August 25. They want the 240-seat venue to endure, but whoever reopens it will need a $62,000 down payment on top of $45,000 to upgrade the projector—a tall order.

Indian Head, population 1,815, sits forty-five minutes east of Regina. Motorists speeding along the Trans-Canada Highway might recognize its grain elevator from Little Mosque on the Prairie, which was filmed here, but they have little reason to stop. Life was different in 1904, when the town boasted one of the first opera houses west of Winnipeg. Back then, it presented everything from chamber music and The Pirates of Penzance to the Chautauqua circuit.

The Nite Hawk’s mid-century maroon velveteen seats, salvaged from a demolished cinema in Regina, arrived in the ’90s. Beyond that, little money has been spent on renovations over the years. The balcony and the dance floor are long gone, but the original stage remains, as well as remnants of a pyrotechnic prop from a production of Faust during the theatre’s inaugural season. The non-profit group behind the fundraising campaign consists of local business owners and arts enthusiasts from the city. They hope to add a performance space for drama and music, a fitting return to the past and a renewed reason for those passing through to stop here.

Some of the theatre’s structural history has survived by chance. Nonetheless, Taylor, who spends her days down the street at Film Rescue International, a specialty processor of discontinued stock, understands that film requires more effort. Clients from around the world send in 35 mm negatives and Super 8 and 16 mm reels, then she and six co-workers resurrect the images of lost loved ones and long-ago vacations. “There aren’t too many jobs like this in small towns,” she says, laughing.

Taylor appreciates the irony of restoring film by day even as her nights projecting it are numbered. Meanwhile, conservation on a larger scale takes place some 3,000 kilometres away, at the Film and Television Archive at the University of California, Los Angeles. The specialized repository has 350,000 titles, with some reels dating back to the 1890s, but UCLA also struggles with the transition to digital cinema packages. “I don’t have $80,000 to $100,000 for a DCP set-up,” explains Jan-Christopher Horak, the FTA’s director. Under the right conditions, film can last over a century, but digital movies have no archival equivalent. The band-aid solution is continual migration, backing up files every few years. “Digital is still too ephemeral,” Horak explains, “so we preserve new movies on film. The studios don’t say so, but even they make 35 mm separation negative masters of CGI productions.”

Preservation aside, the switch to digital is almost complete. Hollywood has wound down print distribution, and insiders expect it will stop altogether in the next year or two. Instead of celluloid strips clattering past a beam of light, an algorithm now translates zeros and ones stored on compact hard drives into peerless images, at twenty-four frames per second.

Digital projection took off slowly, with little pressure to switch until the latest wave of 3-D films. Many people point to James Cameron’s Avatar (2009) as the technology’s vanguard, but Disney’s Chicken Little (2005) was actually the first movie projected digitally in 3-D. Gimmicks and funny glasses aside, DCP set-ups enable small-town cinemas to screen new releases sooner than when bulky canisters rolled into town by bus, often weeks after the films inside had premiered in cities. In the end, DCP might be the last line of defence against Netflix, iTunes, and home theatre.

The sky has not yet fallen on the Nite Hawk, and tonight’s fundraiser has brought the down payment within reach. While the smell of popcorn drifts through the long, narrow lobby, the high school football team sells 50/50 tickets, and Regina musicians Rah Rah and Andy Shauf prepare to go onstage. Upstairs, Taylor monitors the carbon rods that burn down like cigarettes inside the old lamp house, as Woody outsmarts McNasty and reunites with Sugarfoot.

Even if Indian Head manages to revive the Nite Hawk, Taylor is out of a job; a new plug-and-play system would be as simple to operate as a TV remote. “I’m not sure how digital works or if you need a projectionist,” she says, switching off the lamp and the speakers one last time. “I’m just glad I was able to do this before it was too late.” As the first band takes the stage and the music starts, she heads down to join the party.