Inside a converted power plant in Toronto’s Junction neighbourhood, a promoter from InteraXon greets the growing crowd of boozy twentysomethings: “Hi. Do you want to pour beer with your brain? ” One brave young woman dips into her tiny purse and proffers a fiver. When she dons the prototype headband, equipped with sensors that clip to her earlobes and forehead, clusters of neon lines representing her brainwaves dance on two nearby monitors. She recites the alphabet backwards (to help with concentration, the promoter suggests), then the beer tap jerks, and amber liquid pours forth into the glass. The young woman gasps: “I felt it in my head!”

This is one of the company’s last public demos of Muse—a device that measures brainwaves in real time and translates them into control signals for smart phone, tablet, or computer—before it hits online stores later this year. “For us, it’s like the birth of Jesus Christ,” says Ariel Garten. “There’s Before Launch, and then After Launch.” Petite, with intense blue eyes and no affinity for makeup, the thirty-four-year-old CEO of InteraXon and co-creator of its sole product seems calm, given the circumstances. We meet in the company’s conference room, nicknamed the Cerebroom, where a shoeless Garten places her feet in front of her and wriggles her toes. A desire to unravel the mystery of consciousness, she explains, forms the common thread through her eclectic professional history, from an eponymous clothing line featuring T-shirts silkscreened with brainwave patterns to her still-active psychotherapy practice.

In 2003, a friend introduced her to computer scientist Steve Mann from the University of Toronto, and over the next few years she collaborated with the so-called human cyborg and his student Chris Aimone on a number of brainwave-controlled concerts and art installations. In 2010, three years after launching InteraXon with Aimone and event promoter Trevor Coleman, Garten arranged for thousands of attendees at the Vancouver Olympics to simultaneously control the lights of the CN Tower, Parliament Hill, and Niagara Falls. Still, she had higher ambitions. She dreamt of a thought-controlled computing device that might enjoy some measure of the smart phone’s ubiquity and voltage. In other words, she wanted to commercialize on a massive scale; to achieve that, the freethinker would need to meld minds with wealthy investors.

“A mentor told me years ago that as a CEO your full-time job is fundraising,” she says. “I didn’t really get it. Now I do.” While she is grateful for the mentorship she received from MaRS, a Toronto not-for-profit that fosters innovative entrepreneurship, she didn’t bother to approach risk-averse Canadian investors. Instead, she took her standard-issue PowerPoint presentation to Boston and New York, where venture capitalists aggressively hunt for the Next Big Thing. Her first successful pitch, in 2011, started over a Skype connection so patchy she assumed she would never hear from the investor again. The next thing she knew, she was rushing to a high-rise at Thirty-Seventh and Broadway, where she detailed Muse’s non-beer-related uses, from flagging distractions like social networks—and even shutting them down—to selecting the perfect soundtrack for every mood. She left the meeting with a significant portion of the $500,000 she needed for her first financing round, and spent the rest of the evening celebrating at (where else?) a Björk concert.

So far, she estimates that she has probably delivered a hundred pitches. In most cases, she is the only woman in the room, but she claims she never feels nervous; she just taps in to her natural theatricality. (By the time she was twelve, she tells me, she was showing her family’s Toronto rental properties: “This fireplace is from 1892,” she intones. “Note the tiles.”) Lately, she has taken to letting potential investors wear Muse during her presentation. When their minds wander, she points it out. As she leaves the meeting, she takes bets from team members on how it went. She thinks she has discovered a “magic moment” cheat, which hinges on a subtle shift in investors’ language from “you” to “we.” She snaps her fingers; it means they’re in—and mostly they are.

Her current roster of backers includes actor Ashton Kutcher and Madonna’s manager Guy Oseary, who embody what Garten calls the Silicon Valley mentality: no guts, no glory. Any residual hesitation Americans might have had about investing in hardware (which, unlike software, requires sky-high overhead) evaporated when she scored legendary Hong Kong magnate Li Ka-shing’s Horizons Ventures—an early supporter of Facebook, Skype, and Spotify—as lead investor. But even as she confirms that she easily closed $6 million in financing this past August, turning away a conga line of investors, she knows her work is far from done.

Inside the Cerebroom, the walls covered from floor to ceiling in Post-it Notes with comments from focus groups, she projects that After Launch she will be right back on the fundraising trail; even at $269 apiece, she’ll continue to need investors to accelerate Muse’s growth. She will soon test the waters in Europe, and Canadian venture capitalists are finally showing some interest. Just yesterday, one begged her to squeeze him in to her latest financing. “He would only have done that,” she says with a wry smile, “once everyone in Silicon Valley said it was cool.”

Lauren McKeon is deputy editor of Reader's Digest Canada and the author of two books, F-Bomb and No More Nice Girls.
Adrian Forrow 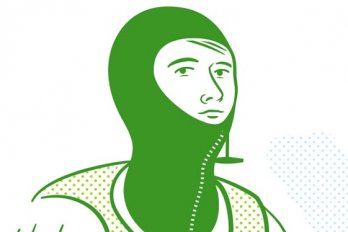 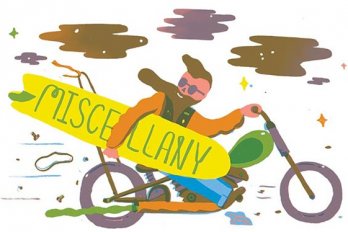 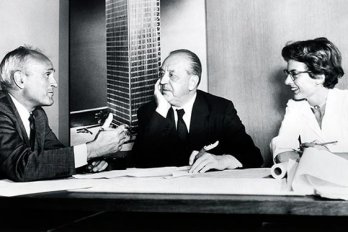