The “Ethnic Vote” Is a Myth | The Walrus
Skip to content 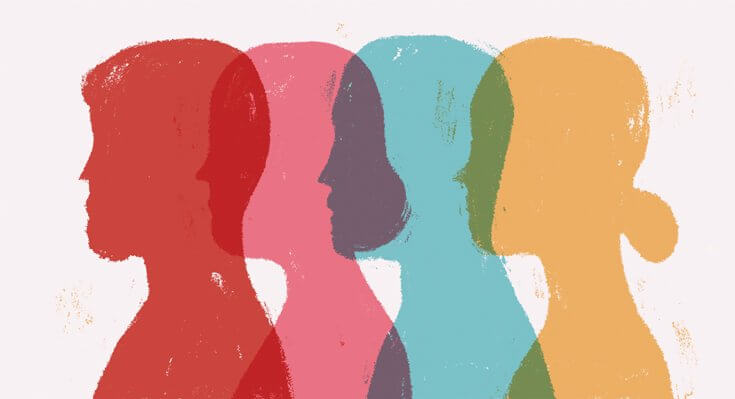 Gather a group of Canadian political observers together and sooner or later they’ll start to debate electoral math. This usually involves discussing which political party has an edge with a specific region or demographic group: who attracts more educated or young voters and so forth. In that context, saying that the Conservatives have an advantage in Alberta, for instance, isn’t exactly controversial. But start talking about the so-called ethnic vote and you’ll soon have as many analyses of which party has better chances, and why, as you have analysts.

Although it is often used by media to mean the non-white vote in general, political scientists and consultants use the term ethnic vote to refer to new or newer Canadians who are also visible minorities. The last two federal campaigns were won essentially by winning the seat-rich, and incredibly ethnically diverse, suburban Greater Toronto Area—ridings where visible minorities and immigrants make up a sizeable voting contingent. Accordingly, a clear narrative has emerged among both political commenters and the advisers who help run campaigns: winning the ethnic vote is essential.

All of which presumes that this thing that has been called “the ethnic vote” actually exists. But is it fair to label this the “ethnic vote” instead of the perhaps more accurate “suburban and exurban vote”? Are the concerns of ethnic voters in the GTA markedly different from their white counterparts? There are virtually no data to suggest so.

Political parties like to court the ethnic vote because it seems tactically efficient to do so. Canada has a higher naturalization rate than comparable Western jurisdictions, such as the US and Australia, and while other countries can afford to dial up the xenophobia come election time, Canadian political parties that want to form government do not have this option. (The two most populous and vote-rich provinces, Ontario and Quebec, have the largest proportion of immigrants who have obtained Canadian citizenship.)

In a way, this is good. It means all mainstream political parties must engage newer Canadians. But a cynic might—reasonably—say parties that reduce foreign-born visible minorities of all ages and genders and from all parts of the world to a homogeneous group, and then presume they all think and vote alike, are acting paternalistic, bordering on offensive.

The riding of York South-Weston (in that GTA suburban belt), for example, has a large visible-minority immigrant population, with roughly a quarter identifying their origins in a country in Africa or the Caribbean. Are we to assume that every single Black voter in the riding casts their ballot based on the same set of ideals and issues? Brampton East (Ontario) and Surrey-Newton (BC) both have a majority of residents identifying as having a South Asian background. Do Brampton East and Surrey-Newton have identical electoral politics, devoid of regional distinctions, and mirror each other because of population makeup? Hardly.

This isn’t just a question of being polite or politically correct. To give credence to the idea that there is a discernible ethnic vote, “ethnics” would need to demonstrably vote the same partisan way—both within their communities and across different communities—to an extent that overrides age, gender, education, and other demographic factors that we know shape voting patterns. The pundits who look at regional voting patterns and infer they can be explained because the majority of voters in the area are recently arrived from South Asia or the Caribbean or anywhere else are simply projecting a convenient simplification onto a far more complex situation.

There are, however, some data to indicate that if the members of a certain group feel that they are being negatively targeted, they will vote accordingly. In the 2015 federal election, wearing the niqab during a citizenship ceremony became a hot-button issue, as the Conservatives proposed banning the practice. The Environics Institute conducted a survey of Canadian Muslims at the time; a majority said they had voted for the Liberal Party and that they felt women should be allowed to wear the niqab during citizenship ceremonies. But there is nothing to indicate that this turn to the Liberals was due to some sort of innate political predisposition in this community. What the evidence indicates is that the Conservatives reduced these people to a bloc, and they responded accordingly.

While the electoral math may mean the path to a majority government runs through ethnically diverse suburban ridings, the issues on which the citizens in those ridings vote do not inherently diverge from general population trends. Ethnics do indeed vote, but there is no ethnic vote.

Supriya Dwivedi co-hosts The Morning Show on Global News Radio in Toronto and appears regularly as a panellist on the CBC’s Power & Politics.
Christy Lundy