The Deficit in Financial Intelligence | The Walrus
Skip to content 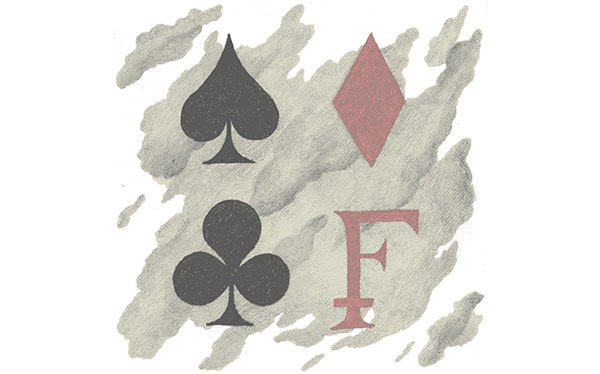 While former Sun Life Financial CEO Donald Stewart was chairing a task force on financial literacy, between 2009 and 2011, the group identified a broad range of factors that prevent many Canadians from managing their money responsibly: too much fine print on credit card applications, poorly understood federal savings programs, overly generous mortgage approvals, and uncomfortably inadequate literacy skills (according to the task force’s research, fewer than 60 percent of Canadians aged sixteen to sixty-four can decipher the language on financial forms). Apparently, we missed all those classes on the mysteries of compound interest, which, as any good financial adviser will attest, can work for you or against you.

But if pressed to explain the origins of his own considerable numeracy, Stewart (who still does his own taxes) will talk about growing up in a poor rural household in postwar Britain. It was a time of ration books, confiscatory tax rates, and, in his case, unambiguous Presbyterian values. “My mother,” he recalls, “had a favourite phrase: if you didn’t have money, she’d say, ‘Do without.’ ”

Dilip Soman, who teaches behavioural economics at the University of Toronto’s Rotman School of Management and advised Stewart’s task force, tells a similar story. A friend’s father would bring home his pay envelope and hand the contents to his mother, who distributed the proceeds into a series of tin cans, each representing a component of the household budget. “If we asked for money for something,” Soman’s friend says, “she’d say, ‘Look in the tin.’ ” If it happened to be empty, that was the end of the discussion, with no filching from the other tins allowed.

A novel solution to a currency problem 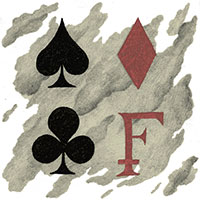 Although abundant in natural resources, New France suffered a chronic shortage of coin. Animal pelts were the usual currency, but in 1684 a disastrous military campaign stifled fur production and left a host of unpaid soldiers in its wake. Intendant Jacques de Meulles devised a novel substitute: common playing cards, which were cut into quarters, assigned denominations, and backed as cartes de crédit. Soldiers and merchants accepted the new currency at face value and redeemed it when new coin finally arrived. Increased government spending and the perpetual lack of sous and deniers prompted reissues in 1686, 1690, and 1692, despite France’s disapproval. By 1717, overissued and under-redeemed tokens drove the colony into an inflationary spiral. Colonial administrators redeemed them at a discount until 1719, when they were finally declared worthless.

After Soman recounted this story, I told him my own. My mother always paid her bills the day they came through the mail slot. For the most part, I take the same approach, even though it makes more sense, in strict economic terms, to wait until the due date to make a payment. Soman, who definitely gets the math, admitted that he does the same thing. “It’s the emotion,” he says.

Among its thirty recommendations, the task force urged Ottawa to appoint a financial literacy leader—a role model who would try, presumably, to impart to Canadians what countless budget-conscious parents had taught their children in generations past. The as-yet-unnamed appointee, adds Stewart, would also push both the federal government and our financial institutions to raise their game. “The right person,” he says, “has to have the courage of their convictions.”

It is doubtful that Canada’s founding fathers envisioned that role for the federal government. But nervous policy-makers are promoting the idea because they recognize that as a country we’re staring into a financial abyss: with millions of healthy boomers poised to retire, experts fear that many of them may outlive their savings, thereby compounding (that word again!) rising health care costs. Yet when Canadians are presented with inducements to save—such as registered retirement savings plans (RRSPs), tax-free savings accounts (TFSAs), registered education savings plans (RESPs), or Canada Learning Bonds—they often don’t. Only 18 percent of eligible families have Canada Learning Bonds, Soman says, even though they offer free money.

As a country, of course, Canada is hardly profligate: having confronted mounting federal debt in the mid-1990s, we emerged from the 2008 financial meltdown in far better shape than many developed economies, including those—for example, the United States and Ireland—whose flat-broke governments began promoting financial literacy years before Jim Flaherty set up Stewart’s task force. The Canada Pension Plan remains solvent, and our banks were required to maintain substantial loan loss reserves long before the Royal Bank of Scotland, of all institutions, found itself drowning in toxic debt.

Still, far too many of us shop like crazy, treat our homes like ATMs, and rack up unsustainable debt—almost 150 percent of household income on average. In the mid-1960s, Canadian banks started promoting borrowing instead of saving, and consumer insolvency rates have been creeping steadily upward ever since, from about 1 percent in the late 1980s to over 5 percent today. Toronto bankruptcy trustee Tim Geary, who sees the extreme consequences of financial illiteracy trudge through his office every day, pins the blame squarely on the proliferation of unsecured credit. “This is a partnership,” he says, “between consumers, lenders, and the sellers of goods.”

The solution? The task force recommended more and better financial education in schools and workplaces, and during such so-called “teachable moments” as the signing of a mortgage. While it acknowledged how behavioural economics—the ghost in this machine—undermines our financial rectitude (impulse buys, shopping as therapy, and so on), the task force’s overall approach is informed by optimism about the redeeming value of well-timed advice, properly absorbed.

It remains less clear whether the financial literacy leader will have the latitude to ask Ottawa to make tough choices, especially ones that run counter to the Harper government’s free market ideology. After all, lower taxes, which increase disposable income, tend to encourage overspending. And if the feds are warning about the social fallout from rampant innumeracy, surely the banks should help out, perhaps via a special levy on the huge profits they earn by marketing credit cards, supersize mortgages, and virtually bottomless home equity lines of credit to borrowers whose incomes simply can’t support their debt—all grist for the new financial literacy leader’s mill.

The Harper Tories had an opportunity to set an example last year when they were mulling over reforms intended to increase pension savings and relieve future pressure on the CPP, as well as Old Age Security and the Guaranteed Income Supplement. Given Canada’s persistently low retirement savings, some policy analysts urged the government to make increased employer contributions mandatory. As Tim Geary put it, “There is a need for a certain level of government intervention. As with health care, we need a bit of universality in financial care as well.” But the Tories, for whom low corporate taxes seem to trump almost all other considerations, rejected that advice in favour of more voluntary savings measures—which Canadians will continue to ignore.

One wonders what Mrs. Stewart would have to say.