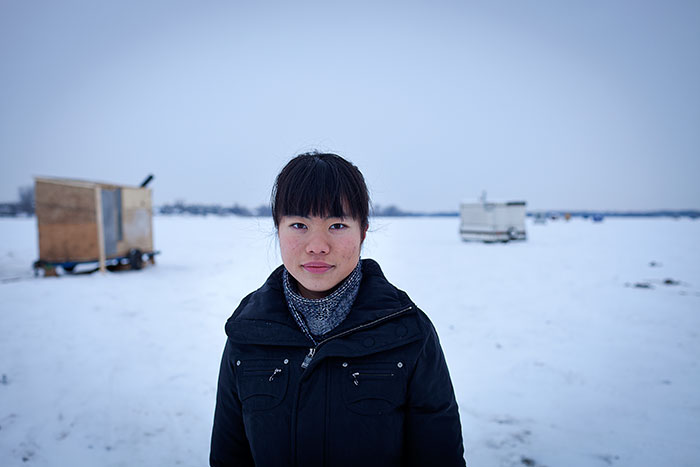 Like many undergrads, Laurin Liu doesn’t know how to cook. The twenty-one-year-old, who majors in history and cultural studies at McGill University, can scramble an egg and boil a mean pasta, but that’s about it. She has cooked rice, by her own account, once or twice in her life (“It turned out really badly,” she said ). At a dinner a few years ago, when a friend handed her an onion to dice, she started to peel it like an orange.

Liu is the Member of Parliament for Rivière-des-Mille-Îles, a position she has held since May 2, 2011, when, along with four fellow McGill students and fifty-four* other candidates, she unexpectedly found herself elected to the House of Commons as part of the NDP’s Orange Wave in Quebec. After the election, many of the party’s new parliamentarians were lampooned as inexperienced upstarts; a political cartoon in the Toronto Star depicted Jack Layton running a daycare centre. So, late last fall, an old university acquaintance of Liu’s offered to teach her how to cook, reasoning that someone who represents nearly 100,000 voters ought to know how to whip up a decent vinaigrette.

She was game, and in mid-November she arrived at his apartment in Montreal’s Parc-Extension neighbourhood, ready to learn. She wore a cream-coloured shirt and a black skirt, her black hair tied back in a knotty bun, and she brought along a bottle of wine from a vignoble in her constituency. “One of the best-kept secrets of my riding is that it contains the biggest red wine vineyard in Quebec,” she announced with a smile.

In which a leader’s experience becomes a problem 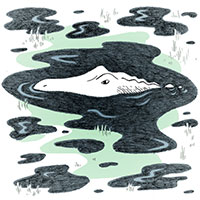 Pieter Willem Botha, former prime minister of South Africa, was known, at various times, as both a defender and an opponent of apartheid. Born in 1916, he grew up on his Afrikaner family’s farm, where he “came to know black people very well,” he told New York Times reporter Joseph Lelyveld in the ’80s. “I was taught by my father to be strict with them, but just.” Earlier in his career, Botha had seemed relatively progressive, telling supporters that Afrikaners had to “adapt or die,” and vowing to end apartheid. But when he was elected president at age sixty-eight, after reforming the constitution in 1984, his inauguration speech delivered a lengthy defence of white supremacy. Soon nicknamed the Big Crocodile, he would support and fund the kidnapping, torture, and killing of many anti-apartheid activists. At eighty-two, nine years after he resigned, he refused to testify before the country’s Truth and Reconciliation Commission. His lack of remorse led one bbc correspondent to accuse him of being a “relic” and “stuck in a bit of a time warp.”

The NDP tends to attract idealistic young people, and Liu, who is disarmingly earnest, came to the party at an early age. At her Montreal high school, a homeroom teacher once ran as an NDP candidate; inspired, Liu received her membership card at seventeen and helped start an ndp club at CEGEP. In her first year at McGill, she joined the campus NDP group, and served as co-president of the party’s Quebec youth wing. In last year’s election, she was recruited as a sacrificial lamb candidate, just a name on a ballot, and campaigned for Outremont MP Thomas Mulcair rather than for herself. She was scrutinizing ballots at a Montreal YMCA when a friend texted her to say that she had won. A few weeks later, she had to search for office premises by bicycle, because she didn’t have a driver’s licence.

Soon afterward, Jack Layton died. The NDP will hold a leadership convention on March 23 and 24, and since the party is now the official opposition for the first time in history, the stakes are higher than ever. Most of the NDP’s new Quebec MPs support Mulcair, a front-runner and Layton’s provincial lieutenant, but he is also considered suspect by the party’s left wing, for his past life as a Liberal and his hawkish support for Israel. Liu has yet to endorse a candidate. “A lot of my constituents are backing Mulcair. He’s definitely a household name in Quebec, and he’s a really great MP,” she said, cannily hedging her bets, “but I don’t feel like there’s any pressure.”

Leaning against the kitchen counter, she raised her glass to the host. “Cheers,” she said. “Learning to cook!” The evening’s menu covered some basics: arugula salad with Dijon dressing, a vegetarian stir-fry, pumpkin pie. The host showed her how to prepare garlic: chop off the stem, crush the clove with the flat side of the blade to separate the skin, then mince finely, keeping the tip of the knife on the cutting board while rapidly raising and lowering the handle. She gave it a shot, her black bangs swinging toward the counter. But no matter how hard she pushed, she couldn’t crush the clove. “Is it supposed to, like, crack or something?” she asked anxiously. Then she paused. “I’m terrified of knives,” she said. “I think that’s why I don’t cook.”

She learned how to bread tofu to make it crispy: marinate it with some soy sauce, rice vinegar, and Sriracha, then coat it in flour or cornstarch (“I see you fixing my work,” she teased the host after he added more flour). Then she learned how to wash mushrooms: pat them with a wet towel rather than rinsing them under the faucet, which makes them absorb too much water (overly enthusiastic about this, she rubbed the mushrooms’ skin right off).

Liu describes herself as “very, very shy,” but she laughs regularly and loudly. She has adopted the politician’s tic of talking endlessly, even in response to straightforward questions, and manages to squeeze platitudes like “making Parliament work,” “the green economy,” and “Canadian families” into regular conversation. Occasionally, she speaks like an academic, using such terms as “liminal experience” and “integrative process” when discussing her studies at McGill.

As the tofu sizzled, she and the host chatted about Ottawa’s meagre nightlife, and she accidentally referred to Brixton’s, an NDP watering hole, as Gerts (McGill’s legendarily depressing campus bar). At university, she was something of a soft-spoken wonk, organizing political campaigns for the student union, volunteering at the campus radio station, and writing for the university’s newspaper (she is still a McGill student, currently taking a women’s studies course, through the University of Ottawa). “Ottawa is kind of like campus,” she suggested. “You see the same people every day. There’s the Hill Times, which is sort of like a campus paper. There are tons of young people who just graduated from school, so there’s a very young vibe. There are the MP cliques. There’s a cafeteria.” When asked whether the level of emotional maturity in Ottawa is similar to a university’s, she smiled: “Sometimes it’s similar. Sometimes it’s lower.”

Eventually, dinner was ready. Liu took a bite of the salad she had made and deadpanned, “It’s incredible.” The conversation shifted from politics to other matters: bicycle culture in Ottawa, meeting Ed Broadbent, the web show Drunk History. The cooking class had run a little long, and after the stir-fry she said she would have to skip dessert, as she had plans to meet a friend. For the first time that evening, she picked up her Parliament-issued BlackBerry. The host remarked that he had expected her to be glued to her smart phone the entire night, horse-trading votes and negotiating political favours. Liu laughed. “I’m not that important,” she said. “Unfortunately.”

* The printed version of this story misstates the number of elected NDP candidates. The Walrus regrets the error.

Drew Nelles is an MFA candidate in fiction at the University of Michigan's Helen Zell Writers' Program and a former senior editor at The Walrus.
Jean-François Lemire

Jean-François Lemire is an award-winning photojournalist based in Montreal.