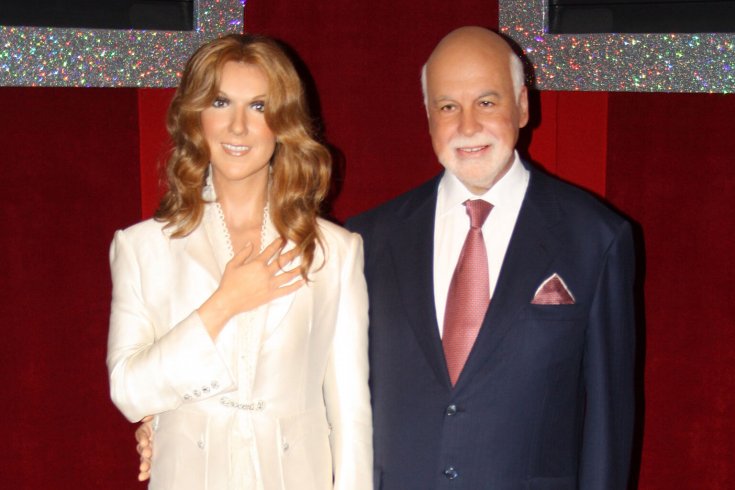 The husband of a pop diva is dead and flags are flying at half-staff in Quebec. The national grieving in the province can only partly be blamed on the drama that accompanies all of life’s passages in a Latin culture. René Angélil was a beloved figure. His accomplishments were an avatar for the success Quebeckers crave outside their borders.

To even begin to understand Angélil’s place in the public soap opera of Quebec life, you need to appreciate how Québécois culture works. It’s a seven-million-person microcosm of the United States. There is an analogue for every Donald Trump, Taylor Swift, Stephen King, and Jennifer Aniston. I used to live next door to a supermodel named Geneviève Borne. She rented a space in Montreal’s Notre-Dame-de-Grâce neighbourhood but on weekends she walked red carpets in designer gowns while reporters shouted, “Who are you wearing? ” Now that I live in Toronto I joke that reporters on our red carpets would shout, “Who are you? ”

Angélil began as a pop artist, a kind of Paul Anka for Quebeckers. In the ’60s it was common to translate popular British and American songs into French. Les Baronets wore matching suits and swung to tunes by The Beatles and Elvis. Angélil transitioned into management and nurtured Quebec’s Aretha Franklin, Ginette Reno, to fame at home.

And then a cassette tape arrived at his offices by mail. A mother of fourteen children had recorded her daughter singing a song she and one of her sons had composed themselves called “Ce n’était q’un rêve” (“It was Just a Dream”). Even at twelve, Celine Dion had a soaring voice that cut along the clean edge of the notes without ever seeming to strain. The next chapter in the tale is familiar to most. Dion sang in Angélil’s office using a pen for a microphone. He mortgaged his house and vowed to make her a star.

At this juncture it’s important to note that Angélil was a gambling man. He was fascinated with Las Vegas and convinced there was a way to beat the odds at cards. He used to gamble on other people’s behalf and while he was doing so he soaked up the Vegas life style: the players, the chorus girls, the Rat Pack and the hustle. The man who loved to lay bets put all he had down on the little girl with the towering voice.

Dion was marketed first as a child star. She dressed like a girl, made videos about a teenage crush on a hockey player and famously sang for the Pope at the Olympic stadium. But Angélil had worked with kids and knew their shelf life was finite. He doubled down. Dion vanished from the stage and public life. Angélil sent her to an orthodontist and Berlitz classes. He assembled a management team and recorded an English language record. The record established her as a viable artist in the English language, but it was just the beginning.

Angélil’s management strategy was a canny one. He worked in increments and leveraged things that were already successful. Dion covered hits (“Where Does My Heart Beat Now”) and duets with established stars (Peabo Bryson). She sang songs that were attached to movies (Beauty and the Beast) that were likely to land her on stage for the Oscar telecast. With her sheer talent, Angélil could get her in the door with producers who could then open other doors. They were also lucky in timing—Dion’s rise came during a time of lush, overproduced romantic pop. It was the era of divas and there was more work than Whitney Houston and Mariah Carey could handle.

He was lucky in his artist. Dion was disciplined. She didn’t drink. She didn’t smoke. She showed up on time. She was immune to the kind of demands and meltdowns that corrode a nascent career. In session after session and in crucial one-off TV appearances, she knocked it out of the park every time. It worked. Celine Dion became the number-one pop artist in the world. And he got the girl.

People laughed then—and still sniff now—about René and Celine. They were twenty-six years apart and they met when she was twelve. I can only account for the René and Celine I knew: happy and content together in a genuine marriage and partnership. You could see it on her face when he surprised her on stage and hear it in how she cussed him out in Québécois French when he was late for lunch after another morning golf game.

In spite of all of Dion’s success it can be argued that Angélil made a misstep; he managed her to money and fame, but squandered greater possibilities. Dion never transitioned into screen acting or Broadway. Her performance catalogue is heavy on Angélil’s choice of artists and styles, which prematurely aged her and left nothing to entice new and younger fans. Their romantic relationship may have blinded him to the excesses that sometimes made her a public caricature and provided ripe material for female impersonators—the chest pounding and her Zelig-like habit of morphing into the person she is with (“You go sister”, she once shouted at Oprah).

But she is the artist she wants to be. Like so many of his business moves, people laughed when Angélil signed Dion into a multi-year contract with Caesars Palace in Las Vegas. The deal replaced her relentless touring with a residency that allowed her to work ninety minutes a day and be home for breakfast, lunch, and dinner. The audience came to her.

In person, René Angélil was retiring but animated. He spoke in a soft rasp even before his throat cancer. He was surprised one day in New York when, while waiting for an interview with Dion, I asked to sit down with him. We talked about The Beatles, Elvis, vinyl, Vegas, and an era where an artist could produce three albums in a year. I pushed him on his vision of ”le show business” and his occasionally compromising loyalty to old friends that he brought with him in his success.

René Angélil will be laid to rest Friday at the basilica where he and Dion were married twenty-one years ago. He will be mourned as a one-time artist, an entrepreneur, a gambler who won his biggest bet, and the consort of the province’s unofficial queen. It will be a little over the top. But what do you expect?