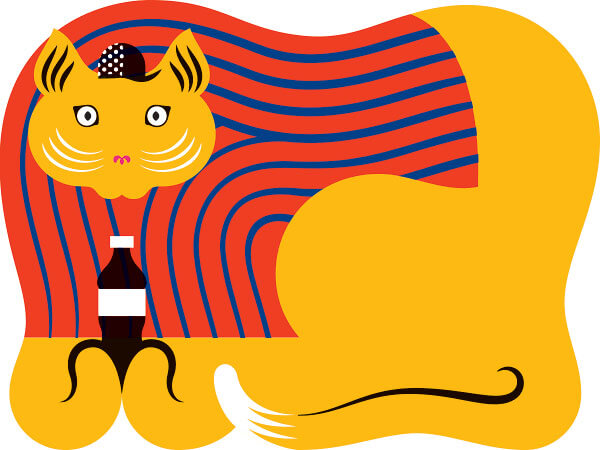 A slim thirtysomething with large brown eyes and a pious air about him sits in a plastic chair in front of forty-five people. Let’s call him Paul. It’s a Thursday evening in late October at the Miles Nadal Jewish Community Centre, in downtown Toronto. Paul clasps his hands together, then strokes his wiry beard. He’s leading off the weekly Food Addicts in Recovery Anonymous meeting, and there are butts of every shape and size in the rows of chairs that line the room.

To be here, you must accept a few rules: No consumption of sugar or flour. No descriptions of food, lest others be tempted. As in Alcoholics Anonymous, the group on which FA’s principles are based, you must sign up with a sponsor—but in this case, you have to call every morning to outline exactly what you’re going to eat that day. (Need to change your plan? Call your sponsor back to explain why and obtain his or her approval.)

Paul passes around photos of himself. In them, he carries more than 100 extra pounds on his diminutive frame and is almost unrecognizable. He’d always been a picky eater, but in high school he developed strange food habits. Working after class behind the counter of his family’s convenience store, he’d scarf down chocolate bars, keeping the wrappers concealed from customers. While at university, he’d bring piles of junk food up to his dorm, desperately hoping his roommate wouldn’t walk in. He binged the night before his wedding and woke up with a wicked food hangover. But it wasn’t until he nearly burned down his apartment building, having passed out while drunkenly cooking a meal at 4 a.m., that he realized he might have a problem.

With more than 4,000 members worldwide, FA has chapters in Ontario, Alberta, and British Columbia. The group doesn’t focus specifically on sugar, but at the meeting, the ingredient comes up repeatedly. Sugar accounts for one in five calories we consume—that’s forty kilos of sugar per Canadian per year. Eight years ago, a team of researchers published a study on the addictive properties of the substance. After feeding rats liquid sugar in twelve-hour stints, they found that excessive consumption led to binging, withdrawal, craving, and even aggressive behaviour—traits typically associated with dependency on alcohol or drugs such as cocaine and heroin.

We know that the more sweets we eat, the more likely we are to die from heart disease, stroke, or diabetes. A 2015 study estimated that, every year, nearly 2,500 Canadians die from causes related to drinking sugary beverages. “What we know about the degree to which sugar is addictive is still in flux,” says Nicole Avena, assistant professor of pharmacology at New York’s Mount Sinai Hospital and co-author of Why Diets Fail (Because You’re Addicted to Sugar). “Now we see gambling as an addictive disorder. It’s in the DSM-V. We’ve moved beyond drugs and alcohol.” The difference, she says, is that we don’t need to gamble — but we do need to eat. Food companies know this: that’s why they spend millions engineering the so-called bliss point, the precise combination of sugar, salt, and fat that will trigger a dopamine rush and keep consumers craving more.

Avena says she doesn’t know of any rehab programs in North America that are dedicated solely to kicking sugar addiction. “Because highly processed foods are so prominent, I think trying to quit cold turkey is setting people up for failure,” she says, recommending instead that people assess how much sugar they eat, then cut down on empty-calorie treats such as pop and replace sugary foods with healthier alternatives. (If only spinach and broccoli were addictive.)

Back at the community centre, after a ten-minute break during which one participant described to me her daily food regimen (fruit and plain yoghurt for breakfast; salad for lunch; protein, a green vegetable, and something starchy for dinner), other members stand up to share their stories. A petite woman with black-rimmed glasses and a leopard-print scarf stands up. She’s an elementary school teacher who’s been bracing for the inevitable onslaught of Halloween candy by carefully weighing, measuring, and packing healthy meals each day. She pauses before revealing that her young daughter habitually overeats, too, and that she isn’t sure how to help. “I liked what someone said earlier about the insanity of this disease,” she says. “This disease is cunning, baffling, and powerful.”

A young man whom you might mistake for a CrossFit enthusiast remembers eating sweets until his mouth was raw, swollen, and full of canker sores. “There is a better way. But I know in an instant I could go back to being that person: Cookie Monster,” he tells the congregants, before realizinghis mistake. “Oops, I said the food.”

Katherine Laidlaw (@klaidlaw) regularly writes for Toronto Life and Hazlitt. She is a former senior editor of The Walrus.