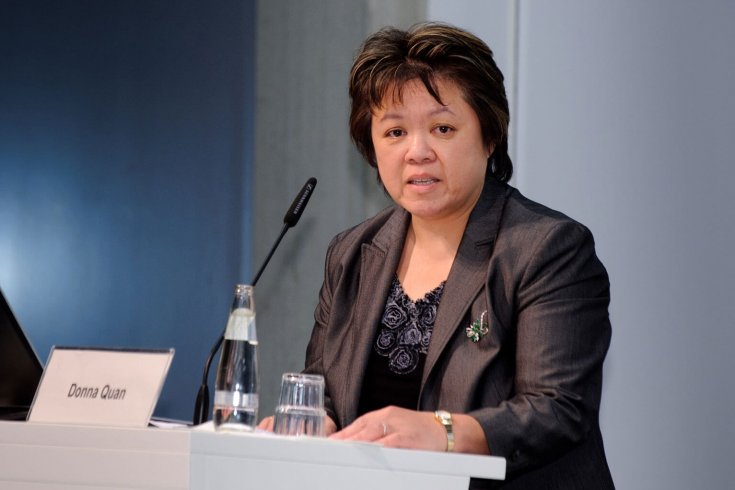 Heinrich-Böll-Stiftung / CC BY-SA 2.0 Donna Quan, the former director of education of the Toronto District School Board.

Earlier this year, I explored the question of whether the office of school trustee had become the political equivalent of the human appendix—a shriveled and anachronistic organ that does little except periodically flare up and afflict us.

Canada’s trustee system predates Confederation. But the current approach to education funding, curriculum development and collective bargaining means that the lion’s share of power lies in the hands of provincial education ministries—not local officials. Despite this administrative reality, we persist in holding elections for school board trustees.

In Quebec, where turnout in these elections had dropped to the low single digits, the Liberal government has tabled a bill that replaces elected trustees with appointed school councils (a move that has drawn some blowback from Anglophone parent groups). No other province has followed suit, but a pair of developments relating to the Toronto District School Board suggests a different cure.

First, Ontario government officials quietly engineered the departure of Donna Quan, the TDSB’s director of education, who played a starring role in most of the board’s recent scandals (many of them itemized in this scathing report commissioned last year by the province’s education minister). Quan has been moved into the ministry to oversee a research project, paving the way for the appointment this week of John Malloy, a senior provincial education official and former head of the Hamilton-Wentworth school board, as interim director.

Second, the Toronto Star disclosed that a long-suppressed report on the TDSB’s governance problems, authored by former mayor Barbara Hall, had found its way onto an unsecured page of the provincial government’s website. It’s not entirely clear whether the document was posted by accident, or if some Liberal special ops team had engineered the leak to float an idea or two. Either way, the news hit was that Hall had told the Liberals in no uncertain terms that they needed to either parachute in a supervisor to take command of the wayward and freshly beheaded TDSB, or consider breaking the giant organization into two or more parts.

Hall made numerous other recommendations, but those were the ones that got the media’s attention, and delivered the intended shot across the TDSB’s bow. (Malloy’s former gig—he was an assistant deputy minister—suggests Queen’s Park has, in fact, parachuted in one of its own as the needed supervisor.)

But Howard Goodman, a former trustee who once found himself in an ugly fight with Quan, says the most important and far-reaching recommendation is actually the mostly ignored number fourteen, which calls on the government to expand the pool of potential candidates for the top TDSB job.

Ironically, while the TDSB is by far the largest school board in Canada (its $3.1-billion operating budget is larger than Newfoundland’s entire health spend), the trustees are handcuffed in whom they can hire to actually run this leviathan. One requirement: an Ontario teaching certificate. This is premised on the idea that the chief executive must have some experience in an Ontario classroom.

The rule is absurd, as can be demonstrated by performing a thought experiment involving other professions and institutions. Do we need engineers or vehicle operators to run transit agencies? Doctors to run hospitals or health ministries? Lawyers to run the court system? Certainly, there are a few professions in which the cultural connection between rank-and-file and top-dog is prohibitively tight—law enforcement, for example. But in most cases, administrative and financial skills comprise their own specialty, distinct from the service mission of the underlying industry.

Goodman points out that Ontario’s last six deputy ministers of education would not have been qualified to head the TDSB. “The guy who is running the entire system isn’t even allowed to run the smallest school board,” he says.

Why is this rule in place? Goodman doesn’t know. But he speculates that it may be intended to mollify the teachers’ unions.

The TDSB’s last two directors both flamed out spectacularly: former football-star-turned-educator Chris Spence, for plagiarism; and Quan, a long-time TDSB bureaucrat, for excessive secrecy, bullying and defiance of trustees.

In Spence’s case, three far more qualified candidates—including a top school board administrator from the United States, and a highly regarded education academic from British Columbia—had applied during the same period; and both were considered excellent candidates. But the American pulled out before his candidacy could be vetted and the education minister of the day, one Kathleen Wynne, vetoed the other two applications because they didn’t meet the stated requirements.

In the case of Quan, a longtime superintendent who was appointed after Spence went down in flames, the trustees took the path of least resistance: They hired an insider, and then congratulated themselves for picking an Asian-Canadian woman.

Of course, it’s impossible to know how those earlier rejected candidates would have performed. But if we’re looking for the tipping point in what by now has become a TDSB perma-crisis over the past four years or so, a good place to start would be Wynne’s decision to dismiss two non-Ontarians who had been identified as promising candidates by an internal hiring process.

The role of trustees is to set policy, while leaving the operational minutiae to the bureaucrats. But Quan, according to many accounts, played favorites and cut side deals with certain trustees—setting in place a corrosive dynamic that encouraged elected officials to scheme and interfere in day-to-day operations (e.g., demanding that certain principals or superintendents be moved to other wards).

Hall herself recommends that the province open up the hiring rules to allow out-of-province applicants with teaching certificates who also have finance and management skills. But Goodman correctly argues that this doesn’t go far enough—because the certificate requirement would still exclude legions of super-bureaucrats with the chops to steer an ocean liner such as the TDSB.

The provincial government’s response to the supposedly leaked document? “We will release our next steps as a result of the report in the coming days,” a spokesperson for education minister Liz Sandals told me by email. “By working together with the TDSB, we will be able to improve governance at the board, and ensure that everyone is focused on student achievement and well-being.”

Those are nice goals. But without the right person at the top, they are unlikely to be realized.