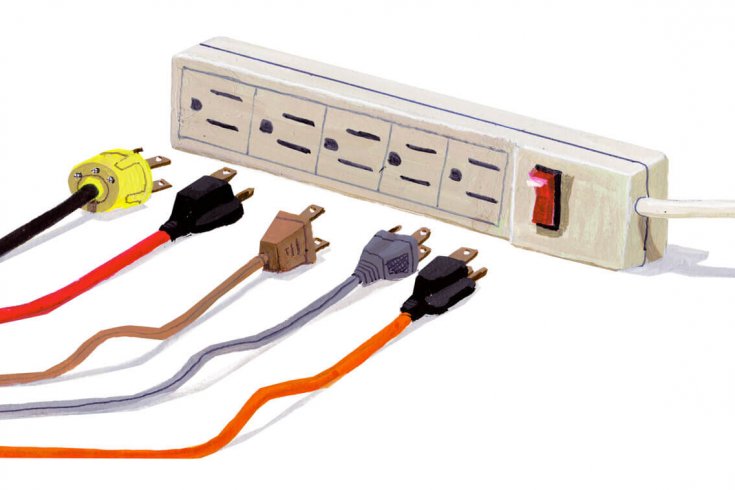 The clicks of cameras nearly drown out the small talk, which includes Ontario Premier Kathleen Wynne offering a young girl a purple winter jacket: “Do you want to try it on?” She’s at a terminal inside Toronto’s Pearson International Airport, standing against a display of donated goods that suggests a hastily stocked gift shop. ­Beside her, Prime Minister Justin Trudeau is greeting the first wave of government-sponsored ­Syrian refugees to arrive in Canada.

It’s an orchestrated photo op, yet I felt a great sense of pride watching it. I came here as a landed immigrant twenty years ago, seeking a safe haven from religious fundamentalism in the Arab world. ­Although I struggled professionally and financially in those early years—I worked as a telemarketer and mail sorter while my PhD certificate languished in a briefcase—the welcoming attitude of Canadians was life-changing.

But as more planeloads of Syrians reached Toronto and Montreal through the rest of December, and more images ­circulated of emotional reunions with family members and first encounters with sponsors, something rankled.

We had hijacked the refugees’ narrative, sidelining what they were escaping in favour of where they had landed.

The refugees were becoming supporting characters in their own drama. Their ­arrival officially marked our return to the ­kinder, gentler nation that had gone missing under the former prime minister. The new government served up the refugees as evidence—along with our presence at the Paris climate summit and Ottawa’s attempt at repairing its relationship with Indigenous people—that Canada was “back.”

But compassion, like politics, is opportunistic. The next war zone or natural disaster will knock Syrians out of the news (and charity) cycle. The more accurate test of our moral character will come after the Ahlan wa sahlan mat has been rolled back.

Donated winter clothing and the Trudeau government’s twelve-month funding commitment won’t address one of the most serious psychological legacies of the Syrian war: survivor’s guilt. Every refugee being resettled in Vancouver or Antigonish has left behind family members, friends, and neighbours. The shame and remorse that come with transitioning to a safe place are crippling, and can leave the “lucky ones” unable to participate fully in their new lives.

I’ve battled that guilt since my first day in Canada, and it’s only gotten worse in the past year as I’ve watched families in Sana’a, Yemen, struggle to survive a civil war that a UN official called a “humanitarian catastrophe.” At least 2.3 million Yemenis are displaced internally, and 1.3 million children are at risk of malnutrition.

When I speak to my relatives in Yemen or read news of the country—which happens rarely, because the Syrian conflict still dominates Western media coverage of the Middle East—it confirms what I’ve long suspected and what the refugees will learn soon enough: there can be no clean breaks with our homelands. The distance from wars (or gang and sectarian violence) may protect our bodies from rockets and bullets, but it does ­little to ease our psychic connection to, and our blood memories of, the places we once called home.

This is especially true for children. A ­recent report from Save the Children raised concerns about the long-term impact of displacement on young Syrians: one in four is at risk of developing a mental health disorder.

Refugees face not only psychological setbacks, but practical ones as well. Newcomers will have to forgo their pride and take on low-paying jobs that most locals spurn. According to the Organisation for Economic Co-operation and Development, Canada scores poorly when it comes to ­placing highly qualified immigrants in jobs that match their skills: only 60 percent of newcomers in that category find work. (The OECD average is 72 percent.) The median income of an immigrant household is 21 percent lower than that of a native-born one.

Even if refugees can obtain proof of their qualifications from Syria—where many government buildings and ­records have been destroyed in the ongoing war—­getting professional accreditation in Canada involves a long and convoluted process. On a recent visit to a community centre in Thorncliffe Park, one of ­Toronto’s ­fastest-growing immigrant neighbourhoods, I talked to several new Canadians whose positive first impressions of their home had been tempered by employment woes. A Pakistani doctor who immigrated to Canada with her husband and two children in 2013 told me that she had given up on her dream of practising ­medicine in ­Toronto. “It’s a long path. There’s no guarantee at the end of all that training that I’ll get a residency.”

She works as a lunch lady and occasional teacher’s assistant at a school in the suburbs. Her husband, who holds a master’s degree in economics, has picked up some factory work while he waits for that lucky break. “Back home I had a job, but we struggled with the law and order situation,” she says. Still, I wonder how the buildup of resentment that comes from this trade-off will affect social cohesion in the long run.

I believe Canada is doing the right thing by offering refugees this second chance at life. Yet committing to fly 50,000 of them here by the end of 2016 doesn’t entitle us to don a halo. The “Welcome, refugees” spectacle we staged last year must be balanced by a more responsible look at the newcomers’ long-term needs—once the politicians, and media, have closed up the gift shop.

Kamal Al-Solaylee (@KamalAlSolaylee) is the author of Intolerable: A Memoir of Extremes, which won the 2013 Toronto Book Award. His second book, Brown: What Being Brown in the World Today Means (to Everyone) won the Shaughnessy Cohen Prize for Political Writing. He is Director of the School of Journalism, Writing, and Media at the University of British Columbia.
Brandon Celi