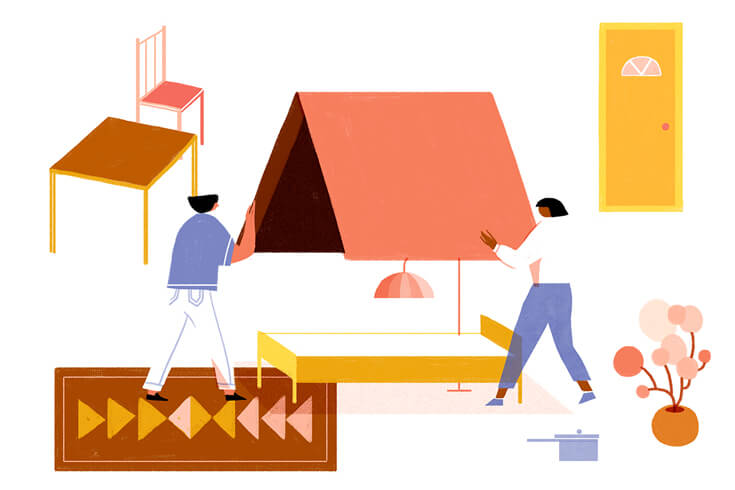 There was a time when Canadians did not speak of condo bubbles, when the only house flippers were tornados, and when the granite countertop had yet to become a fetishized middle-class object. Instead of the national real estate fantasia we live in today, between the late 1940s and early 1990s Canadians lived in a country that built housing for a variety of income levels and circumstances—and lots of it. Then we stopped.

Over the last quarter century, the federal and many provincial governments have essentially ceased investing directly in housing, opting instead to let the market take over and focusing primarily on buyers. If you can afford it, there were and are options, but a growing number of Canadians cannot: a down payment on even a shoebox condo is out of reach for many, and in cities across the country, the rent is simply too damn high.

To solve the escalating nationwide housing crisis, we need to do what we did in the past: build with all Canadians in mind. The supply of rental units must increase in order to lower market rates—and, critically, new subsidized housing, where rent is geared to a person’s ability to pay, is needed most. In Ontario alone, the wait-list for subsidized units is well over 150,000 households.

In the fall of 2017, as millennials wondered if they’d be able to afford even a shared yurt in the country’s most expensive cities, Prime Minister Justin Trudeau declared, “Housing rights are human rights and everyone deserves a safe and affordable place to call home.” At the same time, his government announced the ten-year, $55 billion National Housing Strategy aimed at reducing homelessness, building new housing, repairing existing housing, and protecting 385,000 households from losing their affordable dwellings. Though a good start, and funded projects have started rolling out, the strategy doesn’t build enough new affordable housing or address the root causes of unaffordability.

Previous generations were much bolder. Just after the war, the Central (later Canada) Mortgage and Housing Corporation was created to provide housing for returning troops and the baby boom that followed, and it later expanded to provide mortgage support, build public subsidized housing projects, and bolster the architecture, planning, and building professions and industries. Across the country, we are blessed with this legacy, but more is needed now.

One upshot of real estate being so expensive is the notion that renting is just a temporary condition is waning among younger people. As it becomes harder to own a single-family home in may large cities, families will begin to live vertically too. Many already do: life on the ground has been too expensive for lower-income people for decades. In addition to becoming a nation of renters, Canada may also come around to the idea that subsidized housing isn’t just for those on the lowest rungs of the income ladder but a place for middle-class individuals and families, as it is in some expensive European and Asian cities. When the stigma around social housing fades, political support for it also increases.

New housing will have to be woven into the existing urban fabric to accommodate more residents. The postwar suburbs must also be places of intensification. Just as big old houses in the inner city became split up into apartments, sometimes called “dirty mansions,” oversized suburban homes could go through the same process, especially in empty-nester neighbourhoods that are losing population but where home prices are out of reach for many.

However, all of this runs straight into NIMBYism (Not In My Back Yardism) that fiercely resists both this kind of conversion and other intensification efforts: houses have become investment vehicles for the middle and upper classes, so anything that threatens their exclusivity is perceived to lower their value. Don’t try to set up a yurt on a front lawn either. Homeowners who won the real estate lottery by virtue of being born in an earlier generation, often benefiting from Canada’s bold era of home building, continually make it difficult for others to find space in Canadian cities. A great irony in all this the children of NIMBYs can’t afford to live in the neighbourhoods they grew up in. Intensification doesn’t mean destroying existing neighbourhoods, but it does mean letting more people into them with the help of thoughtful design and planning.

Canada needs to be bold again, but it was the aftermath of a world war that created the conditions for that boldness. The crisis has now built slowly over decades, and there’s been no historic moment to rally around or create political momentum. Comfortably housed folk across the country are comfortably numb to the crisis, but if they’re listening, their children will wake them up to this new reality.