Remembering the Air India Bombing | The Walrus
Skip to content 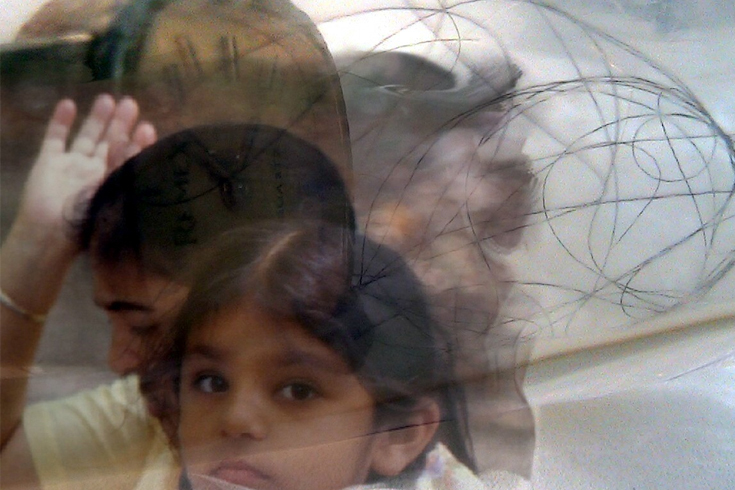 Tangle, from Eisha Marjara’s 2010 photo series Remember Me Nought, layers a childhood photo of the artist and her mother, who died in the bombing, with recovered evidentiary items. Image courtesy of Eisha Marjara.

Last june 23, Chandrima Chakraborty was on Toronto’s waterfront, visiting the city’s small memorial to Air India Flight 182. On that date in 1985, a bomb, hidden in a checked suitcase, detonated on the Toronto–Montreal–London–Delhi flight, killing all 329 people on-board—the vast majority of them Canadians.

Chakraborty makes a habit of visiting the monuments to the attack that are scattered throughout the country, in Ottawa, Vancouver, and Montreal. On each anniversary, she often runs into a few others, invariably family members of the dead. Chakraborty is always asked the same question: Which of her relatives was killed? When she gives her answer—none—the mourners seem taken aback: they never imagined that someone unconnected to the event would care enough to visit. Thirty-five years on, few Canadians seem to remember the largest terrorist attack in their country’s history at all.

The public apathy around Air India began immediately. In the days following the bombing, then prime minister Brian Mulroney phoned his Indian counterpart to express condolences—odd, considering 280 Canadian citizens had been murdered. Demonstrations of grief or solidarity in the country were scarce at the time—later, a 2007 Angus Reid poll found that less than half of respondents considered the attacks a Canadian event.

The bombing was followed by a botched police investigation and failed criminal trials. It appears that, for those left behind, there has been no justice, not even the catharsis that can come from a nation mourning in solidarity—as was the case this January, when a Ukraine International Airlines jet was shot down by Iran’s Islamic Revolutionary Guard Corps, killing 176 people, including eighty-five Canadian citizens and residents.

Remembering the Air India massacre has instead fallen to family and friends. Alongside them is Chakraborty, a forty six-year-old professor of English and cultural studies at McMaster University. Over the past decade, she has made it her life’s work to amass the world’s first Air India archive. Housed at McMaster’s library, the project features testimony from surviving relatives as well as artifacts from the deceased. Chakraborty’s goal is to bear witness and counteract the widespread ignorance concerning the attack. As she says, it’s never too late for Air India to become a public memory, a collective tragedy for all Canadians to mourn.

Chakraborty was twelve and living in Kolkata, India, when Flight 182 exploded off the coast of Ireland. “I remember the front page of the newspaper,” she recalls, as well as her father’s shock.

The attack, plus a second luggage bomb detonated that same day in Tokyo, killing two baggage handlers, was linked to a Sikh separatist movement in India. Radicals with similar beliefs had assassinated prime minister Indira Gandhi one year earlier. The movement had adherents in Vancouver and, before the bombing, there had been warning signs that something was imminent: Canadian intelligence had been monitoring certain extremists in British Columbia—including one of the men later arrested for the attack—and Indian authorities and members of the Sikh community had been warning about potential attacks targeting Air India flights. But the rcmp and the newly formed Canadian Security Intelligence Service (csis), then engaged in a heated turf war, did not take the threat seriously enough.

The subsequent investigation was a disaster. It came out that csis agents had been monitoring the extremists (later charged) building and testing explosives. Still, it took fifteen years for the authorities to make three arrests. During one of the trials, it was revealed that agents had erased critical wiretap tapes, severely damaging the Crown’s case. The bomb maker eventually pleaded guilty to manslaughter, and in 2005, two other suspects were acquitted. After that, when Air India was discussed in the media, it was often as a massive intelligence failure. The victims were, for the most part, forgotten.

Chakraborty came to Canada as a student about fourteen years after the attack. But it wasn’t until 2010, when she was teaching a course at McMaster on her specialty, South Asian masculinity in literature, that she realized how little the attack had permeated the collective consciousness here. That semester, she had decided to assign Anita Rau Badami’s novel Can You Hear the Nightbird Call? which is partly about Indian immigrants in Vancouver at the time of the bombings. Chakraborty was shocked to discover that her students knew nothing of the attack. “I had put [the book] in the course because I assumed it would resonate,” she recalls.

The more Chakraborty learned, the more it seemed that the atrocity simply hadn’t penetrated mainstream consciousness. There were few television show or movies about Air India, and though there were some books on terrorism that mentioned the attack, little scholarship existed that delved into its effects on the wider community—just a single 1987 text and a couple of journal articles. It was almost as if academics hadn’t considered the aftermath of the country’s worst terrorist attack to be worth studying. In contrast, Quebec’s 1970 October Crisis launched a small industry of books, journal pieces, and memoirs.

Chakraborty says that the lack of empathy paid to the Air India dead gave her a distinct sense of who is at the centre of the nation. She realized that, to many Canadians, the victims were not seen as neighbours or compatriots—they were just “brown people on a plane.” Chakraborty explains that many of the surviving relatives are first-generation immigrants and won’t use the word “racism” to describe why so many other Canadians have ignored the attacks. After all, there is pressure to be grateful to their newfound country. But she notes that frustration over bigotry is still there. “It makes them feel like second-class citizens,” she says.

Chakraborty felt that she had to do something to educate the public. In 2014, she arranged an interview with a man who was active in the Air India 182 Victims’ Families Association. She was not a journalist or historian, but she wanted to know how the bombing and its fallout had reverberated through his life. “He was very keen to talk because he’d been twelve years old when he lost his mom in the Air India bombing, so it was a deep trauma,” Chakraborty says.

Through the association, she began contacting other families. Not all agreed to speak at first. For some, the event still felt too recent—“[as if ] they had just lost family last night,” Chakraborty says. Others were jaded: when justice never arrived, they lost faith in outsiders. “There was a loss at their grief not being recognized by Canadians,” she says. But Chakraborty was patient. She returned to the Air India memorials year after year and began curating work about the attack for scholarly journals. In 2017, she coedited the book Remembering Air India: The Art of Public Mourning.

Chakraborty has seen how recognition and empathy from society can have lasting effects. In 2016, she hosted a conference with McMaster titled “History, Memory, Grief: A 30th Air India Anniversary Conference.” The public event attracted approximately 250 people, and she says it marked the first time that many victims’ families gathered together—about thirty in all, from India and across Canada.

Before the event, Chakraborty had invited a man named Anant Anantaraman, whose wife and two daughters had died in the attack. He was adamant that he would not be attending. Rehashing the past was pointless, he told her—his family was dead. He hadn’t participated in the Canadian government’s official inquiry, which lasted from 2006 to 2010, for the same reason.

But, over time, Anantaraman reconsidered. That May, he travelled to Hamilton and even spoke after the panel “Air India Family Perspectives.” Tearing up, he shared his losses with the crowd. He also told them why he had changed his mind: “When I first came to know about this conference, my immediate reaction was, ‘What is this? Do I have to go through this history and subsequent grief?’ I decided after some dispassionate thinking that maybe we have to learn from history. And maybe I have a role to play.”

Chakraborty has travelled around Canada to interview approximately thirty family members to date. People have been eager to share mementoes with her: poems, newspaper clippings, photographs. At first, Chakraborty wasn’t sure what to do with all the material she had gathered. Other tragedies have expansive public spaces devoted to remembrance. New York City’s National September 11 Memorial and Museum, for example, has welcomed millions of visitors since opening in 2014 and uses images, artifacts, and multimedia exhibits to educate the public and honour the dead.

Chakraborty felt that some kind of public collection was necessary for Air India. After speaking with a colleague at McMaster, she decided to create a repository herself. Last year, she received a small federal grant to continue her work: when complete, a collection of artifacts she’s gathered will be held at McMaster’s library and joined by the Air India Digital Archive, allowing all items and interviews to be accessed from anywhere in the world.

“It’s not easy to work to do,” Chakraborty concedes. “Sometimes I think, Why me? I don’t deal well with grief.” But she feels an urgent duty to history, as well as to the families she’s encountered, to keep collecting memories. As time passed and relatives get older, the risk of having anyone overlooked and forgotten is too great. The Air India Digital Archive will serve as an educational resource, but just as importantly, it will serve as a reminder to families that their grief mattered in 1985 and will always matter.

Jordan Michael Smith has written for the Globe and Mail, the New York Times, and the Washington Post. 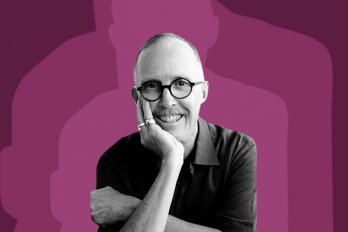 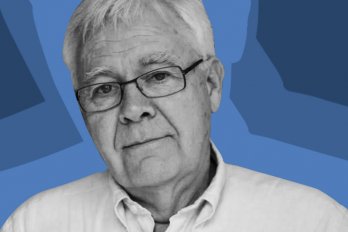