Who Is Most Susceptible to Imposter Syndrome? | The Walrus
Skip to content 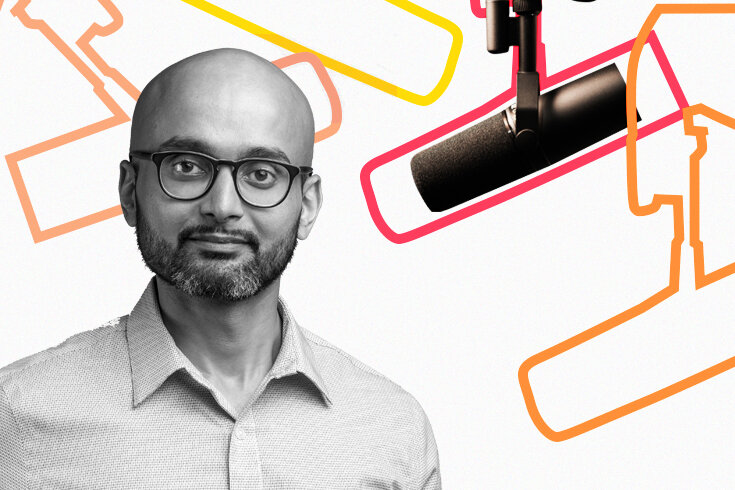 HOST: It is surprising the kind of people who confess to suffering from imposter syndrome. Facebook’s Sheryl Sandberg, singer David Bowie, Serena Williams, and Tina Fey have all at one time or another, expressed this kind of doubt about themselves in public. But what if feeling like you’re faking it (and worrying that someone is going to figure it out) is not an individual problem, but something that has arisen out of the way we structure work and success? Welcome to The Conversation Piece. This is organizational theorist, Dr. Joel Bothello.

JOEL BOTHELLO:
I’m sure many of you in the audience know that feeling, you know, that doubt about whether you are an expert about whether, you know, is something about anything that creeping sensation that you’re going to be discovered as a fraud. In many ways, imposter hood is an impediment to living better. It encroaches on health and wellness by increasing stress, anxiety, and depression. In my work I seek to understand who suffers for, from it, what drives it and more importantly, how to manage it. So some extraordinary people have reported this feeling of imposter hood and self-doubt the renowned African American poet before she died. Maya Angelou remarked, “I’ve written 11 books, but each time I think ‘uh oh, that’s it they’re gonna find out how I’ve run a game on everybody’.”

Acclaimed novelist John Green writes “I have on countless occasions felt that I’m literally the worst writer on earth. I still don’t feel like I know how to write a novel. And at this point I doubt that I ever will.” Then there’s Dr. Margaret Chan, the former director of the World Health Organisation who say’s, “there are an awful lot of people out there who think that I’m an expert, how do these people believe this about me?”

So among these individuals and others, there are some not noticeable patterns about who falls susceptible to imposter-hood. For example, introverts are far more likely than extroverts to express self-doubt about their abilities. The same goes for individuals from overly demanding families with overly demanding parents. The idea, for example, that your mother might love you only once you win a Nobel Prize. Women in particular are especially susceptible to imposter-hood, especially at the workplace.

Yet in the focus on psychological characteristics and personal backgrounds, perhaps we’ve missed something.

What if imposter hood is perhaps more systemic than we think? Something less individual, something more related to the way that work is structured. So as an academic, I’ve had personal experience for this myself. I entered my PhD with an intention to build knowledge and to shed light on a topic. Instead, I graduated with a better sense of how vast the darkness was around what I knew. So imposter-hood didn’t end there though. I subsequently became a business school professor and I started borrowing topics more often associated with psychology and sociology, for example, imposter. And now here I am at a Walrus podium talking about ideas borrowed from psychology and sociology. So intellectual work and academic life can cause anxiety, but that anxiety can also be learned and reinforced through the rituals of work in professional life. And it’s common, not just for academics.

In a recent British survey, one third of millennials reported a fear of being found out or being exposed as a fraud. This is striking. Higher than just a generation ago. What is it about modern work that catalyses imposter-hood? I’d like to highlight a few drivers: there’s our economy, for instance, that systematically devalues people who make or do things, think of nurses, traits people, sanitation workers, artists, and feel are more prestigious occupations, such as auditors lawyers, consultants. We now have, we now have our organisations populated with perhaps image consultants, compliance officers, legal advisors, social media managers, corporate lobbyists. And then there’s also job inflation titled like vice president or executive director are given out like Halloween candy. Irrespective of whether those people are actually doing any executive directing or vice presiding

These individuals are increasingly talented, but less able than ever to derive purpose and satisfaction from their efforts. In a recent survey, again in the UK, only half of respondents found their jobs to be meaningful, a full 37% reported that their work didn’t not provide any meaningful contribution to society at all. And those respondents actually thought that the world would be better off if their professions never existed.

So how do we manage imposter hood and in doing so, how do we improve wellness? I suggest that part of the solution involves re refocusing the goals and incentives of organisations. We know that social processes like mentoring do much to dispel anxiety. The problem is that these aren’t valued as much as technical outcomes as an academic. My feelings of self-doubt are alleviated not by my publications or my outputs, but through my collaborations with peers who I respect and my friends. But is there anything more short term that can be done? So the early psychologists who studied imposter hood found that simply talking about self-doubt had therapeutic value. I can attest to this myself after hearing the stories of so many people who grapple with self-doubt, at least I know I’m in good company, and even if I don’t win a Nobel prize, I’m pretty sure my mom is okay with that.

HOST: Dr. Joel Bothello is an Associate Professor in Management at the John Molson School of Business and the Concordia University Research Chair in Resilience and Institutions and he spoke at The Walrus Talks Living Better in 2019. He’s just one of the over 800 fantastic Canadians who have wheeled, walked and webcammed onto a stage at The Walrus Talks. Our next event is coming up in March: The Walrus Leadership Forum: Trust in Tumultuous Times. REGISTER today at thewalrus dot ca slash events.