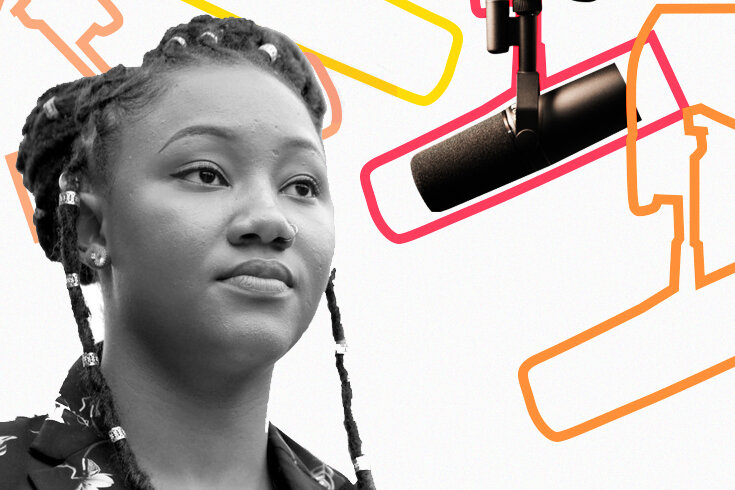 TOUFAH JALLOW: Hello is the camera on my good side?
My name is Toufah Jallow, I am an anti-rape activist. Um, first I will start with a prologue in my book as a way of introducing who I am. It starts;

“it is December, 2020. I sit in front of a computer screen with my friend and colleague Marian Volkman Brando watching the rough edit of a short documentary we are producing together. Over the course of 25 minutes, clips of me competing in a 2014 Gambian scholarship pageant are intercut with images of a man who ruled my country for more than two decades, an all powerful dictator whose death squad murdered and tortured at his command. Clips of powerful men from other countries appear as well. Harvey Weinstein, who use his position in the film industry to intimidate women into having sex with him. Jeffrey Epstein, who trafficked teenaged girls and young women. Mexican drug law, El Chapo who declared that young girls were his vitamins because raping them gave him life. But shall I add allegedly? It has been six years since I was declared a winner of a national pageant sponsored by my country’s president. The scholarship to study anywhere in the world, as my prize. Instead, president Yahya Jammeh raped me.

I became a victim in The Gambia, was a fugitive in Senegal and then a refugee in Canada. At 19, I started my life over survivor of rape, separated from my family, afraid I would never see them again, worried they would suffer if I told anyone what had happened to me, should I add allegedly. As I rebuilt my life 7,000 kilometres away from the country, I grown up in, I struggled with depression with my secret, with loneliness, and then the dictator whose crimes has forced me to flee was deposed and driven out of The Gambia himself. I was able to return to reunite with my family and eventually to tell my story first to human rights investigators, then to international media, like the New York times, the Guardian, the BBC, CBC, and to my truth, um, uh, to my country’s truth reparations commissions. But people kept telling me, I should always say allegedly and I will skip apart there. in the days and weeks and months after I first spoke out, others in the Gambia spoke as well, sharing their stories used in hashtag ‘I Am Toufah’ as a momentum build in this west African country. And in our me too movement, I realized the world’s interest in me was not because of who I am, but because of who my rapist is, a former president who has rubbed shoulders with the world’s most powerful people. Ironically, the state, the world has given him, gives me more visibility.

And so I launched a Toufah Foundation, which I run now to use that visibility, to draw attention to the survivors who’s rapist and not presidents to redirect the power attached to his name, to fight for justice for all victims of sexual and gender based violence. Because my life now stretches across two continents bridging Africa and not America. The campaigns we are developing draw the lessons and insights of feminists in the West, and in Africa, reflecting the strengths of women around the world in June, 2015 Yahya Jammeh, president of Gambia, raped me. He has never been charged, never been convicted. And because of that, the world thinks I should use the word allegedly. I wont, because he thought he would get away with it. Try to erase me. I thought I would never speak of it, that I would remain invisible. And guess what? We were both wrong because I am here shining like the sunrise of the melanated coast. I am Toufah Jallow, and this is my story.”

Now, that word allegedly, I had to investigate myself for a very long time in writing this book and finding myself. Um, I grew up in a small west African country in The Gambia and growing up in a Muslim dominant home with 20 other siblings and more than four wives, three at a time sometimes, the idea of visibility is almost impossible. And if you’re a girl child, it is even harder to be visible. You are taught to be ashamed of your part and your body parts and language around sex and sexuality in general. So when those very parts are violated, you don’t know the words for it. And today, although the Walrus is asking what’s next, I am at a place where I’m thinking about where we are in the conversation around rape sexual assault and just harassment in general, and how we talk about women’s bodies and autonomy.

And we all know the numbers at this point, the statistics, the one in five, the two in ten, we know them. We’ve heard them over and over again. And I think we are so over the statistics. And the reality is what next, when you know all those numbers and all of those statistics, are we going to continue to have conversations around rape in women’s bodies and just forever? Right? So when we talk about violence and rape, what I realize as a survivor who have worked in this field and worked with so many survivors of rape and have stood at graveyards of people that have lost their life, because they’ve been violated, worked with organizations in Gambia or in Canada. I realize survivors and allies of survivors are having a conversation from an emotional perspective and everyone else is having it from a legal perspective. And that’s where the word allegedly comes from when a journalist talks to me. For example, in The Gambia, my president claim, he could cure HIV and aids and cancer. And when journalists around the world talk about that, as crazy as it sound, they do not say the president claimed or the president allegedly kill aids. Allegedly, almost never shows up in any other concept concept except for rape and violence. Where is that language coming from? It is coming from the idea that when it comes to women’s bodies and rape, especially, we cannot just be sure. For some reason it is the most nuance and most misunderstood issue that happens to people’s bodies. Right? So what next for me in conversation around the me too movement is that, you know, Tarana Burke four years ago said something. She said, “the me too movement can either be a conversation starter, or it can be the conversation itself.”

And unfortunately, where we are right now is that the me too movement has only been and has become a conversation starter and not the conversation itself. We start the conversation. We go midway, we go back and forth and we let it be. The academics who have academic research to do on this issue. There are journalists who want to write on it. But I want to represent when I find myself in these rooms, I want to represent those victims and survivors who sometimes do not have the language for rape. Where I come from, when you say someone rapes you, when you directly interpret it into English, it means someone fell on me. Someone robbed their thighs on my thighs. They do not have language for the violence that has been drawn to their bodies.

So it is a privilege to have language for it. And when the entire conversation around sexual assault is immersed in language and English and colonial concepts, we are forgetting the people that do not have the language for it. People who are trying to understand how to take themselves away from cultural concepts that call them tied. But is interesting that whether you are coming from west Africa and my experience in Canada, there’s this international concept of not believing women. Of legalizing conversations around women and the violations that have been done to their bodies. So today I hope, and that I am asking you to step out of that first question you ask yourself to question. Why is it that when you hear a woman has been violated, your first notion is to disbelieve rather than to believe, and then figure out, maybe not believe it. It’s always to not believe, and then walk your way to believe it. How do we come to a place where we humanize stories and experiences of sexual violence survivors.

And that will mean that we will have to decolonize the concept of rape and violence on bodies, where sex and sexuality and broaden in our concept of who is a woman or not a woman comes in as well. What is next is to move away from conversations and start to really put ourselves in the shoes of this woman. Its to say, although, yes, you know, it is this excuse of, oh, sometimes, you know, women lie about violence. Yes. But isn’t it funny as a society, that when it comes to any other topic, we lean towards the majority, whether it’s our elections or any other decisions we make. It’s only when it comes to violence that has been drawn to people that we lean towards to say, “hey, let’s also look at the minority group here,” which is great, but why is it only selective? And, and specific to that?

Um, I believe that the refugee and immigrant survivor story is also part of the Canadian conversation. A lot of us will watch TV series, and often our experiences probably is to see that person that has been trafficked sexually on our special, uh, special victim unit episode. Or that one person that we know, or the movies that we watch of people that have fleeing violence and they’ve been gang raped during war. How many of us have actually interacted with people that are survivors of these things, interacting, living with us here in Canada.

And somehow we can have a middle ground where we can bridge the divide and we can have a conversation that is diverse and we can decentralize our conception notions of violence. So the statistics aside, the science aside and the academics aside, can we please move on to the next phase where we humanize survival stories and then accept their realities for what they are. 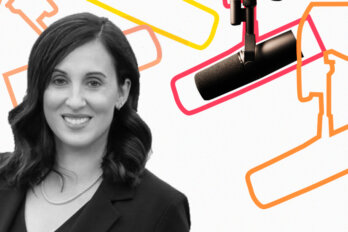