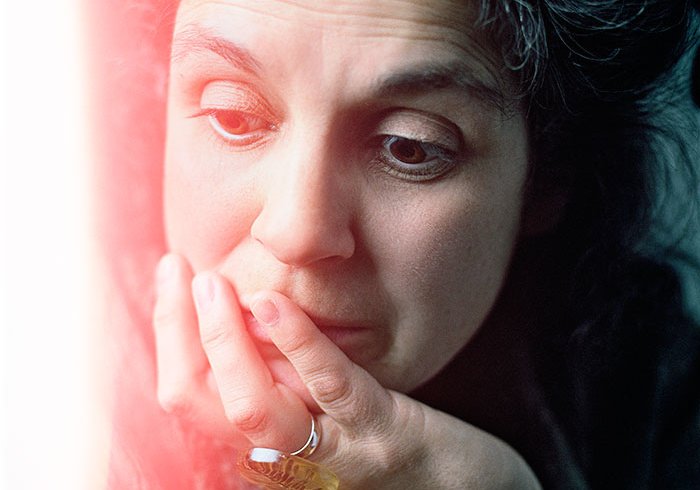 Nine months before the release of her latest documentary feature, Payback, Jennifer Baichwal cloistered herself in a basement studio in Toronto’s east end to review 150 hours of footage. One summer afternoon, she was searching for the right sonic accompaniment to a shot that tracks slowly through a dilapidated prison hallway in Pennsylvania. The process was painstaking. The harrowing vignette is one of multiple storylines in Payback, which hits Canadian screens in March. Her goal was to find something that was eerie without being overbearing, to create atmosphere without suffocating the scene. But the mix wasn’t quite right. “It sounds like somebody’s pulling a ball and chain,” she complained. The diminutive, dark-eyed director spoke with the weary tone of one who has been doing some heavy dragging of her own. “It should be so low that you can barely hear it.”

Underlying all of Baichwal’s six features produced between 1998 and 2009 is the assumption that the audience is capable of paying attention, of picking up on subtle cues and gestures. Her films exemplify a movement some critics have snarkily dubbed “slow cinema,” but a more apt adjective might be “patient.” This approach sets her apart from the attention deficit disorder editing common to so many documentaries today, but it may also condemn one of Canada’s greatest contemporary filmmakers to a life of penury. “If I hadn’t been so slow,” she said, “I’m sure we would be more productive and financially stable”; the “we” includes her husband and cinematographer-producer, Nick de Pencier. Then she sighed: “But it doesn’t work any other way for me. I could never make anything I thought was a compromise toward somebody else’s expectations.”

Over the past decade, she has arguably put together a stronger run of bold, visionary films than any of our homegrown cinematic sacred cows. Payback received good reviews, and an American distribution deal with Zeitgeist Films at January’s Sundance Film Festival; Manufactured Landscapes (2006) won a Genie Award for best documentary. But the director, who was born in Montreal and grew up in Victoria, isn’t nearly as well known as she should be in Canada, notwithstanding her home country’s fealty to the so-called “documentary tradition,” which dates back to the government’s creation of the National Film Board of Canada in 1939. The NFB provided the primal scene for Canadian moviemaking, and in the absence of a Hollywood-style production model (or the budgets to go along with it) that privileged stars, sets, and state-of-the-art illusions, its early pioneers were forced to draw on the world and the landscape around them for inspiration.

Canada’s filmmaking tradition of diligently reflecting on reality may in turn be why our movie critics get so excited by auteurs who break that mould, whether by retreating into insular, private obsessions (Atom Egoyan), or by actively reshaping reality until it morphs to their will (David Cronenberg). Documentarians, by contrast, tend to be seen as a renewable natural resource: ubiquitous, dependable, and altogether less remarkable.

Baichwal presents something of an anomaly, because she possesses the talent to straddle both traditions, pushing the documentary envelope and borrowing from the auteur-driven narrative. Payback has the potential to be her biggest hit to date, due to the notoriety of the source material: it’s an adaptation of Margaret Atwood’s 2008 CBC Massey Lectures, Payback: Debt and the Shadow Side of Wealth. The writer’s acclaimed essays examine debt as a guiding motif in world literature and, in both its fiscal and non-fiscal forms, as a sword dangling ever closer to our collective heads. The book’s pre-bailout prescience makes it an especially hot property when you consider the success of such recent doom-laden documentaries about the economy as the Oscar-winning Inside Job (2010). But Atwood’s work has never translated well to film (exhibit A being the limp 1990 adaptation of The Handmaid’s Tale). A stream-of-consciousness work that depends wholly on the author’s voice could be a dicey proposition for the screen.

Starting with her first documentary, Let It Come Down: The Life of Paul Bowles (1998), an elegant profile of the acclaimed American expatriate author shot largely at his home in Tangier, Baichwal has carved out a space as a major artist who makes films about major artists. The True Meaning of Pictures (2004) is a complex profile of Shelby Lee Adams, whose photographs of Appalachian “mountain people” have generated acclaim and controversy about exploitation and the extreme aestheticization of poverty. The same concerns shadow Manufactured Landscapes, which examines Edward Burtynsky’s massive canvases of environmental decay. Act of God (2009), a wide-ranging meditation on “the metaphysical effects of being struck by lightning,” could have constituted a departure. Yet Baichwal skilfully interweaves the film with interludes from the experimental guitarist Fred Frith, and American author Paul Auster shows up as a literally thunderstruck expert witness. Without ever overstating the case, she juxtaposes the creative process with the fury of MotherNature. The results are electrifying.

She has a background in philosophy and is clearly a deep thinker. If asked why she keeps making films about other artists, she will likely invoke a metaphysical heavy hitter. “I’m drawn to art in general because it is un-paraphrasable,” she replies matter-of-factly. “It’s a thing in itself, to bastardize Kant.” Somehow, the reference doesn’t come off as pretentious, but rather as genuinely cerebral.

In person, she is firm and forthright, where her husband, de Pencier, is deft and diplomatic. The two met in 1998 when she hired him to shoot Let It Come Down, and they have collaborated on all her projects since. Together, they have cultivated a two-against-the-world mentality, running their production company, Mercury Films, out of a modest office in a Toronto residential neighbourhood while taking turns at domestic duties (they have two school-aged children). De Pencier often freelances as a cinematographer to help pay the bills, and is a driving creative force whenever they devise a project.

Payback represents something of a rarity for them, in that the adaptation wasn’t their idea. NFB producer Ravida Din approached Baichwal, thinking she would be a good fit because she is so adept at making complex subjects comprehensible onscreen. The director, though, wasn’t so sure. “I didn’t know anything about money,” she says. When she finally read Atwood’s book, she realized it wasn’t about the financial crisis at all, but something closer to the probing, mysterious subjects of her previous work: “It was about the human condition of owing and being owed.”

Atwood’s trick as a writer is to gradually shift her focus to environmentalism, so the reader understands that the human instinct to take more than we give back is as dangerous to ecological systems as it is to financial ones. “The concepts in the book come from the world,” the writer declares in a separate interview. “I’m just noticing them. They’re in the work of other people, in our fairy tales and our mythology.” Her pose as a humble observer isn’t quite believable; the book, a rigorous work of literary criticism, references Shakespeare, Goethe, and Dickens, and she clearly feels most comfortable in this mode. Baichwal’s instincts as a documentarian are different. Perhaps emboldened by Atwood’s assertion that these ideas are free floating and thus fair game, she turns her gaze elsewhere. She leaves the Western canon behind and manoeuvres geographically from the mountains of Albania to the oil-slicked waters of the Gulf of Mexico, from a Pennsylvania cellblock to the tomato fields of southern Florida.

At each stop, she uncovers stories and characters that tie in to Atwood’s themes and then expand outward. The reflections of a former drug addict serving time for robbery test the notion of prison as a place where inmates repay their debt to society. A tour through a makeshift modern slavery museum shows the connection between financial exploitation and dehumanization. The participants in a long-running Albanian blood feud speak of the life-and-death stakes associated with mutual vengeance, but also the sense of entrapment they live with daily: Baichwal neatly visualizes one family’s inability to leave their property, lest they be shot by their rivals, via sequences framed through a chain-link fence.

She does, however, retain some of Atwood’s prose, read by the author in her fluttering cadence. These narrations serve as connective tissue and keep the film from flying too far from its source material. But Baichwal is more interested in pushing documentary form than in reproducing the words on the page, and her eye for memorable images allows her to do just that. An eerily gorgeous gliding overhead shot of the BP oil spill on the Gulf coast shows the waters neatly fissured into a light-dark divide. It’s an image worthy of Burtynsky, describing not a manufactured landscape but a brutally maimed one. She also evokes the hypnotic eight-minute opening camera pan of Manufactured Landscapes in shots of a migrant worker winding wire along poles in a tomato field. In both cases, she uses duration to simultaneously lull viewers and awaken them to the sheer enormity of the reality being captured onscreen.

This is brilliant, risky documentary filmmaking, and the antithesis of what a born entertainer like Michael Moore will do to hold an audience’s attention. His unprecedented success with nudging, direct-address tactics led to a generation of personality-driven documentaries that showcase their creators as much as their subject matter: in 2002, British filmmaker Jon Ronson dubbed this style “les nouvelles égotistes.” Baichwal rarely appears in her documentaries (except in the personal The Holier It Gets, about her journey to India with her siblings to spread their father’s ashes). “As a filmmaker, I have so much power and control that expressing it in a traditional way, as a narrator or appearing on-camera, is something I can’t bring myself to do,” she says. “There’s an important ethical element for me, and I have to know that I’m coming at something from the right place.” All the same, she manages to leave an indelible mark on her work.

Unfortunately, her decision to move away from Atwood’s prose doesn’t extend to junking the book’s climactic conceit, wherein the author conjures a trio of chiding Earth Day spirits to dress down a contemporary, corporate-stooge Scrooge. But she does find a way to make the conceit work a little better. Just as the film as a whole builds outward from Atwood’s ideas, this sequence applies a choral scheme, putting the writer’s words into the mouths of others. This deft move at once softens the effect of a one-sided harangue and amplifies its impact.

Payback feels slightly more conventional than Manufactured Landscapes (which integrated some artsy longueurs), and significantly more so than Act of God, which was conceived as a cinematic brainstorm that flashes synaptically between stories and states of mind. But this seems just right for a film that touches on urgent environmental issues; the subject matter calls for clarity rather than abstraction. To say that Payback is the best adaptation yet of an Atwood book doesn’t do it justice, considering the paltry competition. More than building a monument to Atwood, Baichwal has made another contribution to her own personal documentary tradition. You could say the author owes her one. 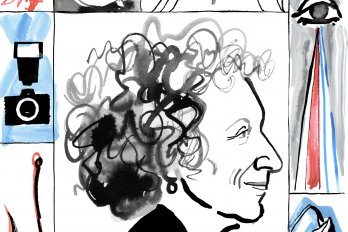 The Making of Margaret Atwood 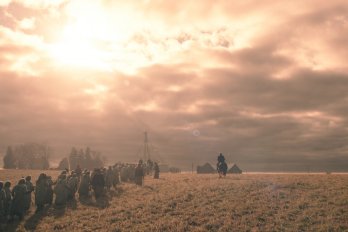 Adam Nayman is a contributing editor for Cinema Scope. He has also contributed to the Globe and Mail, the National Post, and Cineaste.
X