Parting Ways with the Queen | The Walrus
Skip to content 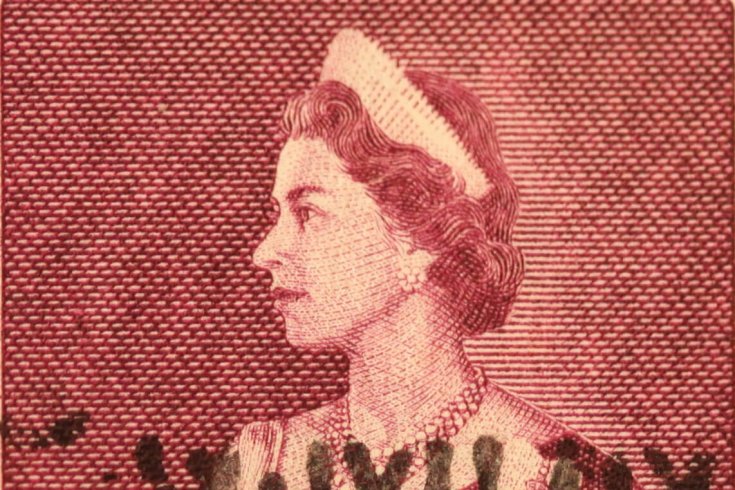 A time of many departures has arrived. In the wake of Brexit, antique assumptions about the inevitability of global integration, and the liberal world order it brought with it, are crumbling by the hour. Canada, a small country permanently in the slipstream of major powers, has to choose its affiliations with extreme care, and generally does so. Trade agreements and military allegiances are matters of life and death for us. And yet our most enduring connection with a foreign power—the fact that our head of state is the English crown—basically comes down to historical inertia. For no good reason, Canada’s head of state is an old English lady. It’s always been pathetic. After Brexit, it’s glaringly pathetic.

The moment for Canada to find its own head of state has arrived. I mean, everybody else is going. Within hours of the British decision to leave, Scotland’s first minister, Nicola Sturgeon, declared that the condition for another Scottish referendum, “a significant material change in circumstances,” had been met. The best arguments for Scotland staying during the last vote on independence—economic stability and openness to the world—have been conveniently removed by the British government. Why would Scots stay attached to an isolated nation which defines itself by its ethnicity and whose ethnicity they do not share?

If the head of state is to be an empty symbol then at least the empty symbolism should apply.

It’s not just Scotland, either. Ian Paisley Jr., junior first minister of Northern Ireland, advised his constituents to get second passports with the Republic of Ireland. “Last Thursday’s vote has changed everything,” Leanne Wood, the leader of Welsh Independence Party, Plaid Cymru, declared. “In all likelihood, with Scotland voting to remain, the UK will cease to exist in the near future. Even though this situation was not of our making, Plaid Cymru believes that redesigning the current UK is the only option.” The number of Welsh Independence supporters is small but any number is extraordinary when you consider the fact that Edward I finished conquering Wales in 1283, and that the last serious Welsh Independence movement took place in 1400.

It is time for Canada to ask itself the same question that the Welsh and the Scots have been asking. Once upon a time, there were good reasons to have the Queen as our head of state, all of which have now evaporated. A connection with Britain protected us from simply being swallowed by the cultural and economic power of our gigantic neighbor. Without our connection to the Empire, what would be the difference between America and Canada? That anxiety, in 2016, looks increasingly insignificant. The United States and Canada are cousins, but cousins who have taken very different paths in life. In the age of Trump, being overwhelmed by the triumphant American way of life is not exactly a major worry. The differences are obvious. And Canada is not doing poorly by the comparison. We are the grown-ups now.

The other reason that it was to our advantage to maintain a connection to the English Crown was to preserve fragile national unity. I know that even the idea of starting to discuss the Canadian constitution is enough to make reasonable people in this country throw up in their mouths a little bit. But surely a Canada in which English- and French-speaking Canadians live together cannot be injured by separating itself, permanently, from the principal architects of the Conquest. The Queen never represented the people of Montreal or Quebec City. She no longer represents the people of Toronto or Vancouver either. Seventy-one percent of Quebecers support abandoning the monarchy. English Canada is just catching up.

Constitutional monarchy is an amazingly successful form of government all over the world. There are worse ways to organize government than to have an arbitrary celebrity at its head. But if the head of state is to be an empty symbol then at least the empty symbolism should apply. The royal family of England makes a pisspoor symbol for Canada as it stands. The Queen represents old, racist, inward-looking England whose insularity, in the most charitable phrasing, can be described as “suspicion of foreigners.” The explosion of racist incidents in England after Brexit looks, ironically, a lot like the worst of Continental European history. It looks a lot like simple loathing for the other.

According to her official biographer, Queen Elizabeth was pro-Brexit, although of course the Palace offered denials. This morning she made her first appearance since the vote to declare “I’m still alive.” Every time she appears from now until the hour of her death, the question will be for how much longer? Queen Elizabeth represented Britain as it was, as it recovered from the Second World War; she represented the defeat of fascism and the creation of the new world order which brought unprecedented peace and prosperity with it, the new world order England has turned its back on. What will King Charles represent? The idiot toff lord of a small piece of an island famous for its poor weather. Canada deserves better. So does England, for that matter.

Nigel Farage, in one of his astonishing backtracking interviews following Brexit, claimed that England would make new international agreements, including with the Commonwealth. My feeling on hearing that remark is, you know what, Nigel? That’s quite all right. We’re fine, really. And I’m not alone. Support for the monarchy has been steadily declining in Canada as our demography has changed. In a 2015 Forum poll, four in ten Canadians favored abolishing the monarchy after the death of the Queen. Seventy-three percent wanted a head of state born in Canada. Those numbers are only going to go one way, as Canada continues to define itself as multicultural and England defines itself as English.

The truth is that we have already parted ways. They are leavers. We are joiners. It’s long since time to make the break official.