Canada Will Never Beat Iceland | The Walrus
Skip to content 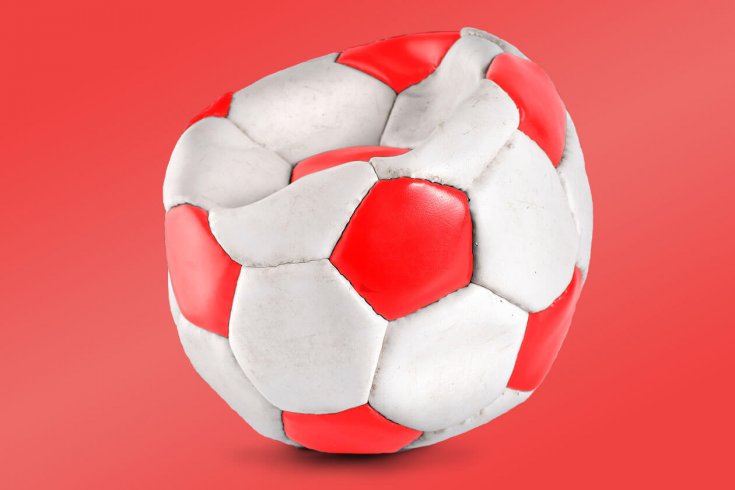 As a Canadian soccer fan you’re likely thinking: what does England (pop: 54 million) being Brexited from the UEFA Euro Cup 2016 by Iceland (pop: 330,000, or Saskatoon and change) mean for me? If you’re one of the eternal faithful hoping to cheer on Les Rouges or the national women’s team as they rip through a major soccer tournament, you can consider the Vikings’ victory as final, definitive proof that everything that has ever been done by a Canadian on a soccer pitch was in vain. The one (fallacious) argument that had always excused away local footballing squalor—Canada’s small population size relative to her rivals—has now been dismissed for the bull crap that it is.

We’re doomed, and here’s why. Reverse-Malthusian theories regarding the population-to-greatness ratio are generally in line with the data obsession that changed the way professional sports was coached, played and consumed. Cosines, algorithms, fractions, and binomial coefficients properly entered mainstream consciousness with the publication of Michael Lewis’s Moneyball, which detailed the astonishing career of Oakland A’s manager Billy Beane and his wonk-driven success against MLB’s more moneyed franchises. Beane was the managerial iteration of a sub-subculture in baseball fandom, which found its most perfect adherent in an arch-nerd named Bill James. “A great portion of the sport’s traditional knowledge is ridiculous hokum,” James is said to have said. His work heralded the arrival of the sabermetricians, and he proved through his Baseball Abstracts mimeographs that numbers, when they were properly calculated, never lied.

Iceland are not a novelty song, they’re a double concept album with a back-up orchestra.

Analytics were suddenly The Thing. Baseball changed forever. So too did hockey. Ditto American football. Soccer not so much, and there’s sort of a reason for that. Billy Beane’s job was to win with active ballplayers, the more maligned and undervalued the better. This entailed scrutinizing on-base percentages and other revelatory numbers in order to stack his team with as much already productive stock as possible. If the numbers were true, and if he could provide a happy-ish and productive work environment for his stable of bargain-basement talent, he could win.

As it happens, there is a similarly numbers driven guide for soccer, co-written by Financial Times journalist Simon Kuper and sports economist Stefan Szymanski called Soccernomics: Why England Loses, Why Spain, Germany, and Brazil Win, and Why the US, Japan, Australia—and Even Iraq—Are Destined to Become the Kings of the World’s Most Popular Sport. The thesis is in the title: big populations undergird big performances. Kuper and Szymanski have much to say on the outright idiocy of the industrial soccer complex, and they spend a fair bit of time grappling with the abiding Canadian soccer question: how do you develop athletes adept enough to produce stats in the first place?

It certainly seems logical that a larger, more diverse population would provide a deeper talent pool. But soccer does not submit to the rudiments of logic. Roy Hodgson’s wretched English squad, culled from a stunningly diverse, medium-sized population, was another example of piss-poor Blighty management guiding a star-filled firmament into a footballing black hole. (Kuper and Szymanski claim that England actually over-performs given its population size relative to, say, Germany or France or Brazil. Um, nope.)

If you’re hoping for some sunshine, shirtless Canuck fan, look no further than how Icelandic soccer differs from English soccer at its most fundamental level. According to the Guardian‘s Barney Ronay, “Iceland has one UEFA B licence coach for every 825th member of the population. In England that number rises to one per 11,000.” By using population size as a definitive metric, soccer analysts were confusing a metadata set with the real work: magicking world-class players from zygotehood to starting eleven.

Iceland are not a novelty song, they’re a double concept album with a back-up orchestra. On their way to embarrassing England in the Euro Cup, they had to beat the Netherlands (pop: 17 million), then draw with Portugal (pop: 10.5 million), draw with Hungary (pop: 10 million), and thrash Austria (pop: 8.5 million). Lars Lagerback, Iceland’s pacific Swedish-born coach, managed his homeland (pop: 9 million) to five consecutive major tournaments before becoming the King of Reykjavik. Which is to say nothing of the Welsh (pop: 3 million), led by the once-in-a-generation Gareth Bale. They’ll play Belgium in the quarterfinals on Friday.

If we spend just a moment more with the abovementioned factoids, we’ll note that Iceland’s small population size has likely worked to their advantage. Lagerback knows that soccer is less a sport than it is an art, the principle medium of which is humans. Icelandic children are drilled in the specifics of the sport, and by the time they gear up for a team game at any level they’re developed players. By contrast, I’ve watched extensive training sessions with both the Canadian men and women’s national teams, and what was immediately apparent was the lack of skill on the ball. Canadian coaches have traditionally tried to disguise this shortfall with fitness. Hint: if an athlete can’t control the ball effectively, it doesn’t matter if he or she is able to crest Everest carrying nothing more than lip balm and a bottle of coconut water.

Canada, a country largely made up of immigrants from footballing nations, and increasingly populated by immigrants from other footballing nations, has so far produced one world-class soccer player. For every Christine Sinclair there’s, well, nobody. Which brings us, I suppose, to the old we-lose-so-many-great-young-athletes-to-hockey argument. According to FIFA’s last count, 2,695,712 Canadians kicked a ball back and forth in 2006—a number representing almost eight times the entire population of Iceland, making soccer by far the most popular sport by participation in this country. Taking that argument further, I think we’d all agree that Spain (pop: 46.5 million) has experienced some success on the soccer pitch. In the meantime, Spanish athletes have won the three Tours de France, a bunch of French Opens, a handful of Australian Opens, some Wimbledons, five Davis Cups, two Formula One championships and, in Beijing, a silver medal for synchronized swimming. They’re good multitaskers, the Spanish.

So what have we learned? Soccer is not baseball. Population size doesn’t matter. Conflicting sporting obsessions don’t matter. Even the old Canadian shibboleth of Strength Through Diversity doesn’t hold here: every athlete on the Icelandic squad is pretty much the same person. All the old beliefs are, as Bill James noted, ridiculous hokum. Thirty-five million people, the equivalent of 100 Icelands: if the relatively rich, stable, diverse, and entitled people of Canada hope one day to field a powerhouse national team, it must start at the very beginning. We must find a way to respect skill over strength, so that we can become the game we fail to understand.

Richard Poplak (richardpoplak.com) is a political reporter currently based in Johannesburg, South Africa.