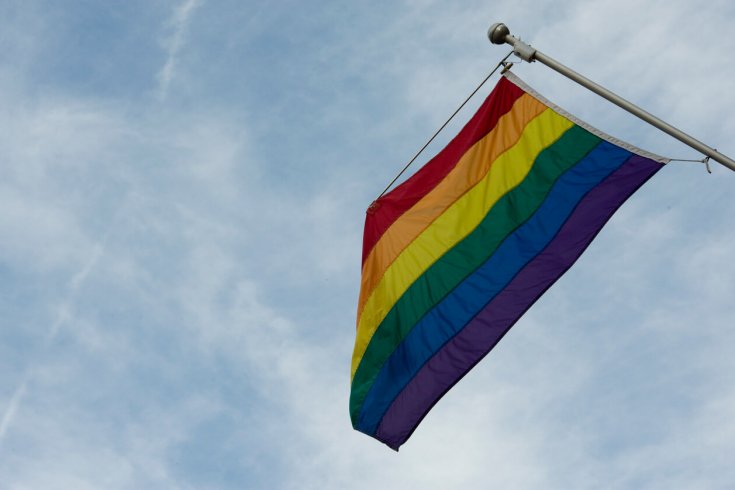 In 1981, police stormed various bathhouses in Toronto. Locked doors were opened with crowbars and sledgehammers. Hundreds were rounded up, charges were laid, men were named publicly, and lives effectively ruined—this was when being identified as gay meant possible job loss and rejection by friends and family.

The response to the raids was swift and impressive. Twenty-four hours later, several thousand people amassed at the corner of Yonge and Wellesley, and marched to a local cop shop where they denounced the police raids as crossing a line. The action became part of a larger movement that was well under way in Canada and around the world, then quaintly referred to as Gay Liberation.

So it’s not a surprise that members of Canada’s LGBTQ communities cheered last week, when Toronto’s police chief offered an official apology for the raids. Queer groups have had a long, strained history with the police; this felt like another indication that we headed in the right direction.

But a funny thing happened on the way to correcting a nasty bit of civil rights history. The reporting itself was profoundly wrong. On The National, the CBC reporter declared that night as the one that sparked Canada’s gay rights movement. Their web site went on to quote an activist as saying it was “our stonewall.” The CTV report basically repeated the same line—that this was the first time such raids had galvanized a community in Canada and led to action.

Not so. On October 22, 1977, police raided two downtown Montreal gay establishments, Truxx Bar and Le Mystique, arresting 146, in what would be the largest mass arrest since Trudeau had declared the “War Measures Act” during the October crisis. The police were armed, with at least two of them carrying machine guns. The men faced “compulsory VD tests” and also faced charges, most of which would be dropped later on or dismissed in court.

The next day, approximately 2,000 protested the raids in downtown Montreal, which culminated in further clashes with police and a few arrests. But unlike the Toronto raid of a few years later, the raids and the ensuing protests against them led to direct political action: queer activists lobbied the PQ government for actual changes to the law, and they arrived. On December 15 of that year, Quebec’s National Assembly would amend the Quebec Human Rights Charter to include sexual orientation as a prohibited form of discrimination. That made Quebec the first province in Canada, and the largest jurisdiction in North America, to ever provide such protection under the law.

It may just seem like a minor oversight, but it’s not. In a community with a history as fragile as ours, it’s imperative that our stories be told correctly, and respectfully. The Montreal raids and subsequent change to the law were not minor, nor are they part of some hidden, under-told history. And the raids led directly to Pride marches in Montreal (the first ones did not take place in Toronto, as media also erroneously reported last week). And the changes in Quebec’s provincial Charter predated subsequent provincial government changes by many years.

This is all part of the historical record, and a Google search away. I realize media organizations have weathered seemingly endless rounds of cuts, but reporting on the Toronto bathhouse raids of ’81 as precedent-setting is sheer laziness.

And it stings all the worse when one considers that many of the offending quotes came from activists who know how sensitive issues surrounding historical accuracy are, and how much of our history simply doesn’t exist because it has been ignored or downplayed. The Canadian Lesbian and Gay Archives (CLGA) is a vital organization, but its very commitment to historical accuracy is threatened when its own president, Dennis Findlay, tells the CBC that the ’81 raids were “a game changer for many individuals within the community—to realize no, we’re not taking this shit anymore.” I’m sure they were a game changer, but they weren’t the first of their kind.

It’s pretty stunning that no one thought to say anything, or make sure the journalists got their story right. It isn’t that the men who were arrested in Toronto didn’t suffer something traumatic or demeaning (nor the women, who, in 2000, would be arrested and searched in the notorious Pussy Palace raid, also in Toronto). But the memories of the men arrested in Montreal in 1977 should not be obscured or eclipsed by something that happened in Toronto some four years later.

The error is that much more glaring given its context—it was made in the midst of attempts to correct historical wrongs. As the brilliant 1992 documentary Forbidden Love: The Unashamed Stories of Lesbian Lives illustrates so perfectly, vast amounts of queer history has gone unrecorded, even in the LGBTQ community. And this kind of widespread amnesia has a long-standing impact on sexual minorities and the larger culture, effectively removing us from the official record and rendering us invisible. It’s one of the reasons I would have expected activists and archivists to be more sensitive to them. This is equal parts lazy journalism, toxic Torontocentricism and an eagerness to brand an event as a precedent. (The Montreal raids are cited on the CLGA‘s web site.)

So let the record stand. If the Toronto raids have set a vital precedent, it’s that they have led to an actual apology. Though there is one thing the Montreal and Toronto raids share in common: official apologies for both are long overdue.