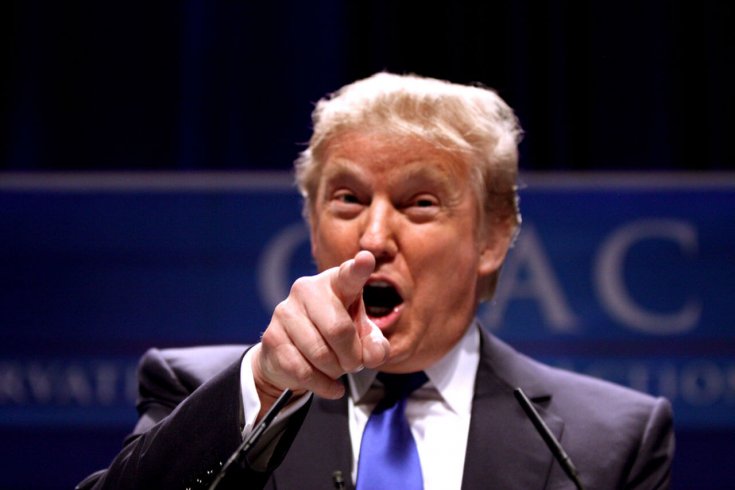 More so than most psychotherapists, I’ve had the chance to work with people suffering from Narcissistic Personality Disorder (NPD). These opportunities are rare because few NPD-afflicted individuals end up in therapy: narcissists almost never seek treatment for their personality dysfunctions. But many narcissists do love their drugs, especially cocaine. And because I specialize in addictions, NPD-afflicted individuals sometimes end up on my couch to deal with the havoc their drug use has caused.

There are common patterns that play out in the lives of NPD-afflicted individuals. They usually are good at making friends, but bad at keeping them. The charm offensive that almost every true narcissist will perfect by the time they are young adults can disguise for only so long their chronic hunger to be perceived as special or exceptional. This pathological hunger is insatiable, and expresses itself in every human interaction. Generally speaking, these people simply exhaust the people with whom they form any sort of relationship. Those confined to their circle tend to feel like emotional hostages. Just ask their parents, spouses, children and colleagues.

The inner life of someone suffering from NPD might be compared to a jet that can never land and must always be refueled in mid-flight. The fuel they burn consists of the admiration they seek to extract from interpersonal encounters. Without these constant ego refuelings, those afflicted with NPD experience panic: there is a visceral, overwhelming feeling that they will crash, burn, and in some sense die.

In general, the underlying fear that haunts such individuals is that they will be exposed as frauds. This imposter syndrome tends to hang over those with NPD like a shadow they can’t escape. Theirs is a life filled with endless stress, because it is simply impossible to exist in a constant state of being glorified by others—no matter how successful, talented, rich or famous a narcissist might be. For many, drugs become a kind of failsafe for when the world doesn’t provide the needed sense of glory. (Cocaine is the most commonly craved drug by such users, according to my observation. Anyone who has ever done the drug knows that it can make you feel like king of the world—until you come down.)

I have had a number of fellow mental health professionals tell me that NPD can’t be treated effectively. But in my experience, that’s not true. I’ve worked with a number of men and women whom I believe have reconfigured their personalities so that they are more adaptive to their environments. I don’t know if the word “normal” is a good way to describe these reworked personalities. But even if their hunger for glory is never actually satiated, they at least know how to tolerate being hungry.

I am writing this because it strikes me that a man with all the outward symptoms of fairly extreme NPD has become president of the United States. This is not a formal, clinical diagnosis: My thoughts here are self-admittedly nothing more than conjecture, since Donald Trump is not my patient. But in his campaign to become president, and his actions since ascending to the position, Trump has put his personality very much on public display. (I should say that despite his audible sniffling at one of the presidential debates, there is no evidence that the man has a cocaine problem, and I am in no way making the claim that he does.)

My fear is that for the next four years, America will be watching a man experience what the clinical language calls narcissistic injury. I predict the presidency is going to be torture for him. He will be subject to the scathing criticism that all politicians must endure. And we already have seen how agitated he becomes in the face of even mild rebukes or disappointing facts about the crowd size at his inauguration. Imagine how Trump will respond to the inevitable failures, frustrations, and setbacks. (For this reason, the thought of him being just another human being suffering from mental health issues that are out of his control or even awareness causes me to have some degree of compassion for him—as odd as that may sound.) All of the narcissistic injury he endures will cascade to the emotional hostages he has assembled in his orbit.

Narcissistic injury occurs when the reality of one’s fallibility—or, worse, outright inferiority compared to one’s rivals—cracks through a narcissist’s protective shell of self-grandiosity. With his or her self-delusions punctured, the NPD-afflicted individual will exhibit a manic, relentless, and often somewhat pathetic form of rage.

I think back to when I was doing my master’s degree in counselling psychology, at a time when Charlie Sheen was becoming publicly unhinged, and eccentrically proclaiming that he was “#winning.” It is a word, to be noted, that Trump uses just as often as Sheen once did.

What we didn’t know then is that Sheen had just been diagnosed with HIV. It is something Sheen could have experienced as humiliation. Another source of narcissistic injury might well have been his termination from the cast of Two-and-a-Half Men. His non-stop media appearances proclaiming his “winning” ways quickly went from entertaining to sad. Most of us were lucky in that we could simply change the channel. I remember wondering, while writing a paper on Sheen’s public breakdown: What happened to those—his children, for example—who couldn’t?

I similarly now wonder about Trump’s family. And already, we have seen Trump’s narcissistic injury metastasizing to his press secretary, Sean Spicer, who now must lie to the White House press corps as a means to protect Trump’s delusions. On his very first day on the job, Spicer cast out a litany of flagrant lies—lies that might have bought a day of emotional reprieve for Trump, but could undermine Spicer’s reputation for the rest of his career.

What will ultimately become of Spicer—and the many other professionals who now have pledged their loyalty to Trump and thus must parrot his “alternative facts”? The odds aren’t good. I have seen narcissists destroy the lives of those around them without a shred of empathy, in order to deflect blame or ridicule. When the hunger strikes, and they are compelled to reset their sense of self-grandiosity in the face of narcissistic injury, there is no space left in their psyches for consideration of others—even their closest family members.

There isn’t even space left for ideology or political strategy. They obey one imperative only: do what is necessary to avoid the crash and burn. I have seen it all too often in my professional practice. And now I am witnessing it in man who may already have taken a whole country as his emotional hostage.

Felix Vikhman is a Toronto-based registered psychotherapist in private practice. In recovery from addiction himself, he has been sober since January 2006.