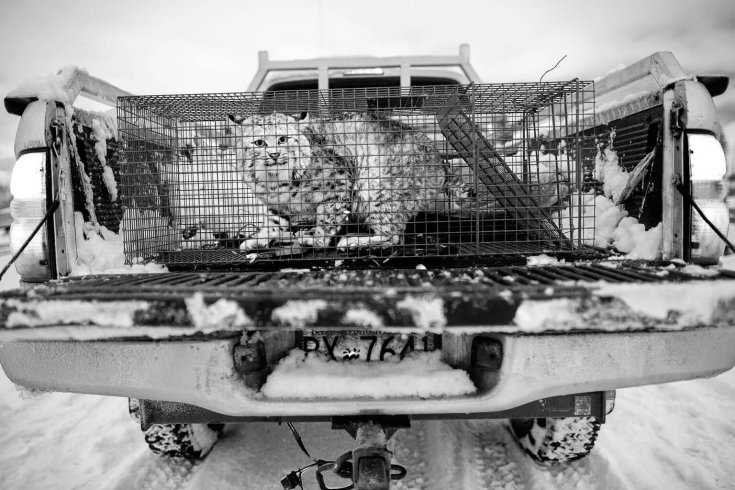 Vernon, BC A bobcat that was preying on local pets around the town is caught in a live trap and put in the back of a ­pickup truck. In a good year, a top-quality ­bobcat pelt sells for more than $1,000; however, prices fluctuate dramatically year to year.

The French are not in the habit of emigrating. Though it was a Frenchman, Jacques Cartier, who became the first European to chart the shores of the St. Lawrence River in the 1530s, very few of his countrymen travelled west across the Atlantic in the years that followed.

Things changed a half-century later with Henry IV, an ally of Queen Elizabeth I. Henry believed that the prestige, scientific ambition, and national interest of France (then one of the world’s great nation-states) required that the French sail the high seas and stake out territories across the ocean. It was a game of catch-up: the Spanish already had begun this project and were bringing back rich cargoes of gold and silver from the pillaged empires of the Incas, Aztecs, and Mayans in what is now Latin America.

Henry dispatched explorers to probe the coast of North and Central America in hopes of staging his own successful treasure hunt. He also sought to find a faster route to China, whose wealth of silk and other luxury goods was fabled in Europe. The Indigenous people they encountered delivered metals and gemstones (which, unfortunately, testing proved to be worthless upon the explorers’ return to Europe: in France around this period, as false as Canadian diamonds became a mocking expression for worthlessness).

Fur, on the other hand, was a more promising commodity—especially beaver pelts. European women and men alike valued the durability and warmth of beaver hats, collars, and coats elegantly styled by Paris’s couture houses. Demand was huge, and Frenchmen with a taste for adventure could become rich.

The British inhabited a small, largely resource-poor island. It therefore makes sense that they got to the temperate parts of North America before the French did and had no great difficulty in recruiting people to resettle there. The agricultural wealth of America, especially in tobacco, made the American colonies relatively self-sufficient economically from an early date.

The territory that we now call Canada, by contrast, was not seen as a land that promised great riches. And the French government wasn’t prepared to bear the entire cost of financing unprofitable colonies in the face of hostility from the much more numerous New England colonists, not to mention harassment by the Royal Navy. The result was that French colonists were reliant on the private fur trade to fund their operations.

The French encouraged First Nations people to exercise their astonishing talents as woodsmen and hunters by offering tools and other goods. The so-called Indians (they were optimistically assumed to be citizens of the Indies) derived sustenance from hunting and fishing, having little agriculture and few permanent structures. They were understandably happy to acquire copper pots and metal hatchets. Knives and needles replaced utensils of stone and bone. And, of course, muskets assisted in the hunt and in internecine warfare.

It soon emerged that alcohol could be used as a form of currency in bartering. While rum and gin were appreciated, a favourite strong drink was brandy, which some called the milk of the king of France . Alcohol became a terrible problem for French and First Nations people. And the issue severely divided the settlers—between the commercial and official elements who prioritized financial considerations, and the clergy, who recognized at once the evil impact that alcohol had upon everyone.

The formidable Bishop—and now Saint—François de Laval-Montmorency and his supporters periodically attempted to convince the French government to curtail the sale of alcohol to First Nations people, but to little avail. And in time, the effects of alcohol, along with those of many other imported European products, practices, and pathogens, deeply compromised many First Nations societies.

Eventually, Jean Talon, the first intendant of New France, who served from 1665 to 1668 and from 1670 to 1672, imported young ladies from across the ocean as a means to boost the population, which at the time was overwhelmingly male. Scarcely 800 filles du roi would become recognized as the ancestors of two-thirds of all modern French Canadians. Under Talon, the small but growing French population built a number of industries, including iron forging and casting, brewing, textiles, mining, and handicrafts.

In the late seventeenth century, the French were extending their presence in North America down the Mississippi to the Gulf of Mexico, north to Hudson Bay, and westward almost to the Rocky Mountains. Much of this astonishing transcontinental expansion of a community of several tens of thousands was accomplished not by the French per se, but by what we would now call French Canadians—especially Pierre Gaultier de Varennes, sieur de La Vérendrye; and Pierre Le Moyne d’Iberville. New France, a sort of spiderweb tracing the waterways up, down, and across North America, was created largely in pursuit of fur.

The fur trade was vital not just to the founding of Canada, as has been illustrated, but also to the country’s survival, albeit indirectly: because the French fur traders and their descendants resisted cultural assimilation into English-speaking society, Canada was able to resist assimilation into adjoining English-speaking jurisdictions (whether British colonies or the United States).

Later, in order to defy the blandishments of the American revolutionaries (including Benjamin Franklin, briefly a resident of the Montreal area, where he served as Canada’s first deputy postmaster), the British had to strike a bargain with the Québécois—a task accomplished by the great Canadian governor Sir Guy Carleton (later Lord Dorchester). Carleton lobbied the British Parliament for passage of the Quebec Act of 1774, which guaranteed French Canadians the protection of their language and religion, and use of the civil law, in exchange for their fealty to the British crown—an institution much less oppressive and corrupt than the French ancien régime .

Both sides kept their bargain. And by a narrow margin, Canada resisted American invasion in the Revolutionary War. The French were generally loyal, motivated both by a passage in the United States Declaration of Independence that accused the British of trying to impose civil law on Americans and by demagogy in the Continental Congress on the evils of popery. Canada survived the War of 1812 in part because of the constancy of the French Canadians—and an alliance with Tecumseh and other Indigenous leaders.

In other words, the fur trade begat far more than fur: it brought the French Canadians who founded Canada and who proved critical in thwarting American annexation. And so it is fitting that the trade survives to this day.

The beaver, in particular, has embodied the Canadian identity, from Champlain’s time to our own. And we should be glad that we never managed to kill them all. While their industrious dam-building can be a frightful nuisance, it seemed to me a confirmation of the Canadian pertinacity of that animal—and a reminder of its historic role—when, about twenty years ago, beavers felled cherry trees near the Tidal Basin in Washington, DC, fussing local sensibilities.

The National Park Service relocated these creatures to a secret location safe from curiosity seekers. To my knowledge, none has been turned into a hat worn by a European lady or dandy.

Tyler Anderson is a staff photographer at the National Post. 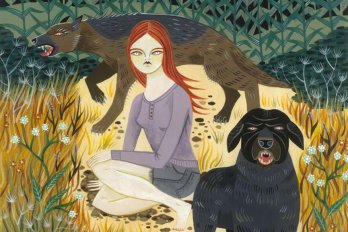