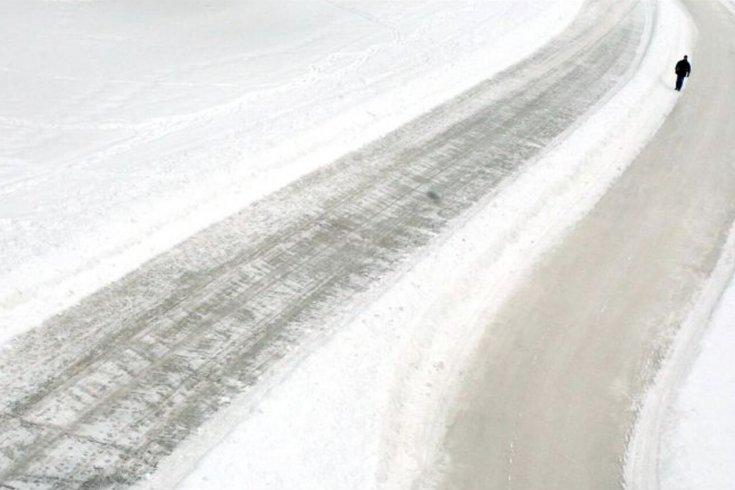 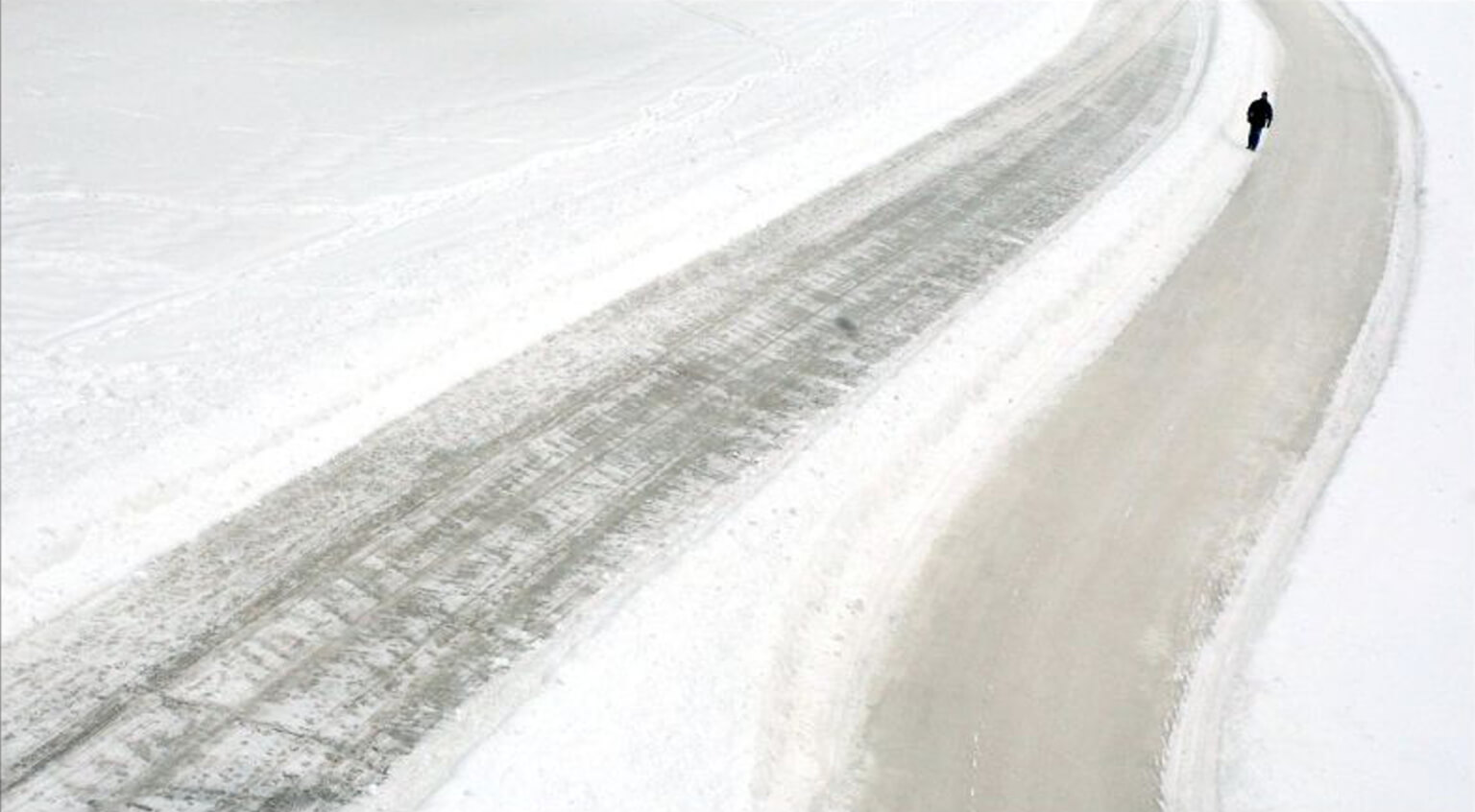 Bob Rae once did something that few politicians ever do: he apologized.

As interim leader of the Liberal party in 2011, Rae had the decency to apologize for the failure of the Chrétien and Martin governments to act on the World Health Organization recommendation that all countries should develop and implement national strategies for suicide prevention. The WHO calls suicidal behaviour a “largely preventable public health problem.” And to his credit, Rae began lobbying the Harper government for such a strategy himself—to no avail.

For the past few weeks, Canadians have been reeling from the news coming out of the Pimicikamak Cree Nation in Cross Lake, Manitoba, located 500 kilometres north of Winnipeg. In a population of about 6,000, there have been six deaths by suicide in two months and 140 suicide attempts in two weeks. The community is grieving, parents are worried sick about their kids, the two resident nurses are “ready to drop” from exhaustion, and the community leadership has declared a state of emergency.

The situation in Pimicikamak shows that there has never been a more urgent need for the Liberal party to show leadership on evidence-informed suicide prevention, especially in Indigenous communities.

As one of the few developed countries not to have a national strategy, Canada is a peculiar place when it comes to suicide prevention. Quebec, which has energetically implemented a multifaceted provincial suicide prevention strategy, cut its teenaged suicide rate in half between 1999 and 2009. Overall, approximately 3,000 lives have been saved over the past ten years—an accomplishment which has brought international attention from suicide prevention practitioners. But English-speaking Canada has yet to take similarly concerted action, and the suicide rate remains unchanged at approximately 11.5 deaths per every 100,000 people.

Effective suicide prevention requires tackling both the immediate and underlying risk factors. Greatly strengthening the continuum of mental health services, better equipping youth to cope with adverse life events and negative emotions, and delivering suicide intervention training on a large scale—these measures can be accomplished and make a positive difference if the will and the resources are there. Quebec’s accomplishment is proof of this.

Around the world, many Indigenous societies with historically low rates of death by suicide have seen a sharp rise in suicidal behaviour in recent decades. One of the best-documented examples is that of Inuit in Nunavut, where coronary records dating back to the 1960s have tracked the mounting losses. No similar historical data exist for Indigenous peoples living in the south, as death certificates in the provinces are not coded by ethnicity.

Calculated from data obtained from the offices of the Chief Coroners of the Northwest Territories and Nunavut, and Statistics Canada.

Not all Indigenous communities in Canada suffer elevated rates of suicide—studies demonstrate a wide gap, and many First Nations communities are well below the national rate. Indigeneity is not, in and of itself, a risk factor for suicide.

But the communities in this country with the highest rates of suicide—particularly youth suicide—are all Indigenous communities. That portion of Indigenous Canada suffers the most from the lack of a national strategy, and the financial and intellectual resources that such a strategy would make available to the parts of the country in greatest need of them.

Addressing the structural risk factors—overcrowded housing, weak and underfunded education and health programs, the transmission of historical trauma from one generation to the next (a recent phenomenon, still not well understood), addictions—underlying elevated rates of suicidal behaviour in many Indigenous communities will take time, respect, partnerships, concerted effort, and resources.

Suicide and other public health emergencies in Indigenous communities such as Pimicikamak have their roots in colonialism—both historic and ongoing—in the form of grossly substandard living conditions and inadequate health services.

After a roadblock at Manitoba Hydro’s Jenpeg power dam, close to the site of a former residential school, Premier Greg Selinger flew to Cross Lake in October 2015 and offered a “sincere apology to aboriginal people affected by hydro development.” Chief Catherine Merrick acknowledged the premier’s contribution to the healing taking place in the community, but noted that “The apology does not fix the past. It does not even fix the present. Our lands, waters and resources are still a mess. Our people still lack a fair share of the opportunity generated by the river.” The result, Pimicikamak’s website asserts, is that the federal government and the Indian Act “preside over third-world conditions of poverty, corruption and human despair.” The community is estimated to have an 80 percent unemployment rate.

The 2015 First Peoples, Second Class Treatment report from the Wellesley Institute found that “indigenous peoples experience the worst health outcomes of any population group in Canada, underscoring the urgency and importance of understanding racism as a determinant of indigenous health.”

Assembly of First Nations (AFN) National Chief Perry Bellegarde told a gathering in Winnipeg last Friday that the federal government has known about the suicide crisis in Indigenous communities for years, but has turned a blind eye to the tragedy. “There’s got to be a huge intervention there,” Bellegarde said, “but also in a lot of communities across Canada. There’s got to be a national strategy on mental health to deal with the youth suicide that is rampant amongst our communities.” The Premier of Manitoba echoed Bellegarde’s call for a national strategy, noting that “under the previous [federal] government, there had been quite a few reductions in the mental health workers in First Nations. There is clearly a need for more prevention resources.”

It’s not clear whether the programs that were shut down when former Health Minister Leona Aglukkaq terminated the Aboriginal Healing Foundation (AHF) funding will be re-established. The Mamisarvik Healing Centre in Ottawa, which specializes in treating addicted and traumatized Inuit, received core funding from the AHF. The staff have been given their termination notices effective the end of this month. Who is going to do their important counselling work?

Internally, the AFN’s work has focused on its First Nations Mental Wellness Continuum Framework, that outlines opportunities to build on community strengths and control of resources in order to improve existing mental wellness programming for First Nations communities.

The Inuit leadership is also taking action. The Government of Nunavut has created a minister responsible for suicide prevention position (the world’s first), named a senior Inuit official to coordinate implementation of the territory’s new suicide prevention strategy, and is committing significant financial resources to fund programs. National Inuit leader Natan Obed, who played a key role in developing Nunavut’s strategy, has announced that taking action to prevent suicide among Inuit is Inuit Tapiriit Kanatami’s number-one priority for the next three years. By July 2016, ITK will have released a National Inuit Suicide Prevention Strategy, and will follow up with a national plan to evaluate and monitor implementation of the strategy in September of this year.

Canada now has progressive doctors as ministers of both health and Indigenous and northern affairs. They likely both know what needs to be done, or have officials who do. The extra help that Ottawa has offered to Pimicikamak for the next eight weeks is just a Band-Aid, albeit a much-needed one. Ministers Jane Philpott and Carolyn Bennett need to be given the direction and the resources to work in partnership with representative Indigenous organizations and both provincial and territorial governments to make serious suicide prevention happen. If not, there will be other Pimicikamaks—and more apologies for action not taken.

Jack Hicks helped develop the Nunavut Suicide Prevention Strategy, and is a suicide prevention researcher and practitioner. He is adjunct professor in the department of community health and epidemiology at the University of Saskatchewan.