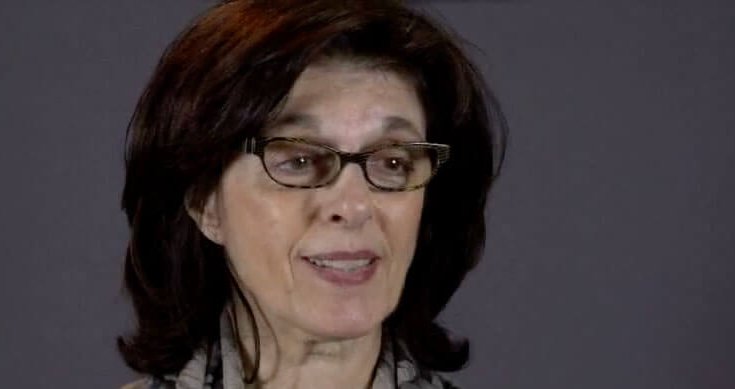 There is a form of recognition that passes between writers or editors, akin to the lifted hand of a couple of boaters as they pass in open water. It transcends age, status, even languages sometimes. I’d like to think it was a form of mutual affinity that allowed Ellen Seligman, the late publisher of McClelland & Stewart, to open up to me and do what she often did: identify a young person struggling to become a writer, and a woman, and help her.

Seligman was originally from New York, but she spent her working life in a literary community that she both found, and made, in Canada. As of the 1980s, she began to emerge as the country’s leading editor of fiction, shepherding stars she had both recruited and inherited, among them Margaret Atwood, Rohinton Mistry, Michael Ondaatje, and Leonard Cohen. In the course of her career, and in no small measure because of her, Canadian literature came to a new prominence worldwide. Seligman’s books won a record number of Governor General’s Awards, Bookers, and Gillers—more than any other editor.

The role of an editor isn’t always visible to the public, nor is it always quantifiable from project to project. Even for the writers who knew her, the exact nature of what made Ellen Seligman great has always been something of a mystery. What really went on in editing conversations between her and Atwood on controversial books like Alias Grace? How did monumental novels such as Jane Urquhart’s The Underpainter get their shape? Among editors, Seligman had the status of a Merlin, a legendary enchanter who transformed manuscripts into masterpieces, using techniques surprising to the person who stumbled upon them later.

If pushed, Seligman would describe herself as having a three-dimensional ability to examine a manuscript for the impact of a potential scene, line, or word. Giller Prize-winning author André Alexis recalls her ability to call up the many different drafts of a single work. “She knew what you were trying to do, what you’d tried to do,” he says. “When you trusted her, you entered into a place with someone who could defend the work against you, sometimes.”

One of her signature techniques was the “opening up”—the asking of questions that pushed writers to the lengths of their own ability. Nancy Lee, who worked with her on her first book, Dead Girls, and then, fifteen years later, The Age, remembers receiving the first edit of a short story along with Seligman’s effusive praise, and “just” twenty questions. “I’d have to go away and think about them. It would take days. Then, she’d say, ‘Nancy, I have just nineteen more questions I want to ask you.'” Editing would go back and forth until Seligman had only “one or two” questions. A single story could take months.

It wasn’t a method of working suited to everyone; some walked away—others eventually outgrew the relationship, the way a child renegotiates a relationship with a parent. But for many, it created some of the most profound literary collaborations in the world. “In an intellectual sense, it was like having one of the most skilful lovers I have had in my life,” says Alexis. “There was a sense of never being able to have that with anyone else.”

I first met her in 2000, when I was the books editor of Saturday Night magazine. There were dinners—at the Frankfurt Book Fair, in restaurants, at my house. For two people who worried constantly about the meaning of life, the strength of our connection was pretty non-intellectual. Seligman loved to shop—she was always elegantly dressed—to dance, and to cook. Over the years, my intimidation of her diminished, in part because of an increased awareness of her vulnerabilities. Literary readings to her were BYOO (Bring Your Own Obusforme). Purell was a way of life. I saw that if a woman of her strength could overcome things like a fear of food poisoning, there was hope for me, too. “Did that man just leave to throw up?” she couldn’t help asking, when a neighbouring diner left the table abruptly, possibly to take an urgent phone call. I had already wondered the same thing.

Seligman and I never worked together—for the most part, I write non-fiction—but we talked shop constantly when we met. I was surprised to hear her, so famous for her stamina, admit that there were projects she walked away from. “Oh, you don’t do that for everything,” she said. Paradoxically, for the book she felt had the potential she would go to any lengths to help: five-to-eight-hour editing calls that might/might not be punctuated by a break, in which the writer—often a twenty-something, first-time author—might weakly ask to go to the bathroom.

Seligman had an endearing way of starting conversations in the middle—assuming you had a working knowledge of the first part. As with her editing style, she had an appreciation for what lies below the surface, along with an ability to see several potential realities at once.

“There is a working truth and an actual truth,” she once told me, as a consolation for life’s most daunting manuscripts, but it may as well have been about life. “Sometimes you need the working truth to get to a first draft.” The lesson stuck with me—not just as a metaphor in writing, but also, this week, as a way to come to terms with events that seem so big as to be incomprehensible.

When I received the news that she had died, I was in the New York Public Library, researching a book that I have been working on for fifteen years. It was Good Friday, and the room was empty. I looked out the window and cried. My first thought was for Anita Chong, my former editor, who worked with Seligman for years—and to whom it seems a lot of us will now inevitably turn. There’s a way in which the loss of someone of Seligman’s stature makes you realize that the person standing behind you is no longer there—a reminder, as with the death of a parent, that it is up to you to carry on. I wondered what Seligman would say.