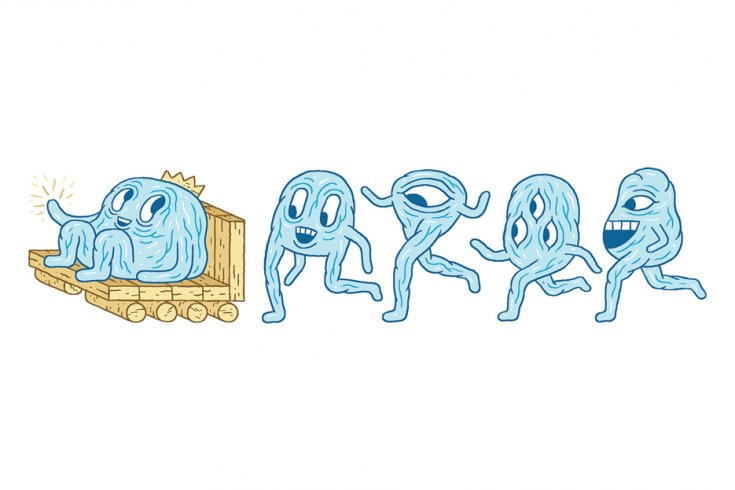 Hazel McCallion was narrowly elected the third mayor of the city of Mississauga in 1978, and it is no exaggeration to say that her popularity soared in the years that followed. She consistently claimed more than 90 percent of the vote in subsequent elections, and was acclaimed twice. Under her watch, the population of the one-time bedroom community tripled to more than 750,000 residents—the sixth-most populous city in Canada and among the largest in North America. At ninety-three, McCallion decided not to run for re-election in 2014. Here, The Walrus imagines a farewell monologue, based on her own words from thirty-six years’ worth of interviews and speeches.

My name is Hazel McCallion, and I have been mayor of the city of Mississauga since 1978. I’m a person who wants to get things done.

I have given myself full-time to Mississauga. Other than doing my housework and gardening, all my other time is given to the citizens.

I’ve always said, I win the election the day after the last one. There’s no difference the day before the election or the day after, but some politicians only show up six months before the next one. You gotta be honest with the people, and do your homework. That’s one of my favourite statements on all issues. You have to remember that you represent the silent majority. You have to listen to others, and you have to realize that you don’t have all the answers. But some of the answers are out there if you’re prepared to seek the advice of others.

No politician has all the answers to all of the challenges. A lot of them have caused the public to lack confidence in people running for office. You don’t promise things that you haven’t got a chance of fulfilling. But some people buy it, unfortunately. How can you say when you get elected that you’re going to keep the taxes down? I have never promised to cut taxes. All I’ve ever promised is to give value for tax dollars. In fact, I often tell people, Your taxes are going up—and sometimes I receive applause for that, which I’ve never figured out.

When I first ran in 1965, for deputy reeve of Streetsville, women strongly opposed me. And I didn’t make it that year, because they felt that here is a woman who wants to get into a man’s world. At the time, it was an all-male council. I really believe that when I ran for mayor of Mississauga in 1978, women played a major role in electing me.

I hope that I’ve been able to instill confidence in young women—confidence that they have a lot to offer to public office. Today, women can do any job a man can do. They can be the top engineer, the top doctor—the top in any profession. I’m so pleased to see a lot of young women getting involved at university in these fields that were exclusively male. It’s changing. It’s also changing in the political field, but not fast enough.

My advice: act like a lady, think like a man (something I’ve never figured out), and work like a dog. Because for any woman to succeed in the private or the public sector, she has to work very hard to attain success.

Since I was first elected, there has been an invasion: the political games played in the United States have come to Canada. I can see the US influence, and I think it’s unfortunate. I think that you can win an election without tearing apart your opponent.

In my last few campaigns, there was no literature, no donations, nothing. I just said, Here I am. And to justify the public support, I just carried on with confidence that everything I have done has been for the good of the city, and not for personal gain.

We only pass this way once, folks. And we either make a mark on society, or we pass on and nobody knows we existed. I think that we all want to make a mark in some small way on other people’s lives, or on the community.

It’s hard to think that when I wake up on December 1, I won’t have an agenda to follow—at least not one prepared by staff. But I’m not going to be sitting with my feet up. I’m going to have to find something to do, otherwise I would depreciate. I think people who retire, unless they have an alternative, sometimes really get old.