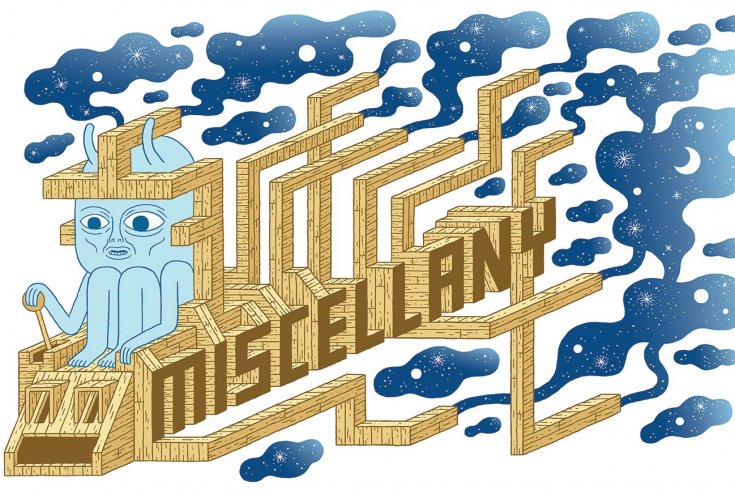 In 2007, a twenty-year-old Anishinabe woman from Garden River First Nation in Ontario quit her call-centre job, packed her bags, and boarded a Greyhound bus out of nearby Sault Ste. Marie. Before the call centre, Naomi Sayers had worked as an exotic dancer; she was heading for a network of clubs in southern Ontario, because another performer had told her it was a good place to maximize hours and profit. She arrived in London, moved into a dancers’ house, and began touring Windsor, Woodstock, and Peterborough. Keeping safe by travelling with other performers, she shared hotel rooms, transportation, and job leads. Her best friend and housemate, who worked under the stage name Alex, showed her the ropes: where to put her stuff, which dancers to watch out for. Sayers’s boyfriend had a car; sometimes he drove her to the club, and held onto her cash when she went in for shifts.

Sex work, she says, was entirely her choice. “Dancing got me out of the Sault,” explains Sayers, who is now a University of Ottawa common-law student and blogger-advocate for Indigenous women’s issues. And yet, she can’t shake the victim label.

As a young Indigenous woman who moved to an urban centre to work in the sex trade—even of her own free will, hoping to better her life—she fits the RCMP profile of a person who is vulnerable to domestic sex trafficking. The Criminal Code was amended in 2005 to make domestic trafficking an offence, and the definition is broad. Victims need not be moved, and while trafficking must contain an element of exploitation (“conduct that could reasonably be expected to cause” someone to fear for their own safety or for someone else’s), the code also states that people need not consider themselves exploited. This means they don’t necessarily get a say in whether they are victims; it’s up to the discretion of authorities.

In recent years, sex trafficking has gained attention and resources: the National Action Plan to Combat Human Trafficking commands a $25 million budget and has developed partnerships with several NGOs to raise awareness about the prevalence and severity of trafficking. Non-profits such as the Canadian Women’s Foundation have created their own task forces; CWF released a $2 million white paper on the subject in October.

Yet few can agree on how widespread the problem is, or how best to address it. This troubles former RCMP superintendent John Ferguson: “Are there victims? Yes. Is this a systemic problem? The evidence tells us no.” (Between 2005 and 2009, the RCMP reviewed 242 potential international human-trafficking cases, but made no convictions.) He points to the absence of information: Canada has no standardized system for the collection of such data. Ferguson also points to a 2003 RCMP report that claimed each year 600 women and girls are trafficked into the country for forced sex work; the report has since been discarded by the RCMP itself.

Instead, anti-trafficking advocates such as University of British Columbia law professor Benjamin Perrin rely on anecdotal evidence to bolster their arguments. In his 2010 book, Invisible Chains: Canada’s Underground World of Human Trafficking, Perrin seems to suggest that most prostitution involves coercion and threat; this risks conflating consensual sex work with a criminal offence, and misleads the public into believing that the trafficking problem is more acute than it actually is.

This may, in fact, be intentional.

Inflated or unsubstantiated trafficking stats are often disseminated by the same people who support C-36—the controversial bill that, if passed, would criminalize the buyers of sexual services, as well as third parties who exploit sex workers. In railing against sex trafficking, they can argue against the inherent evils of the sex trade without relying on explicitly moral or religious rhetoric—a useful digression when the public is less inclined than ever to condemn prostitution on moral grounds. (In July, one in five presenters at the Department of Justice committee hearings on C-36 had evangelical connections.)

“This is a moral crusade, dressed up as concern for women,” suggests Ferguson. “If we look at Canada’s attention on trafficking over the past ten years, it’s telling that our total focus has been on sex trafficking.” In comparison, he explains, there is little discussion of the people who are trafficked into the fisheries, farms, and factories that are sites for forced labour across North America. “There are parallels here to the white slavery scandals of the nineteenth century, about salvation from sin,” he says.

As C-36 supporters shift the conversation and devote more resources to fight human trafficking, a troubling irony emerges. “NGOs define all sex workers as victims, but only offer help to those who accept that definition,” says Sarah Hunt, a researcher and activist in BC who specializes in violence and justice issues and works with Indigenous women who are involved in the sex trade. Those who refuse the label of victim—as Sayers did—are not just ignored, but vilified. In the Twitter trenches, full-scale PR wars rage on: those in the sex trade are accused of being naive to their own exploitation, while sex workers fire back under the hashtag #NotYourRescueProject. Hunt is especially concerned that legislating the rescue of sex workers could do more harm than good, because it requires those so-called victims—who may be Aboriginal, migrant, transgendered, racialized, or poor—to seek redress from the same legal-judicial system that has historically criminalized them.

In August 2012, Sayers’s friend Alex was found dead in the house she shared with her partner; the police later ruled her death a suicide. Sayers was still grieving the loss when she came across a story on the London Free Press website about human trafficking. It quotes a survivor who uses the pseudonym Stacey and sits on the London Anti-Human Trafficking Committee, through which she tries to help other women who were trafficked. “The hardest part is losing them,” she told the reporter, outing Alex by referring to her by her real name. Sayers, who does not believe her friend was a victim of trafficking, posted a response to the story: “Please do not use my best friend’s suicide/death as a pawn to your political game.”

The next day, more comments appeared online. “You’re in denial if you don’t think your friends death wasn’t directly related to trafficking,” read one response to her comment. Another asked: “Whether she sensationalizes her story or not…what are YOU doing to stop human trafficking? ” Sayers was in the midst of preparing a paper for an undergraduate women’s studies conference on the colonial roots of human-trafficking legislation. “Please be critical of where you are reading the information,” she later implored in a blog post about Alex and the moral panic surrounding trafficking. She advised her readers to consider “who is presenting the information.”

Alexandra Kimball contributes regularly to Hazlitt and has been published in the Guardian, Toronto Life, and The Walrus.