Ask a Weather Expert: Is the Humidex Just Hot Air? | The Walrus
Skip to content 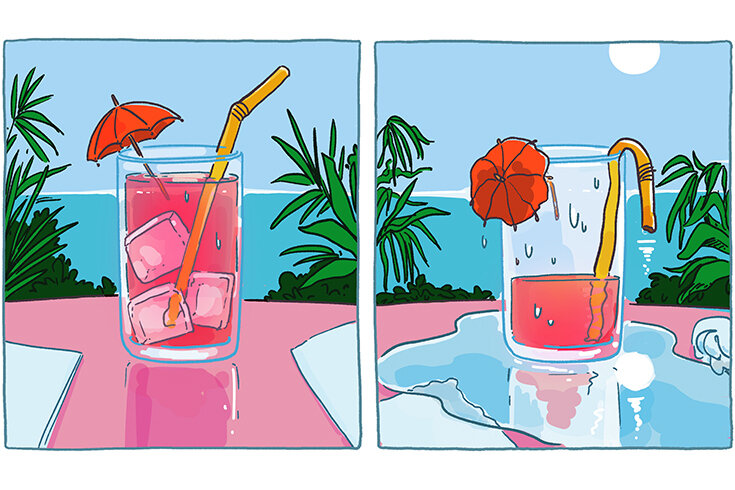 Canadians are credited with gifting the world pacemakers, basketball, and injectable insulin. Among the nation’s lesser-known innovations is the humidity index, or humidex. Introduced in 1965, this Canada-specific calculation is the reason the weather forecast gives different numbers for what the temperature really is versus what it feels like. But it’s also been a point of contention among experts, some of whom say it’s flawed. Should we pay attention to the humidex? We asked Frédéric Fabry, an associate professor jointly appointed to McGill University’s department of atmospheric and oceanic sciences and Bieler School of Environment, to untangle the debate.

What is the humidex and why do we use it?

Historically, meteorologists focused their efforts on simply forecasting the weather. But they quickly realized that there needed to be a warning system in place to account for threats. The goal of the humidex—which uses a combination of temperature and humidity to try to calculate how much discomfort a person might experience in the heat—is to alert people of one of the dangers of summer weather.

Our body has several mechanisms to try to maintain a temperature around thirty-seven degrees. When it surpasses that, we sweat, which evaporates to carry heat away from our bodies and help us cool off. If the air is saturated with humidity, it won’t accept any more water from our skin, so sweat can’t evaporate as easily and we end up feeling warmer. As that discomfort progresses, it can lead to fever and, in extreme cases, internal organ failure. That’s why people die during heat waves.1

Why is the humidex so ­contested?

There are several factors involved in determining what temperatures actually feel like, including clothing, how sunny it is, and the wind—all of which are not accounted for in the humidex. The formula used to calculate humidex, derived in Canada in 1965,2 doesn’t work as well for the 2020s. Clothing in particular plays a huge role in how a person’s sweat evaporates: wearing tweed in the summer, for example, feels different from wearing a T-shirt. And the way we dress has changed quite a bit in the past half century. Physiologically, there are also people who are better adapted for shedding heat than others. Because the humidex doesn’t capture all of the relevant factors, it can’t be 100 percent accurate, and as a result, it loses credibility.

What are the consequences of having less faith in the humidex?

In the summer, the humidex gives numbers that are higher than the actual temperature while the wind chill index—which is based on loss of heat from a person’s face—gives numbers that are lower. Some might interpret that as meteorologists trying to make the weather seem worse than it actually is. But, when these warnings aren’t taken seriously, people put themselves at risk.3

In parallel, Canadian infrastructure is better designed to deal with cold than heat. For example, if there’s a big snowstorm in Halifax, people are probably going to complain, but then they’ll clear their driveways and forget about it a few days later. If that same snowstorm hit Washington, DC, the city would probably close down for five days. Conversely, if there’s a heat wave in Washington, it would be unpleasant, but most places have air conditioning. That same heat wave in Halifax would likely result in deaths because people aren’t equipped to deal with extreme heat.

If you warn people about humidity, they can devise ways to cope with it, like staying inside and finding ways to stay cool.

1. Last summer, when temperatures in parts of BC reached a record high of 49.6 degrees, 595 people died of heat-related causes.

2. Windsor, Ontario, held Canada’s humidex record for more than half a century, with a high of 52.1 from June 1953. Carman, Manitoba, surpassed that number in 2007, hitting a humidex rating of 53.

3. Researchers have estimated that, by 2080, extreme heat waves could have a one-in-six chance of happening every year in western North America.