Ask an Environmental Expert: What’s the Carbon Footprint of the Internet? | The Walrus
Skip to content 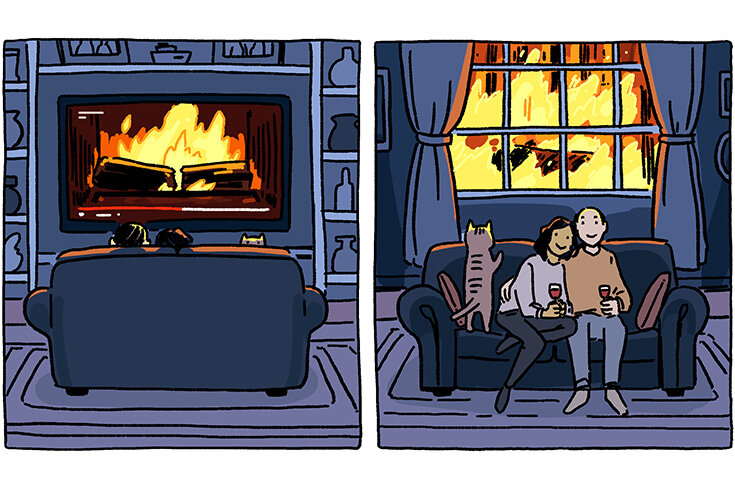 When it comes to our growing carbon footprint, it’s easy to blame cars, agriculture, or factories. But what about the internet? Since the start of COVID-19, screen time has, by some estimates, increased between 60 and 80 percent for most adults,1 and it turns out that there’s a lesser-known impact of all those extra hours spent watching Netflix. To learn how our digital habits affect the environment, we turned to Laura Marks, a professor at Simon Fraser University who researches the environmental impact of streaming.

What happens behind the scenes when we stream audio or video?

Streaming has a material aspect we don’t see. We have our devices in front of us, but there are data centres and servers that store the files we’re viewing or listening to2 as well as underground and satellite networks that transmit them—all of which are completely out of sight but require large amounts of electricity to operate. That’s bad for the environment because, currently, about 80 percent of our global energy comes from fossil fuels. Even though Canada uses a lot of renewable energy sources, many of the servers and networks we’re accessing are located in countries that don’t.

How does the internet’s carbon footprint compare to those of notorious polluters like airlines?

One estimate found that the greenhouse gas emissions created by data centres, networks, and our devices—including phones and computers—is as high as 3.8 percent of the global total, and it’s expected to grow. The airline industry, by comparison, is responsible for about 2.1 percent.

When live meetings or events are replaced by video conferencing, is energy conserved?

There have been many studies on how substituting online activities for travelling could affect energy usage. Initially, there tends to be a decrease, but as new habits set in, we start to see an increase. For example, people who attend an online conference instead of flying there are more likely to choose vacation destinations that require a plane to get to. Similarly, people who don’t commute may be more likely to use their cars for other things. People tend to substitute their habits, so there’s no guarantee more streaming-based services will result in decreased energy use.

There’s been talk of achieving net neutrality, or equal internet for everyone. Is this a sustainable idea?

Net neutrality is problematic because one of its goals is for every household to be able to stream at high resolution.3 The higher the resolution, the larger the storage and the more network capacity needed. That’s what’s going to send energy consumption through the roof, especially with expanding worldwide consumption. Already it’s been estimated that, by 2030, internet usage of all kinds could make up as much as 8 percent of global carbon emissions.4

What needs to happen to change that trajectory?

A switch to non-fossil-fuel energy sources—but I don’t think that will happen fast enough. Instead, we need to change our habits. One of the easiest things people can do to tackle internet overconsumption is to use lower resolution, which can be perfectly practical when using YouTube for music or streaming TV shows for kids.

For music and movies you’ll listen to and watch repeatedly, it’s a good practice to purchase the file for a single download or buy a physical copy. There’s been renewed interest in vinyl and CDs among young people who didn’t have them the first time around, so I’m really hoping the cool factor of physical media kicks in.

1. A report by Sandvine found that global internet traffic increased by nearly 40 percent during the first few months of the pandemic.

3. According to data by Comparitech, 91.9 percent of Canadian internet users stream TV shows and movies.