Gord Downie’s Path to Reconciliation | The Walrus
Skip to content 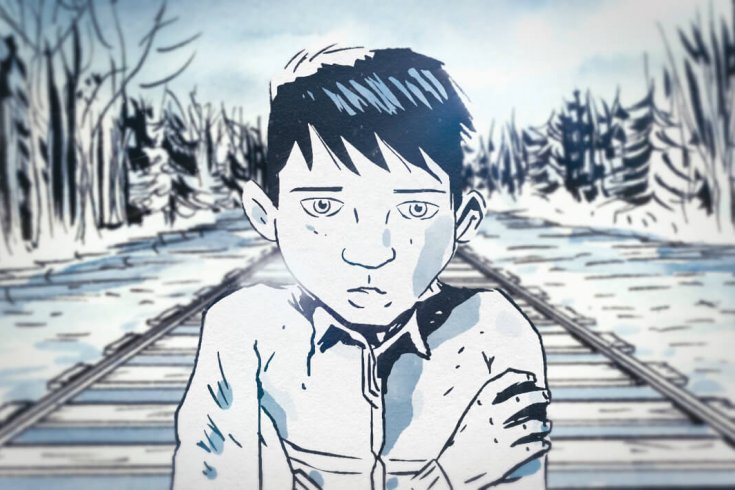 The Tragically Hip’s final concert this past August felt like a valedictory to a country that they understood better than anyone. Millions of fans watched as the Hip played us through touchstones of Canadian history and identity—the FLQ crisis (“Locked in the Trunk of a Car”), the disappearance and death of the Maple Leafs’ Bill Barilko (“Fifty Mission Cap”), the boundary between eastern and western Canada (“The Hundredth Meridian”).

Yet while a full one-third of the country tuned in to watch, a sizeable portion of others felt disconnected from the predominately white and rural Canada that the Hip’s front man, Gord Downie, has written and sung about for decades. Among them were at least a few Indigenous people who, despite being the country’s prior residents, didn’t figure into its folkloric past.

Downie’s latest—and perhaps last—solo project aims to change that. Entitled Secret Path, it tells the story of Chanie Wenjack, a twelve-year-old-boy who ran away from residential school in Northern Ontario and died on his journey home. Originally conceived as ten poems, it has since expanded into an album, a graphic novel, and a one-hour CBC special that will air this Sunday—the fiftieth anniversary of Wenjack’s death.

The timing is not incidental: as his brain cancer progresses, Downie has embraced reconciliation as his end-of-life’s mission, tackling it with an urgency and energy that has largely been absent among Canada’s public figures, and using his increased cultural capital to raise awareness. But what does it mean that the troubadour of white Canada has taken it upon himself to embody the spirit of reconciliation?

To the extent that Downie has shaped white Canada’s perception of itself through his music, he is also the best ambassador to deliver hard truths to them.

Without considering Secret Path’s merits as an artistic project, there is something jarring about a group of white artists—Downie, with Broken Social Scene’s Kevin Drew and producer Dave Hamelin, plus graphic novelist Jeff Lemire—telling one of the most heartbreaking stories of the residential school era. Part of this is precedent: There is a long history of Indigenous people having their history and culture explained back to them, refracted through the lens of white settlers. If this story were not handled carefully, it would be easy to depict the Canadian Indigenous experience as one of perennial victimhood, at least as pernicious and dehumanizing a stereotype as that of the “savage.” Even sensitive portrayals of First Nations, Inuit, and Métis have become something of a brass ring among white journalists and artists, a rung on the ladder to mainstream credibility after which these communities can be ignored once more.

Secret Path isn’t like that. The respect and earnestness comes across in the art, but also in the documentary footage bookending the special. “This is what I want to do,” Downie explains at the beginning, as they fly into Ogoki Post to meet Chanie Wenjack’s family. “Nothing else really matters to me.” Watching him cry later at Chanie’s grave, his face and body sunken from illness, it’s hard not to believe him. The music of Secret Path is haunting; Downie’s voice is alternately vulnerable and vengeful as he narrates Chanie’s long walk down the railroad tracks, set over a mix of acoustic guitar and electronics and complemented by Lemire’s bleak pictures of stripped trees and the indignities of residential school life. It’s an affecting, sensitive treatment—Secret Path’s reception among Indigenous people and commentators has been almost universally positive.

Yet there is still a question as to why Gord Downie has become the person through which this history is mediated. There are a number of Indigenous artists who have addressed the legacy of residential schools and reconciliation, from Tomson Highway’s Kiss of the Fur Queen to Agnes Grant’s Finding My Talk. Just this week, Inuk musician Tanya Tagaq released Retribution, a visceral album that rages against the exploitation of women, Indigenous people, and the land. Comparatively, Secret Path feels like a gentle history lesson. So why is it that Downie’s narrative is getting the most attention?

The fact is white people tend to listen to white people. But to the extent that Downie has shaped white Canada’s perception of itself through his music, he is also the best ambassador to deliver hard truths to them. If everyone in our country were as committed to the project of reconciliation as Downie clearly is, Secret Path would simply be a raw, moving piece of art. As it stands, it feels like something invested with a much grander purpose. More than a year after the Truth and Reconciliation Commission released its report recommending that Canada address its foundational sin, the process feels as though it has stalled, and the Trudeau government’s words and promises have not necessarily resulted in change—a bitterly familiar experience for many Indigenous people. But politicians are ultimately responsible to the electorate, and perhaps they sense that, for many Canadians, reconciliation is a platitude rather than an imperative.

With his hats and southern Ontario bona fides, Downie is an incongruous choice to bring together white and Indigenous Canada—but right now, he’s doing the work that many of us are unwilling or unable to do. And if he can change Canada’s perception of itself with this project the same way he has mythologized the more familiar elements of its settler past, we may be more willing to confront both our history and its ongoing effects. Near the end of the CBC special, Chanie Wenjack’s sister, Pearl, talks to the camera as she looks out over the woods. She’s trying to come to terms with the fact that, after decades of neglect, her brother’s story is getting a national audience. “[Gord] is the right person to tell the story,” she says, “because the Creator chose him. We didn’t. I didn’t. I’m glad it was Gord.”

* An earlier version of this article incorrectly spelled the name of singer Tanya Tagaq.