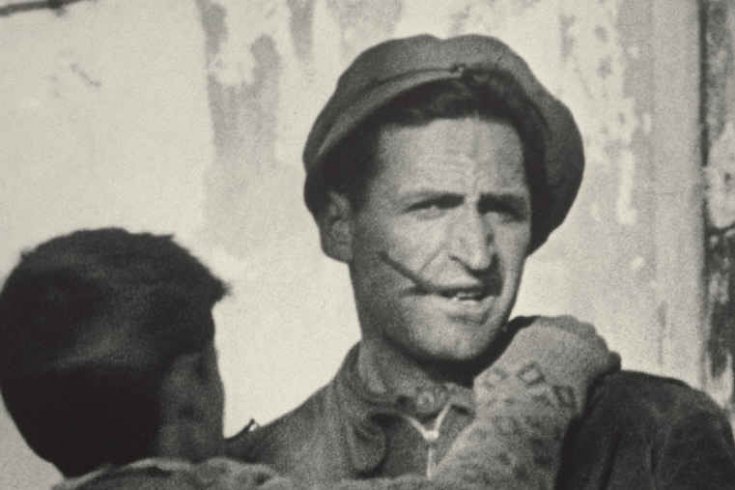 Cover of Spain in our Hearts/PEN Canada

In 1936, two months after the beginning of the Spanish Civil War, communist politician Dolores Ibárruri traveled to Paris, where she begged the French to arm Spain’s Republicans against General Franco’s fascists. “It is Spain today,” she said. “But it may be your turn tomorrow.”

And so it was. As US historian Adam Hochschild writes in his outstanding new book, Spain In Our Hearts: Americans In The Spanish Civil War, “Half a dozen years later, the very arena where she spoke, the Vélodrome d’Hiver, would be filled with 13,000 French Jews, including 4,000 children, on their way to Nazi death camps.”

The Spanish Civil War is an obscure subject for many contemporary readers, though it shouldn’t be. In its ideological underpinnings, and in the hideous methods used by the combatants (especially the fascists), it was a miniature dress rehearsal for the Second World War. In the mid-1930s, The New York Times alone published more than 1,000 front-page articles about the conflict. Almost 3,000 Americans went to fight in Spain—about a quarter of whom never came back. For the 1,500 Canadians who formed the Mackenzie–Papineau Battalion, the casualty rate was even higher. In a 2001 speech marking the unveiling of an Ottawa monument in the Battalion’s honour, then-Canadian governor general Adrienne Clarkson noted that “except for France, no other country gave as great a proportion of its population as volunteers in Spain than Canada.”

Hochschild—who will appear on stage tomorrow with David Bezmozgis, at a PEN Canada benefit at Toronto’s International Festival of Authors—brings the history of 1930s-era Spain alive through the lives of individual fighters. (The word “soldier” isn’t the right word to describe the highly motivated, but poorly trained amateurs who formed the bulk of the International Brigades.) This was an extraordinary time for Spain, because, as the author notes, the impoverished, backward, agrarian nation was simultaneously experiencing “both a right-wing military coup and a left-wing social revolution.” And so while Republican fighters were manning the front lines against Franco, their non-combatant comrades were forming workers’ committees, hatching plans to rid the country of money, tearing the plush seats out of first-class trains so that everyone could ride together on third-class benches, and debating with anarchists about whether government would follow the path of Marx—or dissolve altogether.

But behind the façade of worker solidarity lay the sinister hand of Soviet-backed secret police, who ruthlessly exterminated anyone in the Republican ranks suspected of Trotskyist sympathies (including, eventually, the POUM activists whom George Orwell joined, as described in his 1938 masterpiece Homage to Catalonia). In an interview with me last week, Hochschild argued that the main reason the Republicans lost was because Western democracies failed to provide them with modern armaments. But he notes that cutthroat infighting among leftists made a bad situation worse. All in all, about a quarter million men, women and children were executed during the Spanish civil war. About 50,000 of these deaths occurred in areas under Republican control.

This is Hochschild’s eighth book. And at age seventy-three, he writes from a distinct vantage point. “For more than half a century now, many members of my own political generation have been strongly opposed to war, and especially to American intervention in the civil wars or internal affairs of other countries, whether in Vietnam, Nicaragua, El Salvador, Iraq, or almost anywhere else,” he writes. “Yes most of us have long thought the world would have been better off if our government had not stood aside from the Civil War.”

This passage presents a fascinating what-if: The Spanish Civil War was an early crucible of fascist military and political mobilization. Mussolini’s Italy and Hitler’s Germany both poured in propaganda and weaponry. Franco’s final victory, months before the Nazi invasion of Poland, cast fascism as the way of the future. Yet British, French, and American politicians and corporate leaders at the time were more suspicious of Spain’s militant labour movement than of Berlin’s goose-steppers. Certainly, our own prime minister, W. L. Mackenzie King, was positively besotted by Hitler, writing in his diary that the Führer “will rank some day with Joan of Arc among the deliverers of his people.” One is reminded of Donald Trump’s views on Vladimir Putin, whose warplanes have been helping Bashar Assad exterminate the residents of Aleppo.

Indeed, much of Hochschild’s narrative reminded me of the Syrian bloodbath. Like the Islamists of ISIS and the al-Nusra Front, Franco was a sadistic, anti-Semitic bigot, who sought to turn back history to what he imagined was a more glorious age. His desire to “cleanse” Spain of human pollutants was motivated by bizarre conspiracy theories involving Freemasons, and he explicitly instructed his soldiers to unleash terror on innocent people. The hideous acts of slaughter and mass rape unleased against pregnant women and children were just as bad as the Youtubed acts of murder committed by today’s jihadis. At the very least, the most horrible scenes in Spain In Our Hearts remind us that Muslims have no monopoly on senseless violence.

Yet there is some silver lining here. For Spain now—just eighty years after the events described in this book—is as civilized, peaceful and humane a place as one may find anywhere in Europe. Seen in this way, Hochschild’s book does not just give us a beautifully written of an important military conflict. It also provides hope that great historical traumas do pass, and that the nations now seen as bywords for human savagery may one day beat their swords into plowshares.