From Torture to Table | The Walrus
Skip to content

When a review copy of Project Animal Farm landed on my desk this past summer, it didn’t strike me as a book that would change my life. Or anyone’s. The introductory material explains that Pakistani-Canadian author Sonia Faruqi is an Ivy League vegetarian who lost her job on Wall Street amid the subprime mortgage meltdown and then moved back to Toronto, where she developed an interest in farming practices. Put another way: she’s an overeducated dilettante experiencing a premature mid-life crisis.

Turns out I was half-right. Yes, Faruqi is an upstart. But once you read her book, it becomes obvious that her early naïveté was what made her shockingly successful as an investigator. Prominent researchers in the field of animal rights typically spend years cultivating sources. Faruqi took the opposite approach: she cold-called Ontario farmers and slaughterhouse workers, pestering sources to the point of exhaustion. Eventually they let Faruqi into their homes and businesses, and told her their secrets.

But even after she got through the gates, she faced the same challenge as any author looking to blow the lid off this industry. To write accurately about the sausage factory or large-scale turkey farm is to nauseate one’s reader. Worse than the nausea is the guilt. Since few of us have the discipline to give up meat altogether, we choose instead to avert our eyes. In a way, it’s harder to read about the brutalization of livestock than of humans, because we don’t put humans in Happy Meals.

This explains why animal cruelty is subject to such a powerful taboo. In my newspaper career, I worked under a publisher who plainly told me that this was the one issue his staff was forbidden to touch. As Faruqi puts it, “Certain forms of enjoyment are dependent on drinking a drug of ignorance.”

Project Animal Farm penetrates our psychological defences, because Faruqi’s compendium of horrors is interwoven with the deadpan story of her own bizarre, mortifying, often hilarious interactions with a rolling cast of characters. Just when you can’t bear to read about one more severed windpipe, Faruqi describes a meat packer’s awkward advances or the odd prevalence of vegetarianism in the livestock industry. At one point, the author actually boards with one of the families she studies—a two-week social experiment she describes as “disastrous.”

Faruqi couldn’t drive a car: in New York, she had always relied on cabs. Her modus operandi in the country was simply to show up at train stations, wander into adjoining cafés, and ask complete strangers for a lift. Far from treating the urban interloper with racist contempt, locals used her as a sounding board for all their bitter professional complaints. One slaughterhouse employee, Nader, removes his gloves to show Faruqi the toll taken by endless gouging and slashing: “Both his hands—wrists to fingers, palm and back—were crisscrossed with a quilt of scars . . . but his mind was even more bruised than his body. ‘I’m on a lot of meds,’ he said, pointing to his head. ‘If I don’t take my meds, things get messy.’ ” The hot dogs we call out for at the baseball game, the chicken nuggets we feed our children, the turkey we cook at Thanksgiving: they’re all made by broken people.

Transparency is a great theme of our age. When we buy food, we demand to know every ingredient, down to the ones we can’t pronounce. But industrial meat operations are closed-door. “I don’t let people inside my farms,” a fifty-four-year-old pig and turkey farmer tells Faruqi flatly. And with few exceptions, other industrial veterans don’t either. Under Canadian law, dairy operations generally are permitted to house calves any inhumane way they please. Egg producers stuff their chickens into so-called battery cages—eight-floor avian cell blocks not unlike massive upright coffins. Hog farmers keep 225-kilogram sows trapped in crates so claustrophobically small that their flesh extrudes through the bars on one side and their legs poke into their neighbours’ flesh on the other. Those raising turkeys supersize their birds’ breasts to the point that they topple over into the mud. Each chapter brings a new species of cruelty—so much so that the author sometimes seems almost at the point of mental collapse. “Animal farms were an assault on all my senses,” she writes. “The sows especially—their head-banging against their crates, their ringing screams, the fecal fog—I could not get them off my mind. The sights, sounds, and smells of factory farms haunted me.” I suspect any normal person would have the same reaction.

Project Animal Farm concludes with eight policy recommendations, including greater regulation; a shift from factory farms to pastoral operations; and an end to battery cages, sow crates, and veal calf enclosures. (In some cases, she takes inspiration from Europe, which is ahead of North America in regulating the treatment of farm animals.) Critically, Faruqi urges the wholesale reform of our inspections regime. Canadians would be shocked to learn that most slaughterhouse inspectors are paid by the slaughterhouses themselves, and have little incentive to actually inspect anything. Consider one checked-out inspector, Maara, who Faruqi sees blithely thumbing through her email while a sadistic thug performs horror-movie barbarism on a parade of damned creatures. (“If an inspector shuts down a plant,” a farmer tells Faruqi at one point, “they’re out of a job.”)

Until government officials take on the industrial food giants, can enlightened carnivores get their meat fix from beasts that have not spent their lives at what are, in effect, animal concentration camps? Very much so, if those consumers are willing to be careful about what they buy. Faruqi cites her experience at more pastoral farms, including one near the village of Keene, Ontario. “We raise pigs, sheep, and cows outdoors, as they’re meant to be raised,” the family tells her. “That’s because we believe that all animals should be raised with freedom.”

But for non-specialists, finding torture-free meat can be maddeningly difficult. At upscale butchers, there is an alphabet soup of designations: organic, free-range, free-run, GMO-free, antibiotic-free, corn-fed, naturally raised, halal. These standards are not entirely meaningless, but none of them will assure you that the cut of meat going into your shopping bag wasn’t subject to the sort of nightmares Faruqi describes.

And so, once I’d finished Project Animal Farm, I contacted the author directly through her website. “I want you to come shopping with me,” I wrote. “I need you to help me find ethical meat.”

To my surprise, she agreed. A few days later, on a sunny Saturday afternoon, we went stall to stall at the St. Lawrence Market, in downtown Toronto, inspecting packaging, writing down contact information, questioning farmers. How are your animals raised? What do you feed them? How much space do you give them? Do you let them see the sun?

We also pulled up the farmers’ websites on our smartphones (though experience has taught Faruqi to treat those happy online images with a healthy dose of skepticism). After about thirty minutes of browsing, I found a stall run by a couple who seemed like the real deal—two Mennonites raising pigs and game birds just two hours outside Toronto. (They even invited me to visit their farm and to write about it.)

With Faruqi’s help, I came away from the market with a week’s worth of meat. It didn’t cost much more than what I would have paid for a bunch of packages hauled out of the freezer at a big-box supermarket. And it tasted better, too. Project Animal Farm didn’t turn me into a vegetarian. But it made me realize that a thinking person can enjoy food only when there’s no aftertaste of suffering.

Hudson Christie (hudsonchristie.com) is a Toronto illustrator whose three-dimensional works have been featured in the New York Times and The New Yorker. 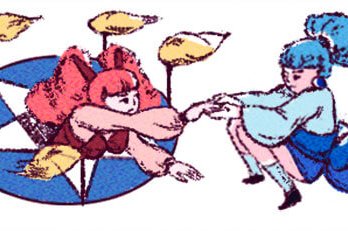