Even Cooler than Dinosaurs | The Walrus
Skip to content 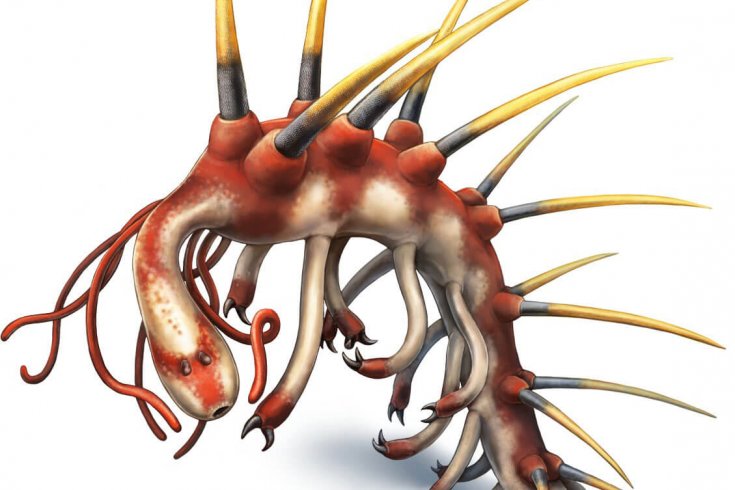 You’ve heard of Triceratops. You’ve heard of Velociraptor. If you have children, chances are there’s a Tyrannosaurus rex costume packed away in your Halloween trunk. Dinosaurs have been extinct for 66 million years. Yet on movie screens and lunch boxes, they live among us.

The British scientists who first began assembling fossilized dinosaur bones were awestruck by these long-dead monsters. “Grewsome beasts they seem to be,” wrote Charles Dickens. “Even if the pre-Adamite man is ever proved to have been existing at that epoch, we cannot imagine his wife making pets of them, or his children ­liking to have them hung about the house in cages, they have such a family likeness to the evil spirits who beset Aeneas or Satan in an old illustrated Virgil or Paradise Lost.” Dino­mania persists to this day because generations of children (and I speak here from experience) turned these thunder lizards into battlefield archetypes. Triceratops is the gentle agrarian, roused to battle when marauders strike; Velociraptor, the ninja; Tyrannosaurus rex, their great and evil overlord.

Still, even the most grewsome beasts can become old hat. No matter how much CGI artistry gets pumped into Jurassic Park films, Tyrannosaurus rex will forever remain a slavering jawbone on legs: there are ­only so many ways he can eat you. Yes, Jurassic World did well at the box office. And yes, a fifth film is in the pipeline for 2018. But I predict it won’t be long till ­dino ­fatigue sets in.

So, if not dinosaurs, what creatures will populate the imaginary worlds of our grandchildren? One contender is a plucky fellow called Hallucigenia sparsa—an organism with seven to eight pairs of claws that descend from one side of its long tubular axis and a row of spikes extending upward. Its geometry was so bizarre that, until recently, experts couldn’t agree which side of the creature was up.

But new research, conducted in part by the Royal Ontario Museum’s curator of invertebrate paleontology, Jean-Bernard Caron, has helped nail down Hallucigenia’s form—all fifteen fearsome millimetres of it. “When we put it into the electron microscope, we were delighted to see not just a tiny pair of eyes looking back at us, but also beneath them a really cheeky semicircular smile,” said Caron’s collaborator, ­Martin R. Smith of the University of ­Durham. “It was as if the fossil was grinning at us at the secrets it had been hiding.”

The creature comes with a Canadian pedigree: Caron and Smith unearthed their fossil at the Burgess Shale site in British Columbia’s Yoho National Park. Yet few Canadians have heard of Hallucigenia, and coverage of the latest discoveries has been relegated to the back pages. I suspect this is because Hallucigenia lived 500 million years ago—long before dinosaurs ruled the Earth. This sort of “early life” (as Caron calls it) traditionally has been treated as an obscurity by museums and science journalists.

Thankfully, however, that may be about to change.

At his offices last month, Caron let me inspect his collected fossils—some of which will be displayed in the ROM’s planned Dawn of Life gallery. Though the exhibit won’t open until 2017 (at the earliest), the museum already offers a preview in the form of stunning 3-D printouts of early-life creatures. Stars include Dunkleosteus intermedius, a nine-metre-long aquatic monster that Aeneas himself might have feared. And Caron is on the lookout for more. In January, he co-published a report in the science journal Cell on newly ­discovered specimens of Waptia ­fieldensis, an ancient shrimp-like creature that tucked its eggs under its shell.

With dinosaurs, the historical narrative is simple: they ruled the earth until an asteroid hit—then they were gone. With early life, the story is more complicated. Some of the creatures Caron studies ended up as evolutionary dead ends. Others adapted, thrived, and evolved, leading to the creation of new species that populate the earth today—including humans. (By way of example, Caron and his co-author note that Waptia’s newly discovered egg-transport technique offers a key insight into “the early evolution of parental care in arthropods.”)

These days, Caron is big in Japan, where the public broadcaster NHK has aired a massive multi-part documentary on ­early life. Japanese media call him regularly, seeking comment about his latest discoveries. On the day I visited him, Caron had just returned from Tokyo, where he’d stocked up on cartoon books and ­button-cute plush toys dedicated to ­Opabinia, Nectocaris, Anomalocaris, and all manner of other early-life creatures.

From a glimpse of Caron’s fuzzy cornucopia, I could see why Japan’s toymakers see potential in early life. Giant dinosaurs really came in only three or four basic shapes. But half a billion years ago, natural selection was producing all manner of bizarre animal prototypes.

While I’m no paleontologist, I know a marketing gold mine when I see one. Jurassic Park is well-trodden earth. The Cambrian playground remains terra incognita.