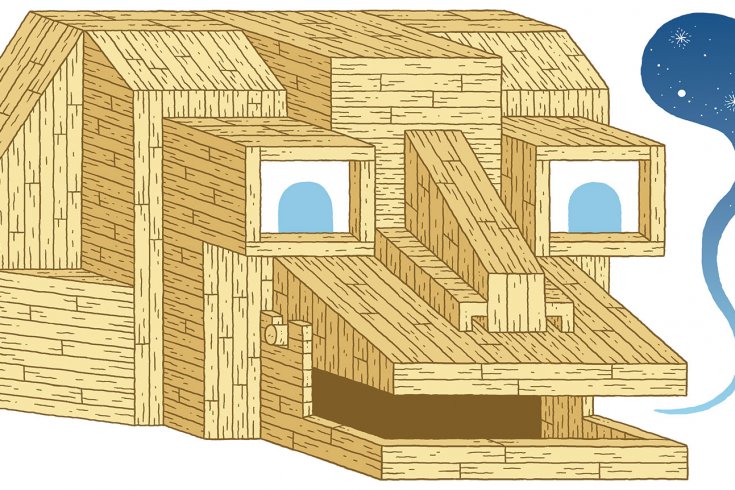 The Walrus Foundation’s mission statement asserts that our mandate is to promote debate on matters vital to Canadians. This magazine is one way we do it—but it is only one. On September 16, for example, close to 450 people attended an event at Calgary’s Theatre Junction Grand called the Walrus Talks Philanthropy. It was the twenty-fourth in a series, launched in 2012, in which almost 200 speakers—academics, artists, athletes, authors, business leaders, poets, politicians, and proselytizers of all stripes—have exchanged points of view on subjects as varied as water, the future, energy, and the art of conversation. Since their inception, the Walrus Talks have attracted 13,000 Canadians in cities from Victoria to St. John’s, Newfoundland. There will be at least fifteen of these events in 2015.

The Walrus Talks share The Walrus magazine’s focus on Canada and its place in the world, and, like the magazine, they are curated with care. The events team, led by David Leonard, chooses subjects that are both relevant and timely. They scour the country for speakers—typically eight per event—who have something thoughtful to say. Each speaker gets seven minutes, just long enough, as Leonard says, “to make something big small, or something small big.” We allot time afterward for conversation and refreshments, and finish early enough to allow attendees to get home for the late-night news. Walrus Talks are live streamed and then archived at thewalrus.ca, which means they are accessible to anyone, anywhere, anytime. I, for example, watched the Calgary event the next day in my office in Toronto.

As it happens, Calgary was the birthplace of the Walrus Talks. The inaugural topic was the art of the city, and the speakers included photographer Edward Burtynsky, scholar Aritha van Herk, author and journalist Chris Turner, philosopher Mark Kingwell, artist and novelist Douglas Coupland, writer Lisa Moore, and author and broadcaster Noah Richler. Twenty minutes before the scheduled start, someone informed Leonard that the theatre’s audiovisual system was on the fritz—a catastrophe since five of the seven speakers were planning to use the projector. What to do? With the clock ticking, a search began for a replacement system. When one was located nearby, someone ran out to get it. In the end, the doors opened ten minutes late, but disaster was avoided—if only just.

Fortunately, there was no such drama on September 16, although the event was charged in other ways. The cast included strategist Lorna Crowshoe, social entrepreneur Craig Kielburger, educator and civic leader Lucy Miller, former NHLer Sheldon Kennedy, medical researcher Samuel Weiss, Aboriginal activist Casey Eagle Speaker, and poet Mustafa Ahmed. Some of them spoke with palpable emotion. But for me, the most powerful was physician, author, and humanitarian Samantha Nutt, the founder and executive director of War Child Canada. Hers was a talk rooted in reason. Describing the adverse if unintended consequences of well-meaning but naive philanthropic gestures, she pointed out, by way of example, that sending used clothing to Africa results in loss of employment for local textile workers. Poverty, she said, is complicated, as are its solutions. And then she threw down this provocative challenge: “Don’t give to charity. Give to change.”

The Walrus Talks are now a big part of what Shelley Ambrose, the executive director of the Walrus Foundation, refers to as Planet Walrus, which also includes tablet and mobile editions of the magazine, Walrus ebooks, Walrus TV (on the Canadian Smithsonian Channel), and a popular podcast. I prefer to think of the Walrus Foundation as an ecosystem, because as a metaphor it suggests more explicitly that our component parts—including this magazine, which is now read by some 300,000 people—are inextricably interconnected. Everything we do nourishes everything else we do, and—although it is only implied in our mission statement—all of it is about making Canadians better citizens.

John Macfarlane is the editor and co-publisher of The Walrus.
Jesse Jacobs