Does Canadian Media Have a Right-wing Bias? | The Walrus
Skip to content 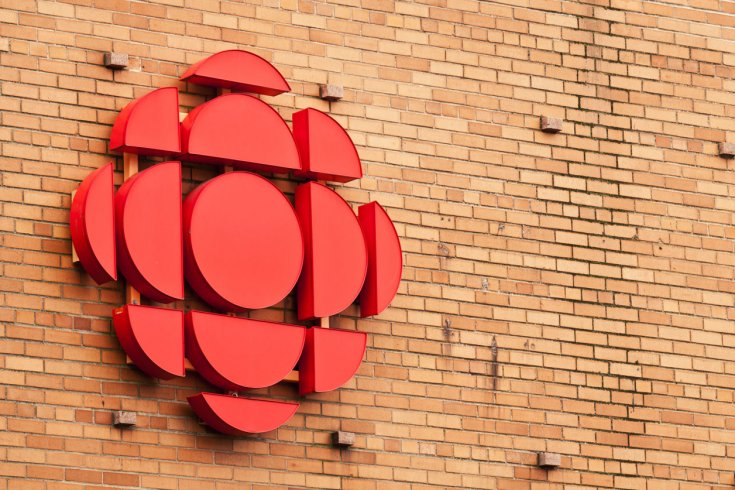 When CBC journalist Hannah Thibedeau tweeted last week that Gavin McInnes would be her guest on Power and Politics, the CBC’s daily news show, it was clear to everyone but the show’s host and producers what would happen next. McInnes, a Rebel Media personality who achieved notoriety earlier this year for an anti-Semitic video rant he posted entitled “10 Things I Hate About Jews,” was brought on to lend context to a group he founded called “The Proud Boys.” Five of them had disrupted a ceremony in Halifax on Canada Day.

At a small gathering, Gitxsan elder Chief Grizzly Mama shaved her head in symbolic protest at the base of a controversial statue of Edward Cornwallis, the founder of Halifax who offered a bounty for the scalps of Mi’kmaw warriors. The Proud Boys confronted those attending, declaring “this is a British colony” and other expressions of what they call “Western Chauvinism”—a belief system that opposes the advances in civil, Indigenous, and women’s rights over the past fifty years.

Thibedeau was unready for McInnes’s bravado. “Can you see why Cornwallis issued a bounty on Mi’kmaqs?” he asked the shellshocked host. McInnes first tried to justify the bounty as self-defence, then lied that no one collected on it anyway. He also repeatedly mispronounced “Mi’kmaq”—a mundane but biting way to express disdain for Mi’kmaw people. Everything went uncorrected.

Thibedeau made a statement at the beginning of the next day’s Power and Politics episode. She admitted that the interview should have mentioned that McInnes had expressed “anti-Jewish sentiments” and conceded that the show probably should have, at least, featured someone who is Indigenous.

McInnes’ appearance shows just how easy it is for a right-wing extremist to get on Canada’s public broadcaster: outlandish, counterfactual statements provide the “balance” of a conservative voice. In spite of, or perhaps because of, claims that the mainstream media is a bastion of liberal ideas, the range of political views involved in mainstream discourse often skews to the far right rather than the left.

Take former Conservative leadership candidate Kellie Leitch, who proposed screening immigrants for “Canadian values” in order to make waves in a leadership contest she had no hope of winning. Journalists obsessed over Leitch’s campaign and her policies. She finished the Conservative race with less than 8 percent of the vote.

Contrast Kellie Leitch’s coverage to that of Niki Ashton, who stands a good chance of becoming the next NDP leader. She got more press when she announced her pregnancy than when she proposed income tax increases on corporations and the wealthiest 5 percent.

Besides politicians, far-right pundits are routinely welcomed by Canadian media. Late last year, the CBC broadcast a much-hyped, ten-minute sit-down interview with Ann Coulter, who has argued that America should invade Muslim-majority countries and convert them to Christianity. University of Toronto professor Jordan Peterson, who is best known for refusing to use gender-neutral pronouns despite the wishes of his students and colleagues, has consistently made the news, most recently with regard to the crowdfunding account that props up his six-figure salary. Conservative columnist Barbara Kay had a seat on CBC’s panel show, Because News, until she was eventually let go after saying things on Twitter like “TRC did not allow witnessing from anyone w positive #residentialschools experience.” (She retains her column at the National Post.) Just this past week, CP24 in Toronto gave an anonymous Holocaust denier five minutes of airtime to justify his views before they stopped the interview.

Maybe threatening to deport refugees and contempt for First Nations attracts more viewers than health care, education, and housing for all. But the left can provoke and stimulate too, it just doesn’t get the call—at least not in Canada. A widely shared 2015 article in The Nation made the argument to abolish the police force. Here in Canada, Toronto Star columnist Desmond Cole quit after he was scolded for protesting the continued reliance on “carding” data—information collected through the discriminatory and discredited practice of stopping citizens who had committed no offence—by Toronto police. The argument given for Cole’s censure was that he “made himself the story,” but many found this charge fickle and spurious. Ta-Nehisi Coates’ Atlantic article “The Case for Reparations,” which argued in favour of compensation for African Americans, was a national sensation. Yet the prospect of a major Canadian publication printing a 10,000-word article advocating full reparations and compensation to Indigenous people is, frankly, inconceivable.

On the left, the acceptable political spectrum has become so slender that arguments against burning fossil fuels or mining are routinely marginalized to news about protests, rather than featured as reasonable public policy. In a telling appearance on Power and Politics during the 2015 federal election campaign, NDP candidate Linda McQuaig mentioned the fact that, if Canada were to meet its emissions targets, “a lot of the oil sands oil may have to stay in the ground.” Host Rosemary Barton didn’t just challenge her facts; she cut her off and demanded McQuaig repeat what sounded like a preposterous policy position. McQuaig was correct, yet media pressure subsequently forced her to backpedal. If simply stating an unpopular reality is inadmissible, what chance does the conversion to a renewable energy economy have?

The answer, of course, is that Canada’s “liberal” media can tolerate a lot of misinformation and bigotry, especially if it gets clicks. Canada is built on this kind of hypocrisy: it’s why our prime minister can wear rainbow socks while selling billions in arms to Saudi Arabia. Canada’s 150th anniversary has caused media to work even harder to uphold the mythology of Canada as a tolerant, liberal utopia. To challenge those myths remains far more dangerous to the status quo than promoting the Proud Boys. It’s the left who challenges the western chauvinism on which Canada was built; the extreme right, like McInnes and Leitch, simply offer a mirror into our racist past, and makes the present look rosier than it is.

Nora Loreto is a writer and activist from Quebec City. Her third book, Spin Doctors: How Media and Politicians Misdiagnosed the COVID-19 Pandemic, was released in December 2021. She’s the editor of the Canadian Association of Labour Media and, with Sandy Hudson, hosts the podcast Sandy and Nora Talk Politics.
Michael Stewart

Michael Stewart (@m_r_stewart) was formerly the blogs and opinions editor at rabble.ca.