Do Writers Deserve to Make a Living? | The Walrus
Skip to content 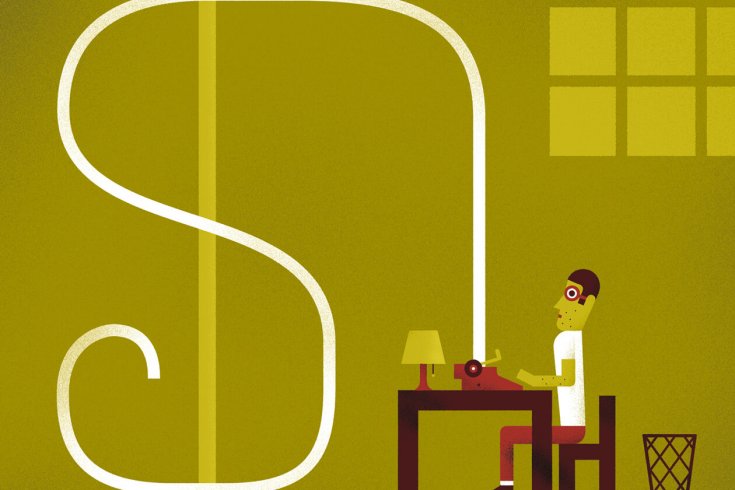 I recently participated in a Labour Force Survey, and calculated my weekly time investment at about seventy hours, though I’ve never made more than $10,000 per year off writing. Relying on teaching and editing—and this year, a grant from the Canada Council—I’ve still never cracked $30,000 per year altogether. When I began writing seriously, my mom advised me to marry rich; I’m dating a grad student. Yet even against self-interest, I have an ambivalent view of whether I should be making a living.

I don’t think I’m alone in feeling this way. Writers are the unacknowledged accountants of the world; get enough of them together, and the subject of money will probably come up. In my experience, writers either bemoan how hard it is to make ends meet, or stay silent. The silent sometimes have undisclosed sums behind them, or, I suspect, they also feel oddly unable to state a claim to a livelihood with any conviction.

Why? When I worked the graveyard shift at a bagel shop, I felt I earned every dollar. Even when I’m editing other people’s writing, the fact that I’m being paid seems only proper. But if I spend a few weeks on a short story, and never collect a cheque, I don’t feel I’ve been short-changed.

I can’t name a literary writer who would put their work on a level with that of doctors or firefighters—or even journalists.

A deep-seated anxiety about whether literary labour constitutes work has long pervaded the profession. In a rich critique of creative writing programs for the London Review of Books, Elif Batuman identified writing as a source of shame for many of its practitioners. How else to explain creative writing’s “fetish of ‘craft’,” she writes, “an ostensibly legitimising technique, designed to recast writing as a workmanlike, perhaps even working-class skill”?

True this may be, but writers are hardly the only ones who think their practice lacks some quality to distinguish it as legitimate work. I recall a relative once asking me what I’d been up to all morning.

“What kind of work?”

She was visibly perplexed. “Did you have to do it?”

“I guess it would be work if you had to do it.”

In North America, the formula is simple: Your living derives from your work. So the question becomes how we define work. Does it have to be painful? Does it have to satisfy a social need? Do you have to do it?

I share Batuman’s view that literary writing satisfies none of these criteria. Certainly it can be painful; it’s frustrating, dismaying, and, to say the least, ungentle with your self-esteem. But at the same time, there’s a romance to the so-called pain of writing—the existential confrontation with the blank page, the trash-bin full of crumpled paper, the mocking stack of rejection slips—rendering it similar to the savoury burn after hard exercise. The writing life operates at the intersection of pain and pleasure; it’s a permanent workday and permanent holiday. As for social need, I can’t name a literary writer who would put their work on a level with that of doctors or firefighters, or even journalists. The truth is that I need to write more than the world needs my writing.

This crisis of identity—is what I’m doing work?—extends from an even more fundamental one. Like most writers I know, I was actively pursuing my profession long before I dared to self-identify as a writer. Literature might have been central to my sense of self, but somehow I didn’t feel legitimate until I passed some threshold. I’m still not sure what that threshold was—getting published, getting paid, getting tired of incompletely introducing myself? Such uncertainty goes beyond the shame described by Batuman; it speaks to how a great many writers—frequently though not only for reasons of class, race or gender—feel unworthy of claiming a literary career, let alone deserving of regular cheques.

I decided to query some of my more outstanding peers—young writers of fiction, poetry, and essays—to understand their feelings about the viability of a literary career. “I do expect to one day make writing my sole source of income,” said Doretta Lau, the Hong Kong-based author of How Does a Single Blade of Grass Thank the Sun?, a short story collection, “even if this is a demented goal.” The Toronto poet Robin Richardson, whose third collection, Sit How You Want, will come out with Vehicule Press in 2018, has so far managed to keep herself afloat, though expressly not from royalties: “Book sales from poetry are enough to cover two trips to the dentist over the course of three years,” she said.

Many young writers have reconciled themselves to forgoing the bare necessities: “No children, no car . . . no home,” said Richardson. This can pose a challenge to attaining in life the self-sufficiency authors enjoy on the page. Morgan Jerkins, a writer in New York whose first collection, This Will Be My Undoing, is forthcoming, told me, “I want to get married and have a family, and I do wonder, if I’m going to continue being an artist, will I need to be with a partner that is more financially stable than I?” Jerkins shared none of my basic ambivalence, however: “Writing is a job and it shouldn’t be devalued just because it’s not medicine or law.”

There’s a historical basis to how we in North America value different lines of work, and how literature may or may not qualify. In a 1936 essay, Gertrude Stein said that “Americans have always felt that they were not employed but that they were hired which was an entirely different thing.” A tension between the labourer employed for a regular salary, and one hired to perform a particular job, remains with the literary writer. In Stein’s more Darwinian formulation, the American writer should be hired, which I take to mean in some way chosen from among the literary labour force.

Stein’s essay was composed against the backdrop of the Federal Writers’ Project (FWP), a New Deal initiative that stands, for American writers, as perhaps the only time a regular salary was available. Existing for eight years, and employing about 5,000 writers at any given time, the FWP bankrolled a list that reads like a Who’s Who of American modernism: Zora Neale Hurston, Saul Bellow, Claude McKay, Tillie Olsen, and Ralph Ellison.

“Actually to be paid for writing,” said Ellison, “why that was a wonderful thing.” But welcome as it was for many, the FWP was greeted with scorn by some American modernists. As detailed in New Deal Modernism (2000), a work of literary criticism by Michael Szalay, authors like Stein and Hemingway opposed the FWP. Making a living from writing, they felt, would corrupt the artwork: “Somehow if my writing was worth money then it was not what it had been,” said Stein, while Hemingway believed his art could only have a “complete existence” if he didn’t depend on it for a livelihood. This is a far cry from the notes sounded by my surveyed writers: “If I want to make a living off writing, I need to deliver something that a lot of people want to consume,” Lau told me.

Generally speaking, Canadians are more comfortable being employed, rather than hired; we’re much less wary of the corrupting influence of the state than we are that of the marketplace. Our government is expected to make the lives of artists fairly comfortable, and you can have a stable career in Canada producing work of very little market value. As Richardson told me, government grants function as “a safeguard against the extinction of poets” who “may not be popular with their contemporaries.”

Indeed, Canadians tend to lean toward F. Scott Fitzgerald’s position: “No decent career is founded on a public.” If Emersonian self-reliance is the foundational myth of the American writer, then the archetypal Canadian is more of a New Deal construct. As Szalay writes, the various initiatives of the New Deal made the arts “detached as much as possible from the determining equivocations of market demand,” a definition that continues to hold true for many of us bankrolled by the Canada Council.

Yet literary writers want to be chosen; we want to be hired, not employed. And so taken together, I find myself of two irreconcilble minds about a literary livelihood. My artistic instinct is that the writing itself should be divorced from financial concerns; but my social instinct recognizes this as impossible, and finally undesirable, when you consider how that necessarily vacates the field to those in positions of privilege. If something unifies the current, starkly different attitudes toward the viability of a literary career, it’s the underlying sense that every writer needs to discover their unique hypocrisy.

Michael LaPointe (@MWLaPointe) is the author of The Creep, published by Random House Canada in June. He has written literary criticism for The Atlantic, The Paris Review, and The Los Angeles Review.
Luc Melanson

Luc Melanson (lucmelanson.com) has done work for the New York Times, the Washington Post, Elle France, and others.